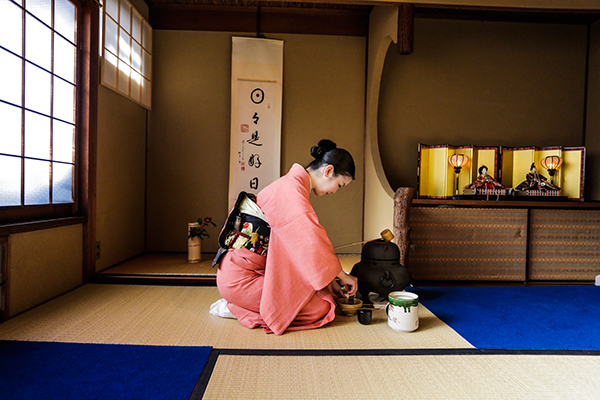 Roughly what I didn’t see

Only after I had attended a tea ceremony at  Yamamoto Keiko Rochaix  (19 Goulston Street  to 3 August*) did I receive a beautifully written formal invitation. I replied immediately with my apologies, for such are the paradoxes put in play by Yoi Kawakubo’s solo exhibition ‘I/body/ghost’. Kawakubo explores the nature of phenomena which are hard to pin down with a physical presence,  for example by sanding the gallery walls to form charts of share price movements. And he presents the Japanese tea ceremony in a room rendered totally dark.  Biscuits and tea are served, as the evidence of taste indicates, and the sounds  of what I – new to the ceremony – imagine are its preparation can be heard. There are two things going on here. First, the darkness, which alters the impact of our other senses and made me wonder whether what was said to be there was actually present: I was asked to admire the floral arrangement and calligraphic art which are integral to the setting. Second, there is the ceremony, which has an ancient tradition – originating in peace-making discussions between warlords – and has many precisely defined variants are possible.  Both darkness and ceremony are interesting in themselves, but the particular characteristic here was their combination. I was asked to imagine something I had never seen, whereas Japanese participants would have found familiar visuals replaced by a novel foregrounding of sound.  Either way, routine perceptions are challenged – which is, after all, just what art is meant to do.