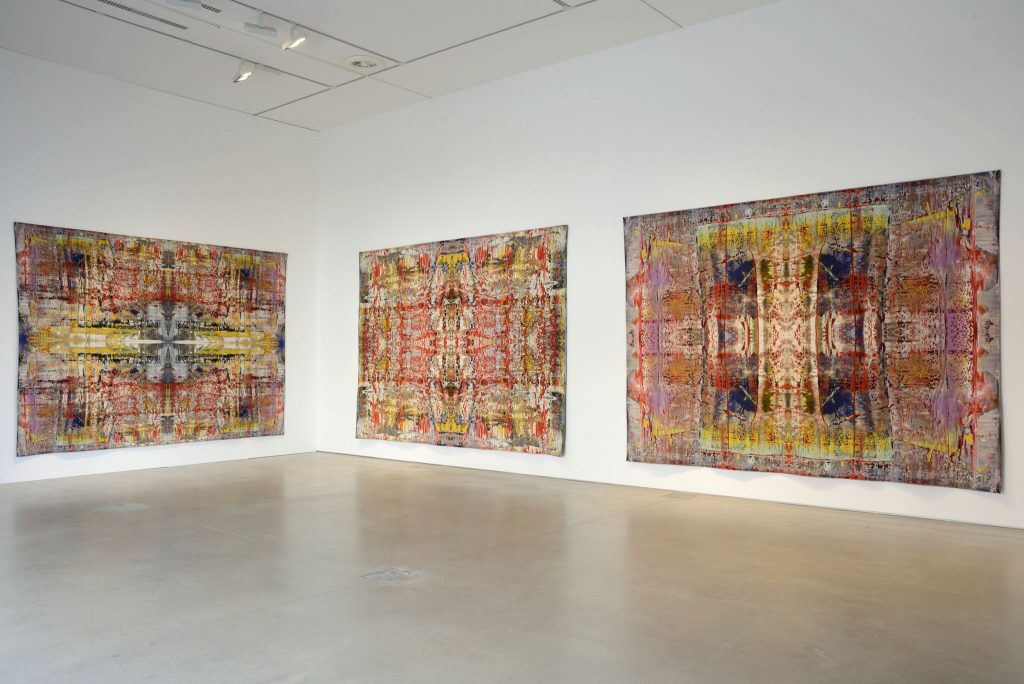 Gerhard Richter is the most expensive and famous living painter, so it is quite a coup for Southampton’s John Hansard Gallery to reopen with a major show of his work (in conjunction with Artist Rooms, to 18 August). The displays –  personally approved by the artist –  look great in the gallery’s relocated and expanded spaces. And it demonstrates the variety of Richter’s work that this is achieved with none of the blurred photorealism for which he first found fame, and only one example of the squeegee-dragged abstractions which are such darlings of the art market (record over £30m). Instead, there are tapestries made by multiplying reflected versions of paintings; close-up photographs of the surface of paintings; mirror-like reflective works; overpainted self-portraits; various grey paintings; photographic facsimiles of the iconic series of 48 Portraits presented in the German Pavilion at the Venice Biennale in 1972  – so returning them to their photographic origins in encyclopaedias; and a spectacular installation of ‘4900 Colours’, 2007. That has 195 panels each with a 5×5 block of colours in a towering space which conjures an impact comparable to Richter’s stained glass window at Cologne Cathedral (also 2007), which has 11,500 squares of glass in 72 different colours. Much of this relates to Richter’s exploration of the relationships between painting and photography, and only a very small proportion of the work features brush on canvas.  Moreover, Southampton City Gallery has a touring version (to 3 Sept) of George Shaw’s ‘My Back to Nature’, originally shown at the National Gallery. Add the current good weather, and a trip to Southampton can be warmly recommended. Indeed, it’s handy that I live there… 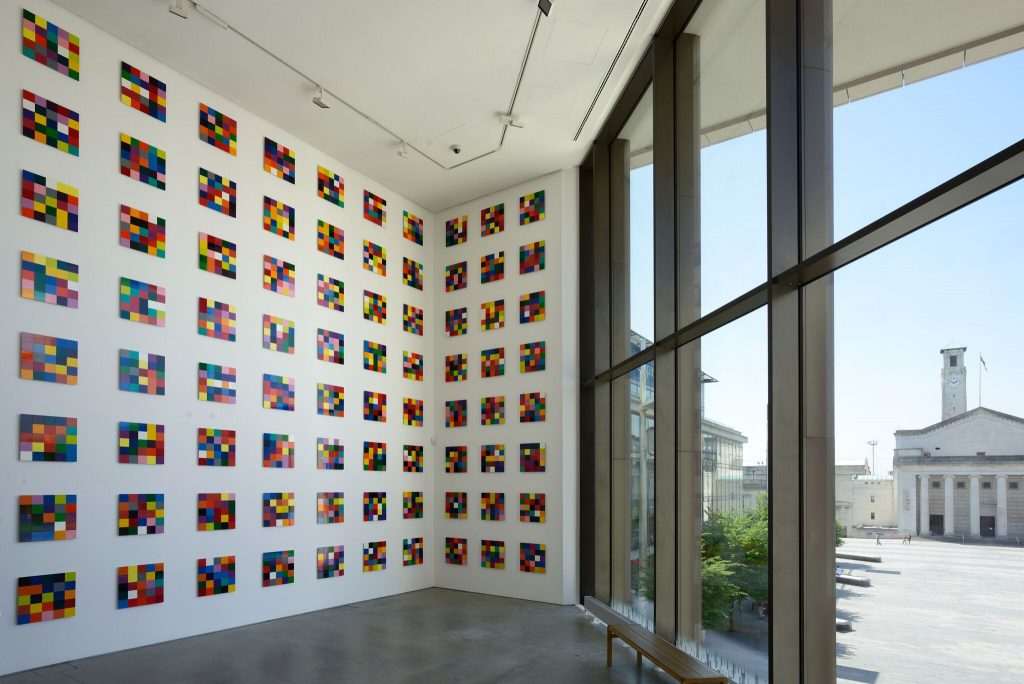