Until last week, I’d have said ‘moss + art (-Kate) = Andrea Büttner’, as the German artist has often exhibited moss gardens, having an interest in lowly forms and  how they connects to shame.

‘mosses have been associated with themes of being minor, of humiliation and judgement.’

But now two other favourites of mine have got in on the act. Italian Pier Paolo Calzolari is best known for using frost as a material, but you’ll also find salt, flame, lead, burnt wood, neon, tobacco leaves – and moss – contributing towards an alchemically flavoured sublime at White Cube (to 12 May).

The moss is described as ‘stabilised’, a process which sees the natural moisture replaced with a chemical solution to ensure its longevity. It’s the original 50 year old moss, so that’s a super-effective technique!  Lee Edwards is a British artist who has a knack for focusing us on the easily overlooked (used tissues, for example) so moss is a logical subject for his intense, detailed, isolating realisation.
It will be on show within a wider chance for the little-noticed to be seen: from April 6-8 a room at Tate Modern will, for the first time, be filled with art made by 135 of the four Tates’ own staff. That ‘Inside Job‘ makes sense: many art world roles are filled by artists who cannot make a living by art alone. Maybe not as unmissable as Picasso 1932, but certainly a good reason to visit that blockbuster this coming weekend. 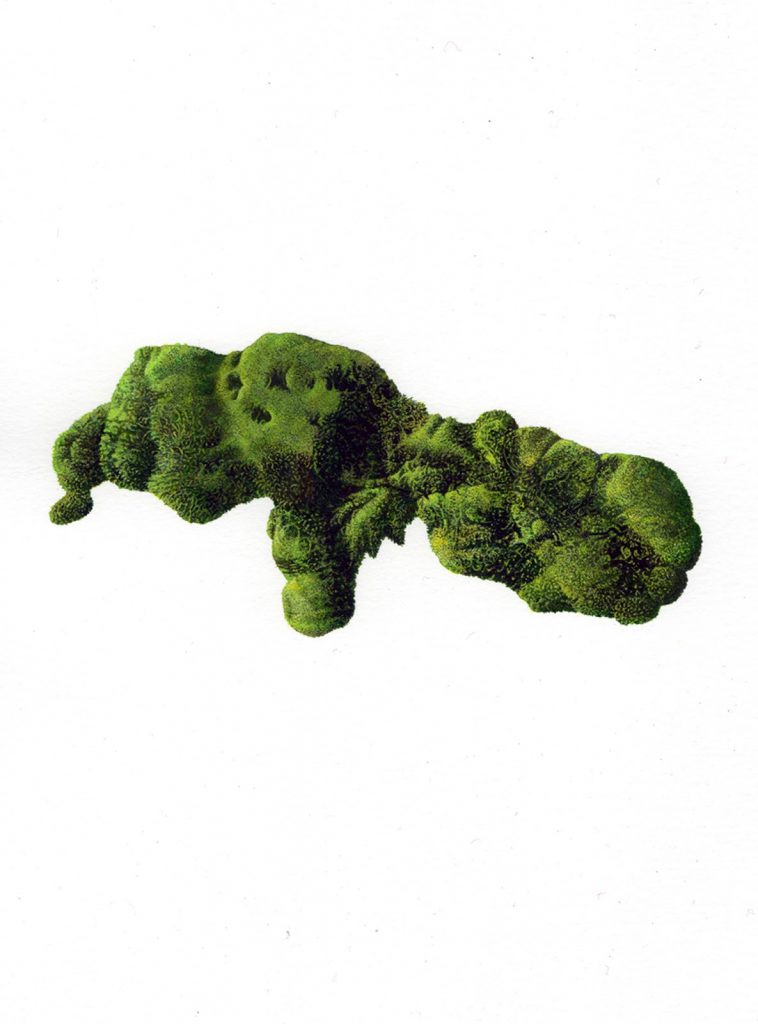 Art writer Paul Carey-Kent sees a lot of shows: we asked him to jot down whatever came into his head – formerly ‘on the train’ but, now that he’s retired from the day job, wherever he likes!