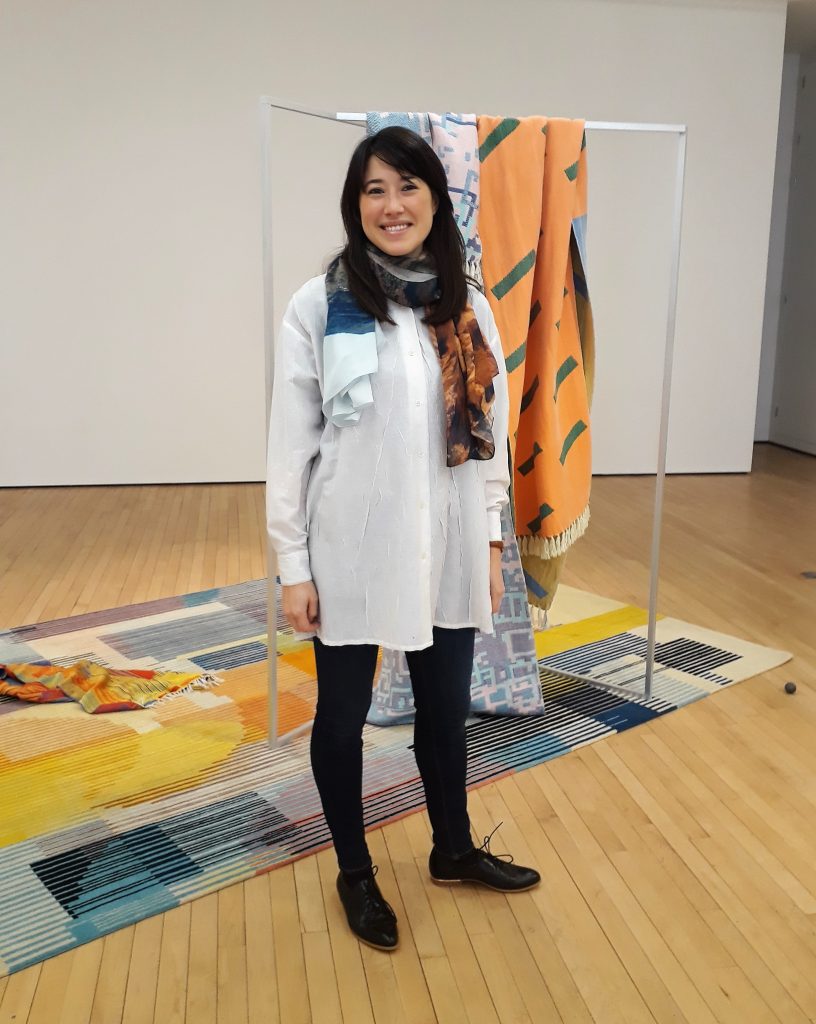 Lilah Fowler in her show ‘nth nature’ at Assembly Point

If Mayfair is London’s main gallery hub, what comes second? A couple of years back, Fitzrovia and the East End would spring to mind. Now a case also could be made for Vauxhall or (despite The Sunday Painter moving from Peckham to Vauxhall recently), Peckham. Consider my itinerary last Saturday: (1) A crisply conceived Magali Reus solo at the South London Gallery (bonus balls: Free.Yard and the Orozco Garden, plus an extension due to open in September). (2) Lilah Fowler’s back and forth between digital and material in Assembly Point’s impressive space (bonus ball: performance on 13 April). (3) An interesting mix of youngish American painters at Rod Barton (including the octothorpe candidate below, Alicia Gibson’s declaration that she ‘only dates assholes’). (4). Luke Burton’s changing room screens and paintings of hairy chests, their owners quite probably qualified to date Gibson, at Bosse & Baum. (5) The chance to have your hair cut while taking in Sue Tompkins at dkuk. Sadly, I forgot to ask dk (owner Daniel Kelly) whether chest rug trimming was available. (6) and (7) were 2 x two person face-offs at Arcadia Missa and MOCA, and (8) A fascinating mix of ‘Mindscapes’ at bo.lee gallery including Hannah Brown’s paintings of land due to be built on by Tesco in front of a carpet shaped to plot the land at the painted scale. Add the unvisited – on this occasion Hannah Barry (between shows) and Flat Time House – and Peckham has a case… 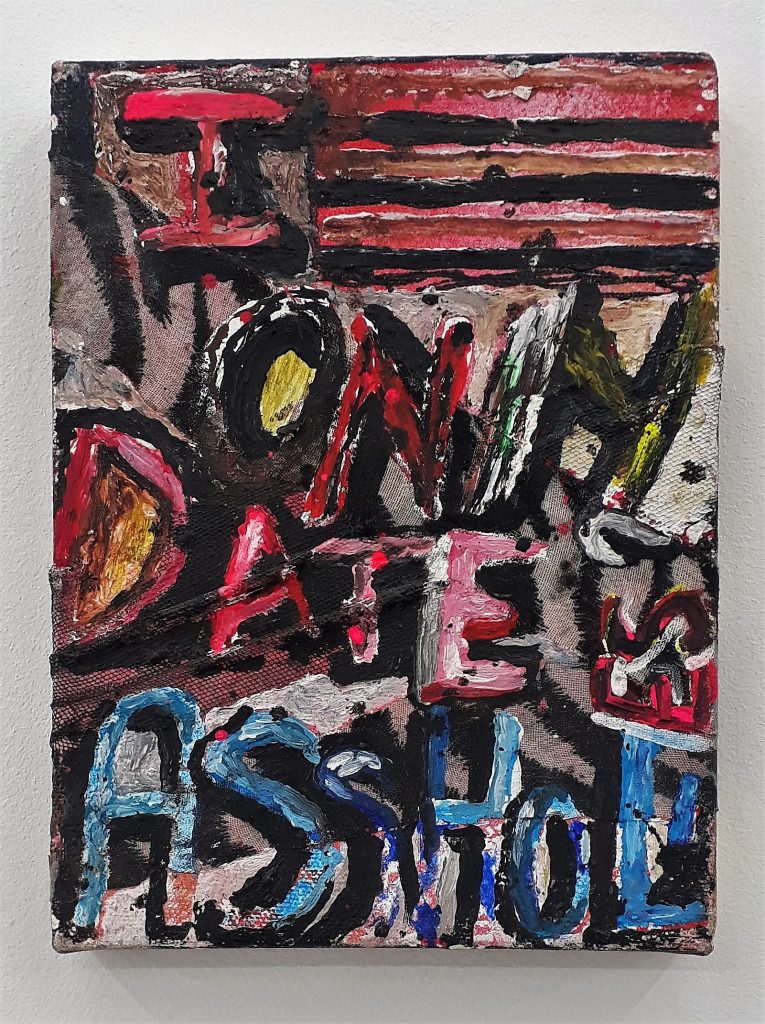