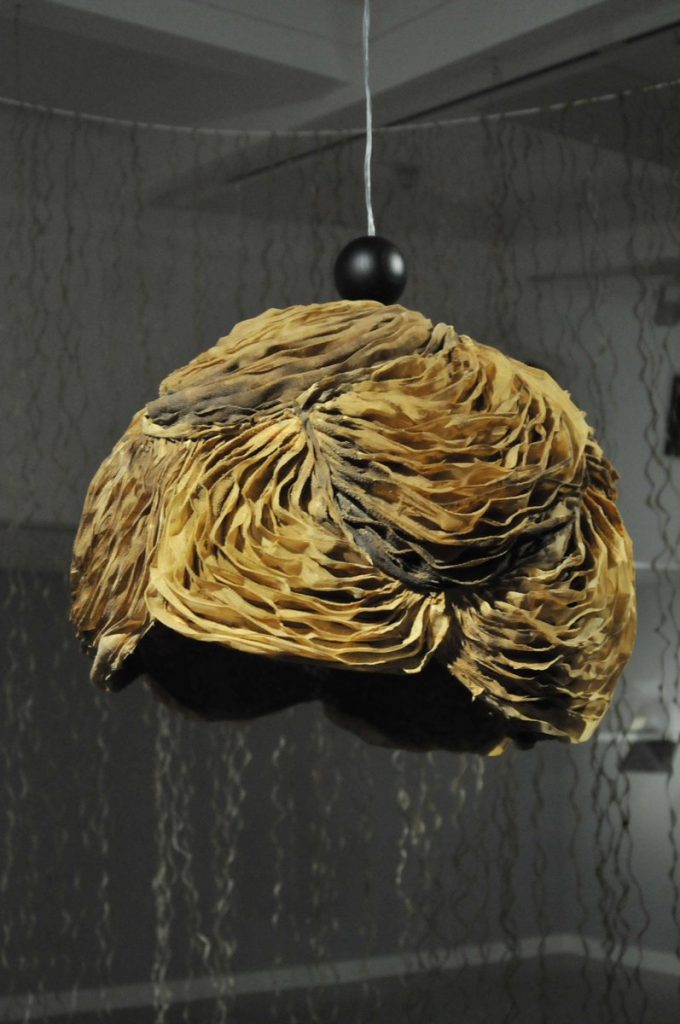 If you want striking art interestingly set yet conveniently placed, I can currently recommend the Grant Museum of Zoology near Euston. In among its time capsule cabinets of the bizarre – a chimpanzee’s hand, flying squid and dinosaurs, a giant turtle shell, all sorts of skeletons – Elpida Hadzi-Vasileva‘s artworks are sufficiently at home that you need the map which pinpoints their location (‘Internal Beauty’, to 28 March). The Anglo-Macedonian artist’s materials reinforce the commonality: lights made from sheeps’ testicles, a ‘bible’ of caul fat (which encases pigs’ intestines), a cow’s stomach forming a self-portrait.  Rather as Arte Povera triggered a re-evaluation of poor materials, she shows that internal organs which we tend to avoid have a potential for beauty as well as obvious utility. One stylish swipe of pigment turns out to be printed from a cow’s anus, taking process-based abstraction in a direction not seen since Morten Viskum painted with a severed dead man’s hand. Add less gruesome instances – such as a flower made from quails’ beaks, a formation of rabbit jaws and ‘Gill’s Slits’, which combines the wing-like skeletons of several skates – and you have an unusual show in an unusual location. 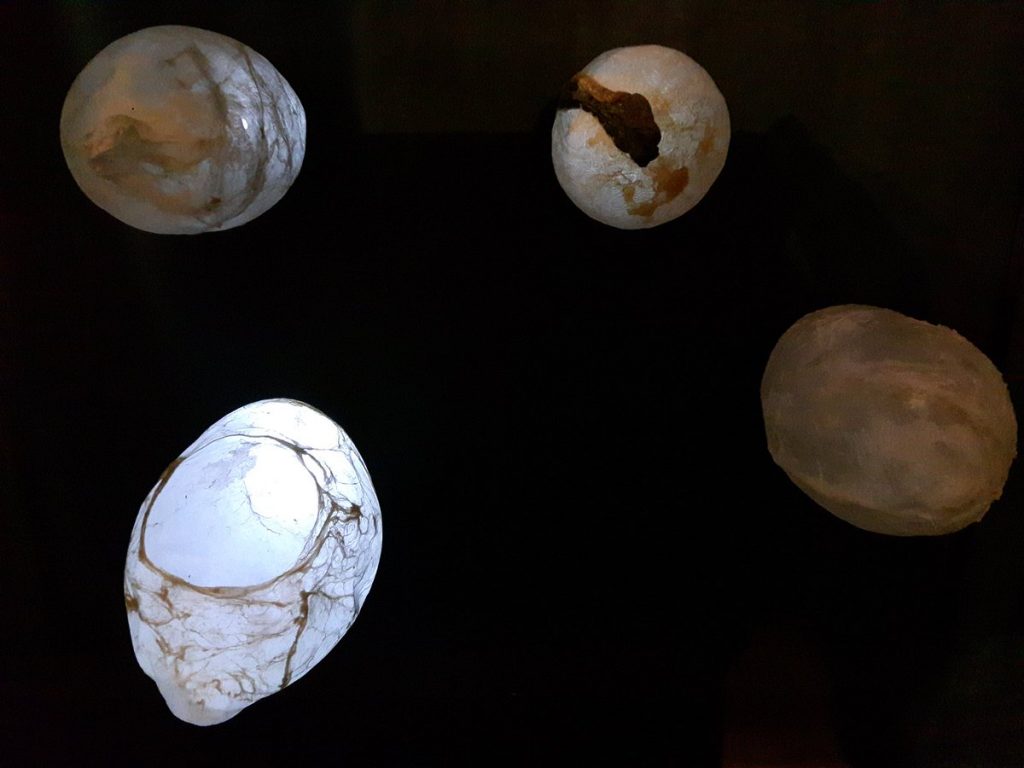