FORM is the debut exhibition in a three-part series to run over the course of 2018. NEW WORK: FORM, SUBJECT, MATERIAL aims to exhibit selected groups of young, international multidisciplinary artists who bring distinct voices and striking approaches to these three fields of enquiry. 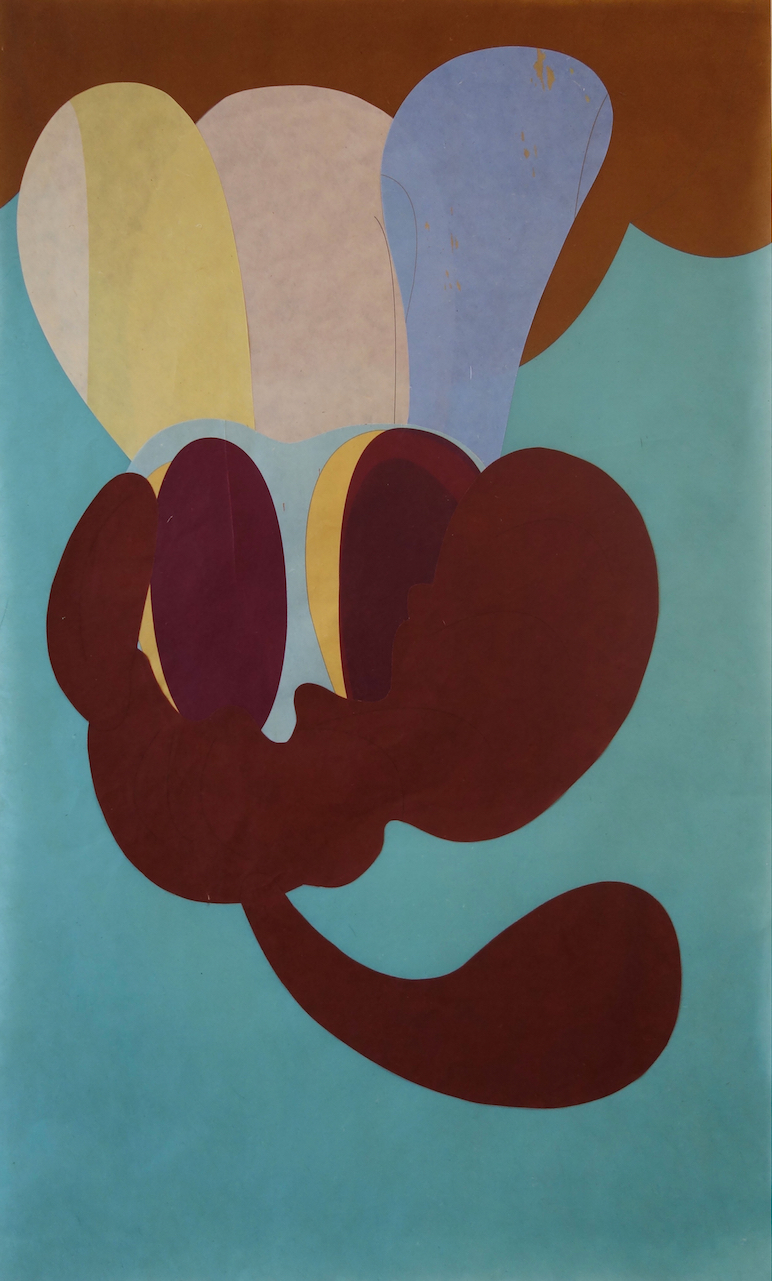 FORM is presented as a meeting of painting, sculpture, digital art, photography and mixed media works, examined through a dialogue between formal geometric structures and organic compositions. Explored throughout the exhibit is how these individual artists translate their subject matter and surroundings into the elemental, symmetrical or biomorphic. The exhibiting artists can be compared and contrasted through their differing contemporary engagements to form, not only through fabrication and rendering, but for their individual application of their unique artistic visual languages.

The three-part series format is inspired by a programme devised at Green Gallery, New York. Between 1960 and 1965, curator Richard Bellamy chose to exhibit the work of emerging artists who were redefining what art was, taking it into new directions, and using materials and forms in innovative ways.

Despite significant differences in practice and process, the works of Vanessa Da Silva, Katja Angeli, George Rouy, Asger Carlsen and Cristina BanBan all consider the human form as subject, whether it be through a more conceptual investigation or an overtly literal representation of the body. In part, Da Silva’s sculptures, and Angeli’s assemblages both examine and translate the human form in movement and specifically dance. The shape and form of these works are suggestive of the body in motion rather than explicit in the representation of the body itself. This is distinct from Rouy and BanBan, who subvert and modify natural human appearances. Their aesthetics forge a lineage to tropes reminiscent of early modernist movements, choosing to exaggerate the human form by means of heightening characterisations. Similarly, the other worldliness appearance and deliberate distortion in form and pose of their subjects can be exchanged for metaphor or allegory. 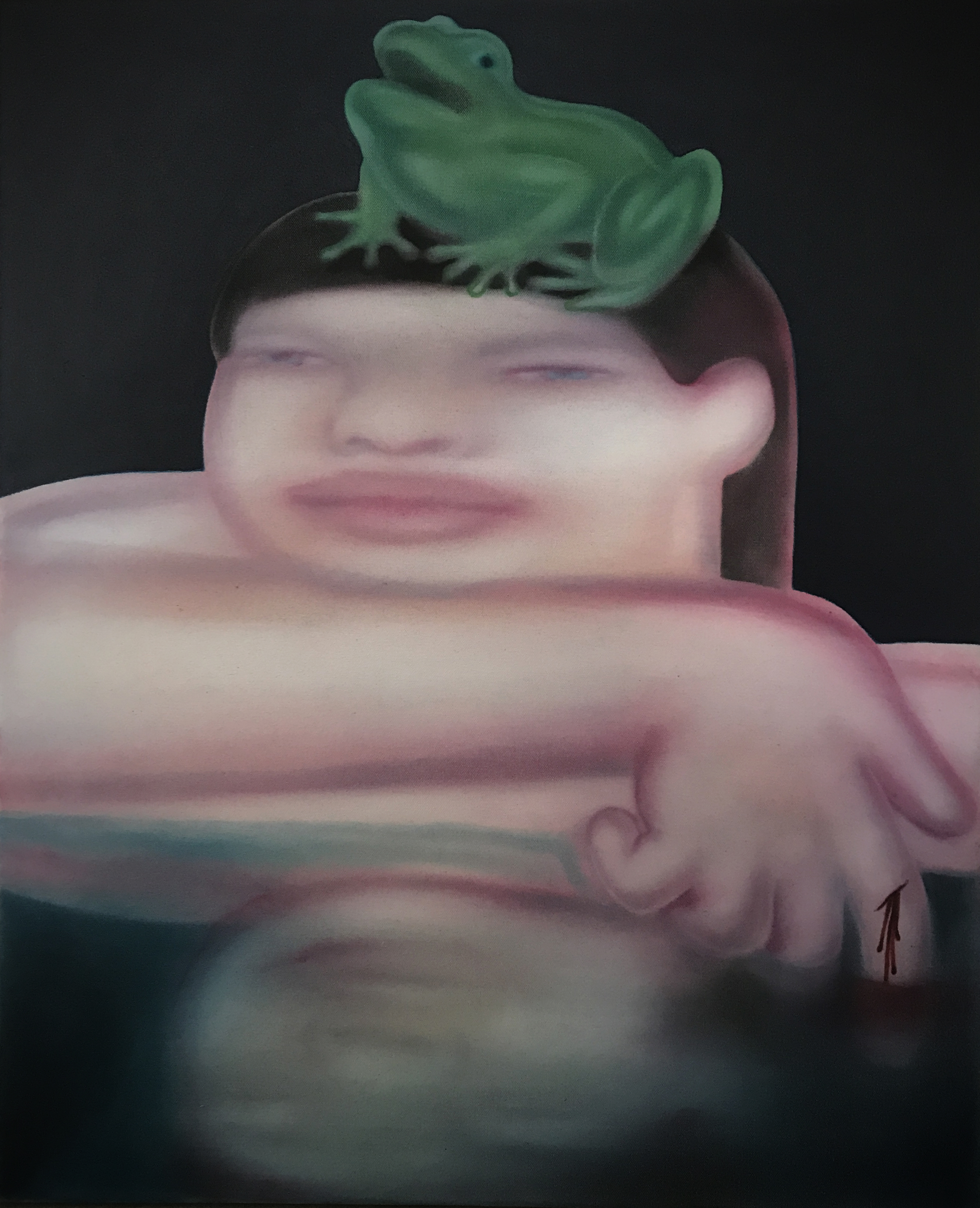 Sif Norskov and Laurence Owen look to literature, including Folklore, early Mythology and Magical Realism as the foundations of their respective visual languages. Near recognisable objects and plant life are interchanged for the human figure throughout their compositions. Ambiguous in their placement, these shapes toy with what we perceive as the real and the imagined through planes of colour and forms
that shift between representation and abstraction. 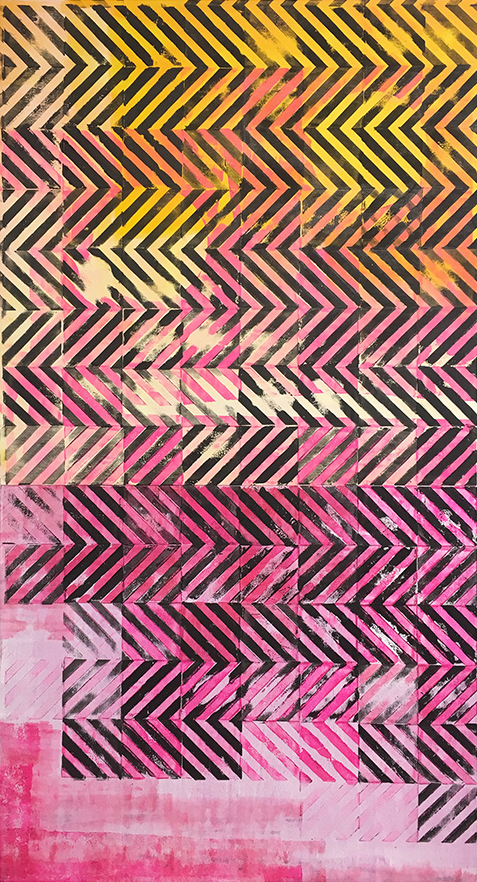 Pattern and abstraction are explored in the works of Dominic Beattie, Joseph Goody and Will Spratley. In particular, Goody and Spratley’s works are comparable in their embrace of geometry and formal shape, yet polarising in artistic intention. Goody’s methodical, process lead compositions question how materiality of paint can create a space that forgoes regularity and still resonates with emotional, and even figurative ideas. Goody’s gestural abstraction becomes a vehicle for expression, where Spratley’s sculptures urge us to consider the minimalist potential in everyday objects and surroundings. Spratley’s wall-mounted constructions are, in fact, direct abstract conversions of items found in his bedroom, including renditions of a football shirt and a David Hockney art exhibition poster. In this display, a tension is cultivated between organic manual means of representation and the appearance of something machine-like or systematic. Meanwhile,Beattie’s large scale abstract paintings concern the development of unique patterns and tie together the systems employed by both Goody and Spratley. Here, we see a lineage to tribal iconography, with geometric form applied to create an intense visual experience through the use of bold block colour and rhythmic outlines.

For Tristan Pigott, James Tailor and Realf Heygate, traditional painting resides at the heart of their practices. For all three artists, painting is the threshold to broader concepts, and all choose to push its limitations through their application of sculptural and digital accompaniments or counterparts. These expanded practices are direct challenges to notions of the artist hand, authenticity, perception and the medium itself. Tailor’s large-scale freestanding work is formed from sheets of a material made from paint, encased in a dissembled easel, confronting the distinctions between painting and sculpture. Similarly, Pigott and Heygate subvert traditions of painting through the canon of still life and trompe l’oeil aesthetics. Heygate converts his highly detailed paintings of archaeological artefacts into digital 3D objects as a means to explore the conversion of two-dimensional images into virtual spaces, a challenge to archival lineage in a digital age. Pigott’s unique brand of high realism figurative painting has recently evolved into sculpture. In its veristic details, ‘Slipped Wink’ toys with our immediate perception, but also bolsters Pigott’s continued exploration of how human ego is translated into the inanimate object, such as a chair. 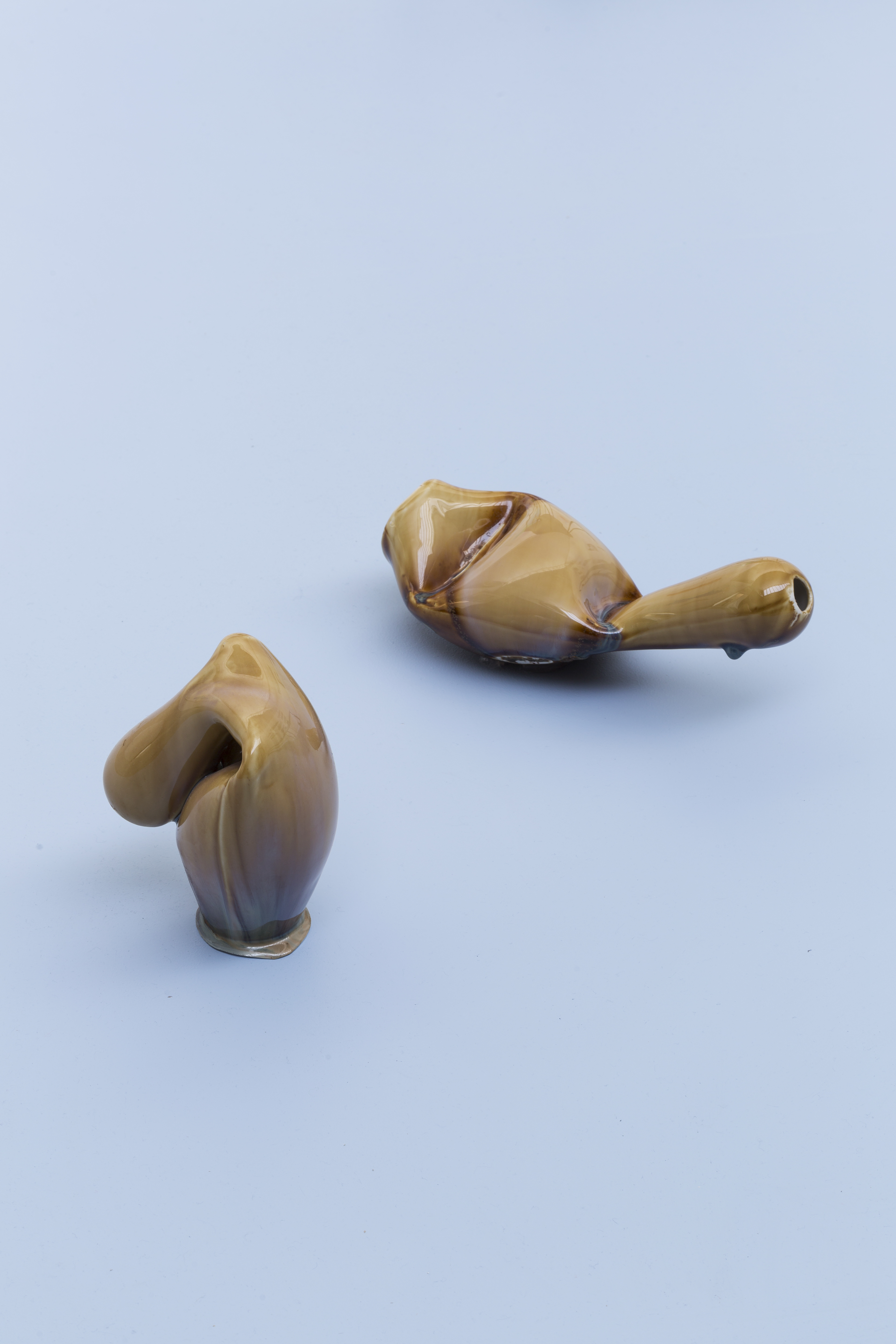 This approach to humanising the inanimate can also be viewed in context with Paloma Proudfoot’s sculptures, that are often realisations of borrowed shapes reminiscent of typically manufactured objects such as the bowling pin. Her interferences provide the ceramic interpretations with a human-like tactility that borders on the uncanny and surreal. Furthermore, Asger Carlsen’s photography utilises in-camera and post-processing techniques to interfere with the original image, creating unsettling images that sit uncomfortably within
his candid, seemingly truthful world. Treating the digital image as raw material, his work erases the limitations of traditional photography and blurs the lines between photography, drawing, and sculpture. Carlsen’s ‘Hester’ series was created by photographing nude models in his studio, then setting to work at the computer, methodically erasing and reconfiguring any semblance of human anatomy. The works are rendered as digital sculptures of otherworldly flesh and bone, and exist in large black and white prints. As an extension to this series, Cob Gallery is pleased to exhibit one of his ‘Black Digital’ works, which resembles a material mass; similar to a lump of clay, but on closer inspection is a composite of barely recognisable human forms. 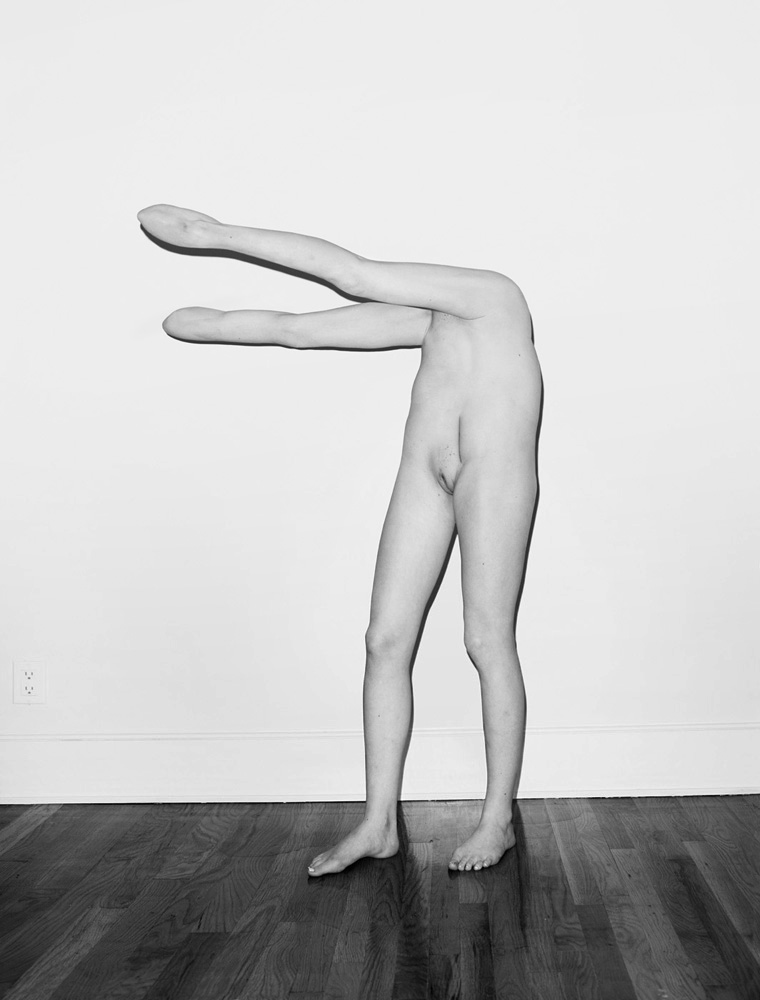