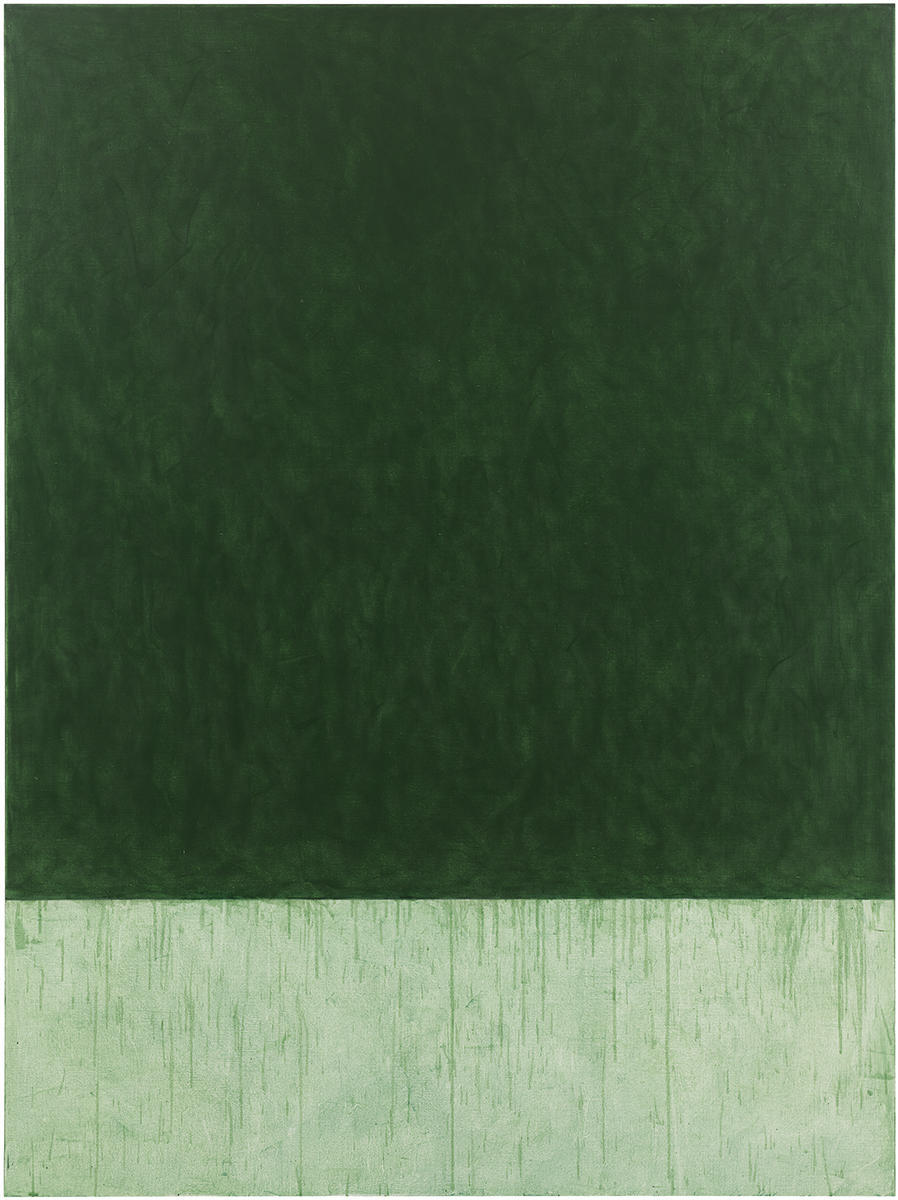 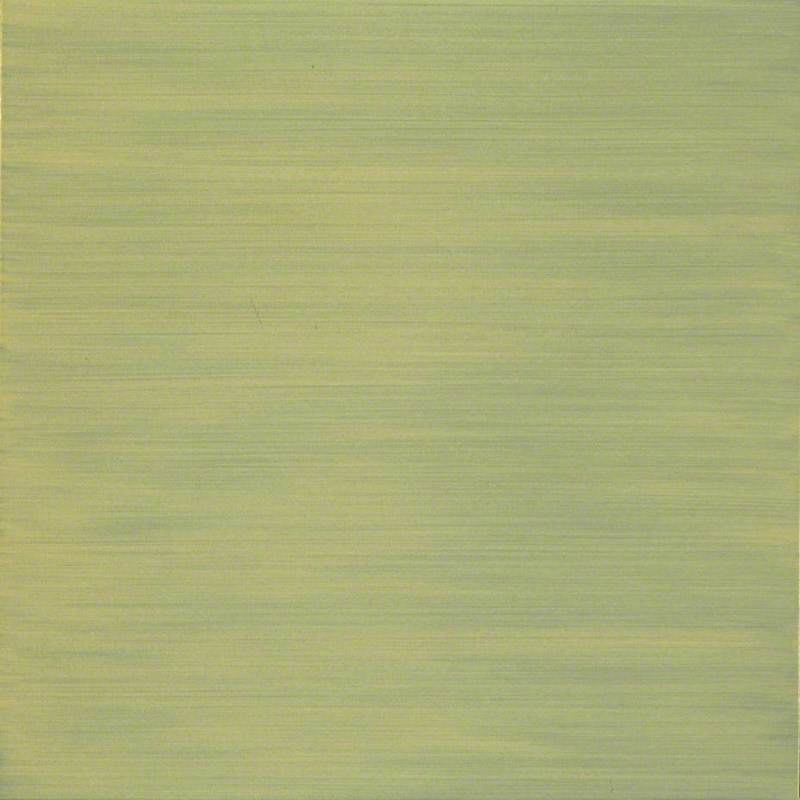 The Grosvenor Hill Gagosian has (to 15 Dec) a rigorous suite of paintings by Brice Marden, highly regarded in the US for 50 years but hardly seen in the UK this century. Marden made his name with lyrical monochromes in the 1960’s, to which he has returned using terre verte (green earth), an iron silicate/clay pigment widely adopted as a base for flesh tones during the Renaissance. Ten eight by six foot paintings employ ten different brands of terre verte oil paint, revealing the considerable variation stemming from different earth sources, and suggesting a mossy forest floor in changing degrees of shade. A ‘run-down’ area at the bottom hints at each painting’s enactment. The idea of making the paint used the subject as well as object of a painting is itsef becoming a small tradition. Indeed, Tate Modern is currently displaying six of the 53 ‘history paintings’ which Maria Lalic made from 1995-2004. She used smooth horizontal brushstrokes to apply thin glazes of all the colours in a Winsor & Newton catalogue which grouped paints into the eras in which they were available. ‘Naples Yellow’ is from the ‘Italian’ period covering the 16-17th centuries, of which it constitutes a chronology of pigments, terre verte included. Lalic has said she is ‘excited by recognising a time and place through colour’, Marden speaks of ‘harnessing and communicating some of the powers of the earth’. I imagine they’d be happy to own each other’s quotes. 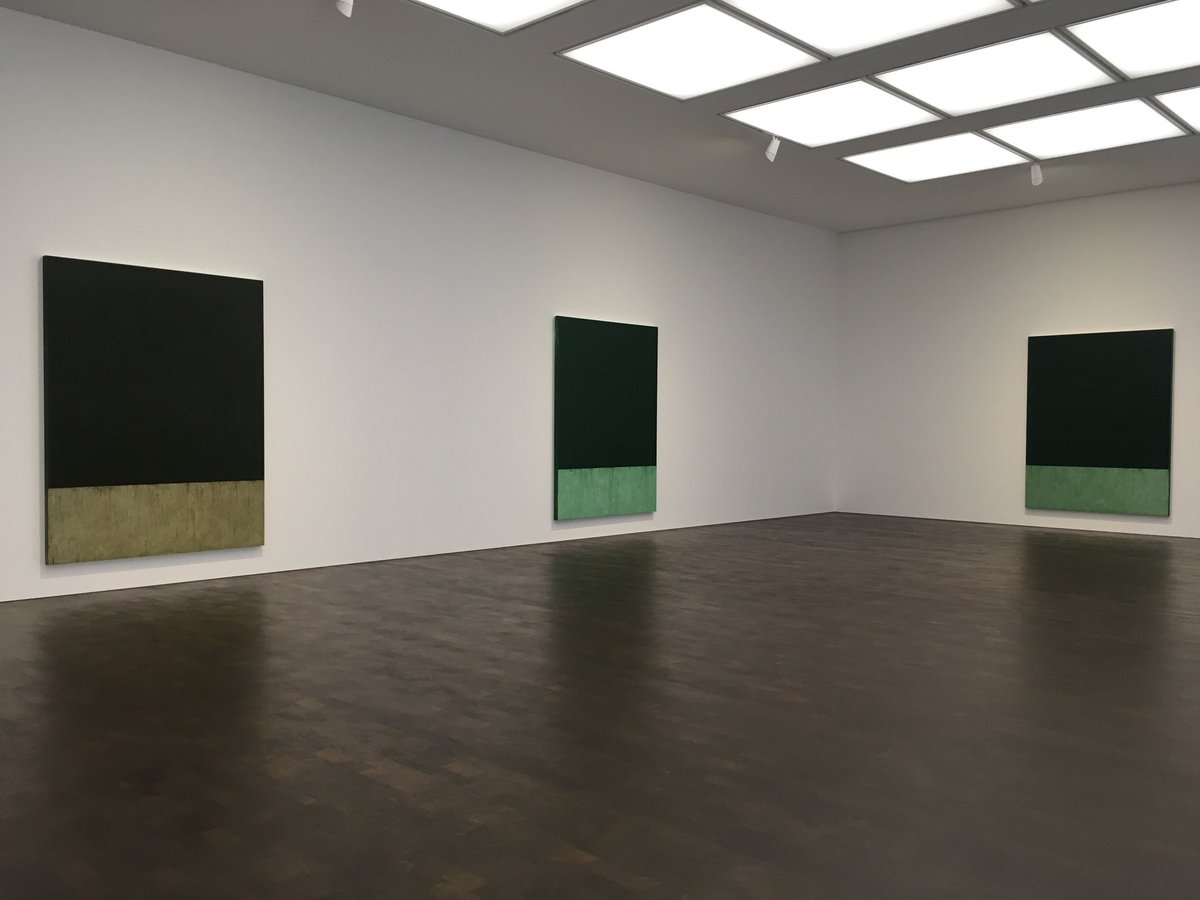 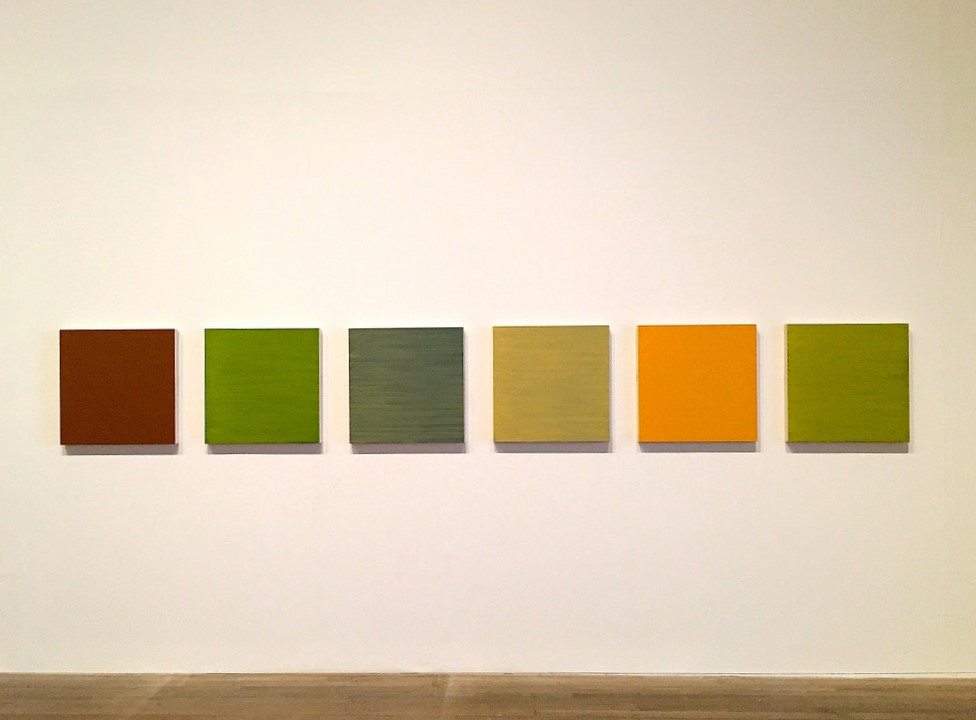 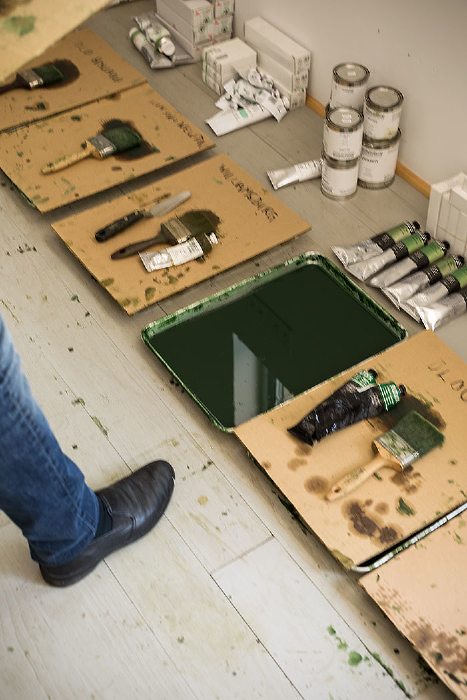 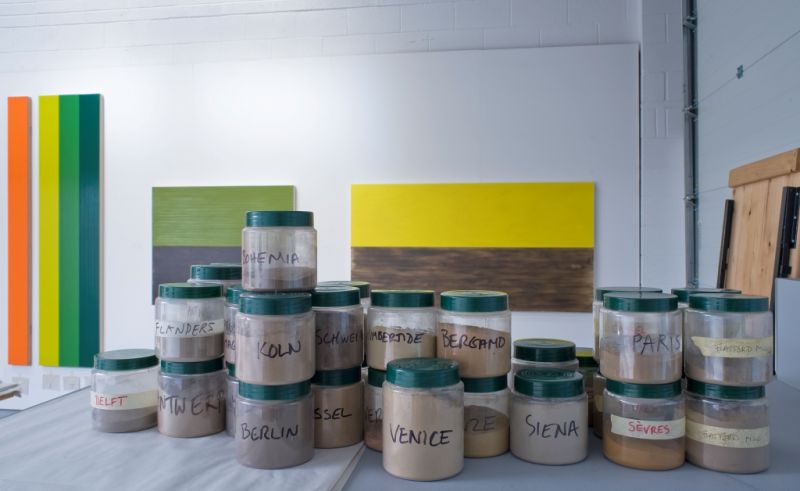