Joyride is a community-focused live event, which brings together personal and social narratives around the automotive industry in the West Midlands, informed by the artists’ upbringing in the heavily post-industrialised Black Country. 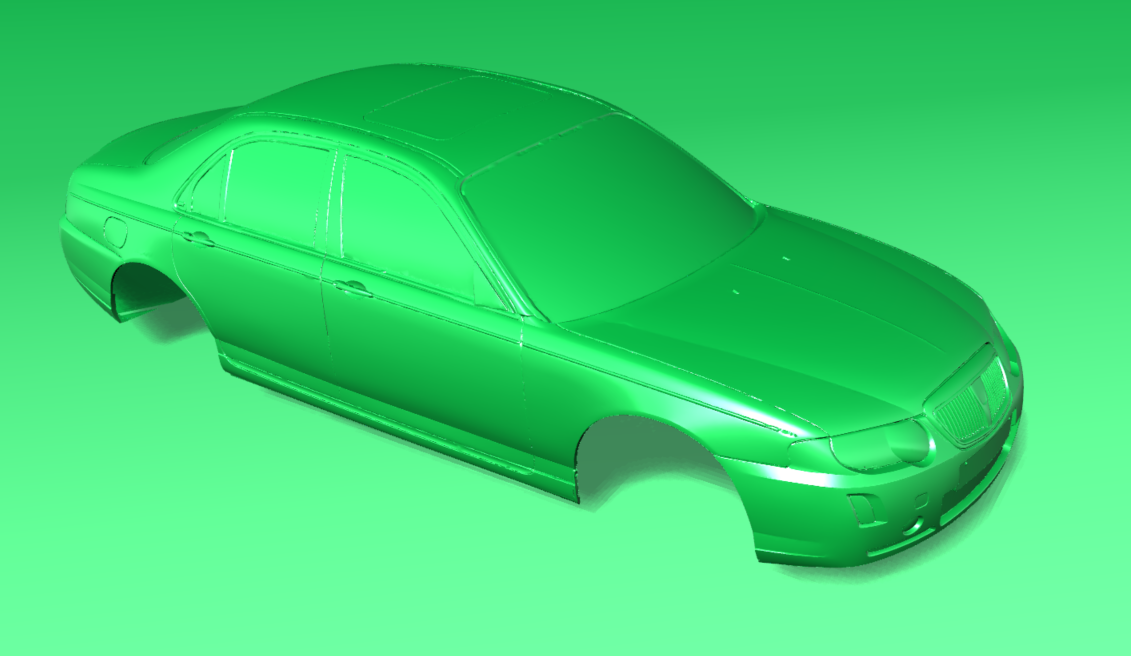 On 30 September at Cannock Chase Forest’s Tackeroo site, Keith Harrison will release a life-size clay replica of the final Rover 75 to leave the Longbridge car plant in Birmingham, down a temporary 10-metre ramp. Joyride will commence at 5.30pm with a public viewing period, prior to the car being elevated to the highest point of the ramp. The model will be released at dusk and accompanied by a specially commissioned soundtrack. Audiences driving to the event will be parked along both sides of the ramp, illuminating it with their headlights alongside members of the Rover Club.


The artist has worked with world-renowned car-modeller Anthony Tovey to reconstruct the classic Rover 75 in plywood, polystyrene and clay. Tovey plans to manipulate the car’s clay façade ‘to communicate a sense of construction’ through visible joins and fingerprints, whilst retaining detail in the statement Rover badge, using clay from the nearby River Rea. The river runs through the former Rover works at Longbridge and the Black Country estate where Keith Harrison’s parents still live.

The construction of the car and ramp is central to the commission, involving members of the community, volunteers from schools and colleges, and specialists from the automotive design field; and using materials sourced from the local area. The 3D scanning of an original Rover and the construction of the clay model will both take place at Bournville College, where the former Longbridge car plant once operated. The monumental ramp, from which the car will be released, will be constructed with the help of volunteers, using felled wood from Cannock Chase Forest.

Joyride is a £30,000 commission made through the second edition of Jerwood Open Forest.

Cannock Chase Forest and the Birches Valley Forest Centre lie in Staffordshire (West Midlands) between the towns of Stafford to the northwest, Cannock to the south and Rugeley to the east. Birmingham city centre lies 20 miles south. The site is used for a variety of outward bound activities and open air concerts.

Joyride is a one-off event so spaces are limited and booking essential; tickets are £5 per car (redeemable at the on-site catering for refreshments) and can be booked via Eventbrite.

About Jerwood Open Forest
First launched in 2013 and now in its second edition, Jerwood Open Forest is a collaboration between Jerwood Charitable Foundation and Forestry Commission England with the support of Arts Council England.

From an exceptional response of strong and diverse proposals, five projects were selected for a six-month research and development period. The artists each received a £2,000 research and development fee and support from Jerwood Visual Arts and Forestry Commission England to expand on the concept of their proposal and explore potential sites through this phase.

During the Research and Development period, shortlisted artists Rebecca Beinart, Magz Hall, Keith Harrison, David Rickard and David Turley each expanded upon their initial proposals, exploring the notion of art in the public realm, by definition and in practice. In the second Jerwood Open Forest exhibition (2 November – 11 December 2016), the artists present new works which serve as a distillation of their Research and Development period, comprising painting, sculpture, installation and film. The presentations are diverse in terms of process and materials but are united by themes of loss and legacy and transformation.

ARTIST OPPORTUNITY: Get £30k for an art  commision.