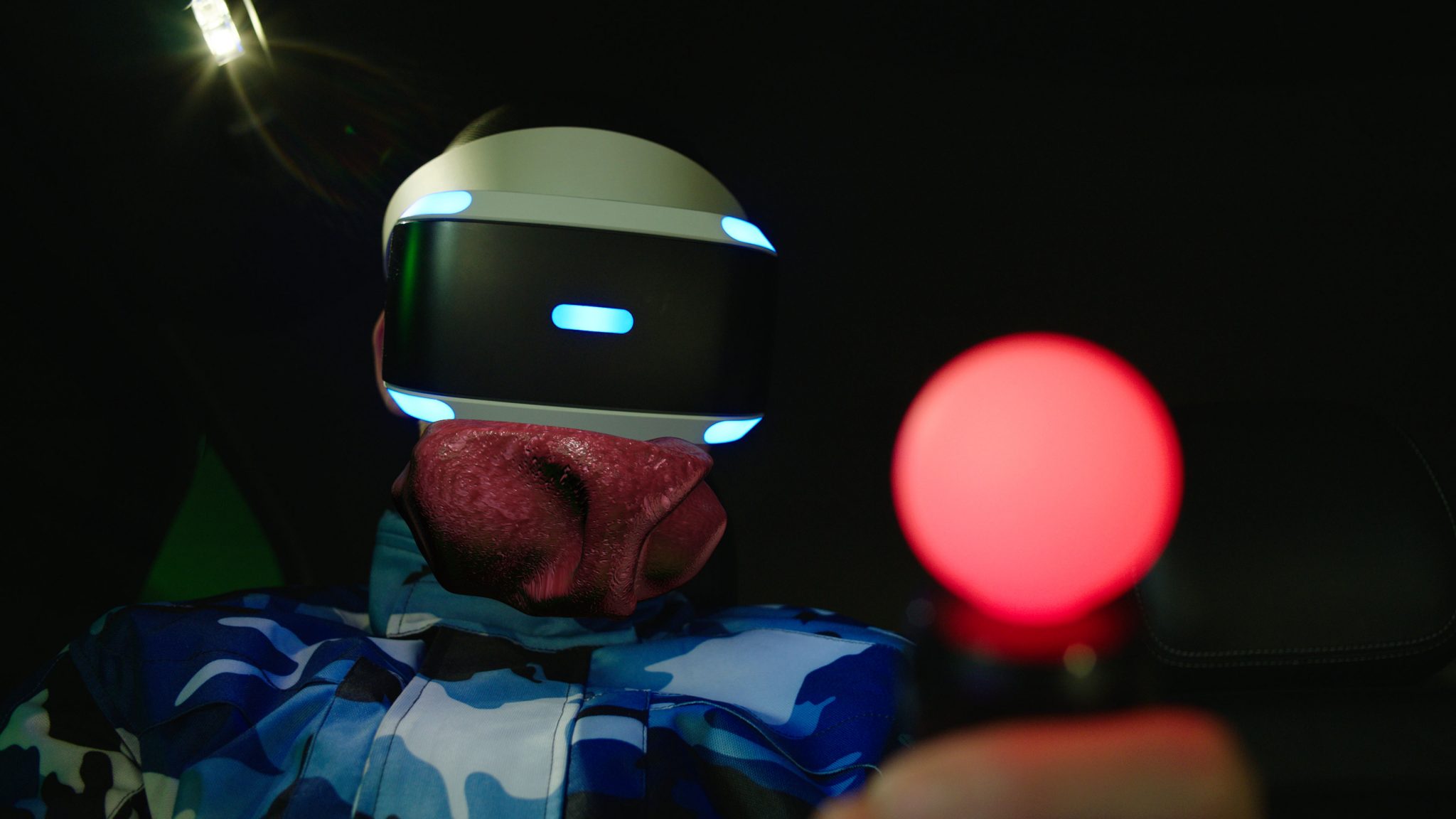 In drawings, sculptures, videos and computer animations, Elliot Dodd responds to the brash and awkward nature of consumer products and contemporary masculinity. His work uses diverse points of reference, both contemporary and historical, to reflect on the fundamentals of human desire as they are shaped through channels of technology, emerging as hyper-smooth surfaces and absurd objects.
For his first solo exhibition, The Manbody, Dodd has produced a new 4K digital film that borrows its stylistic structure from Hip Hop music and commercial promotional videos. The focus is on a conversation between two characters, seated in a luxury people carrier in an underground car park. One of the characters, wearing a camouflage jump suit, is immersed in playing a Sony Playstation VR system throughout. The Manbody forms part of Dodd’s ongoing research into the status and function of Virtual Reality technology.

Plato’s Timaeus, written c. 360 BC, forms the starting point of the script, a dialogue that addresses both the nature of being and base bodily functions from a hyper-masculine viewpoint. Dodd’s fascination lies in how such an all-encompassing worldview meshes together the messy details of organic matter with a longing for a system of universal order. Dodd reformats his sources through precise text and video editing and the use of computer generated avatar masks overlaying the filmed footage. The overall effect is of a reformed reality in which many constituent parts – language, music, animation and filmed footage – are layered and stacked into a fluid and shifting new shape. 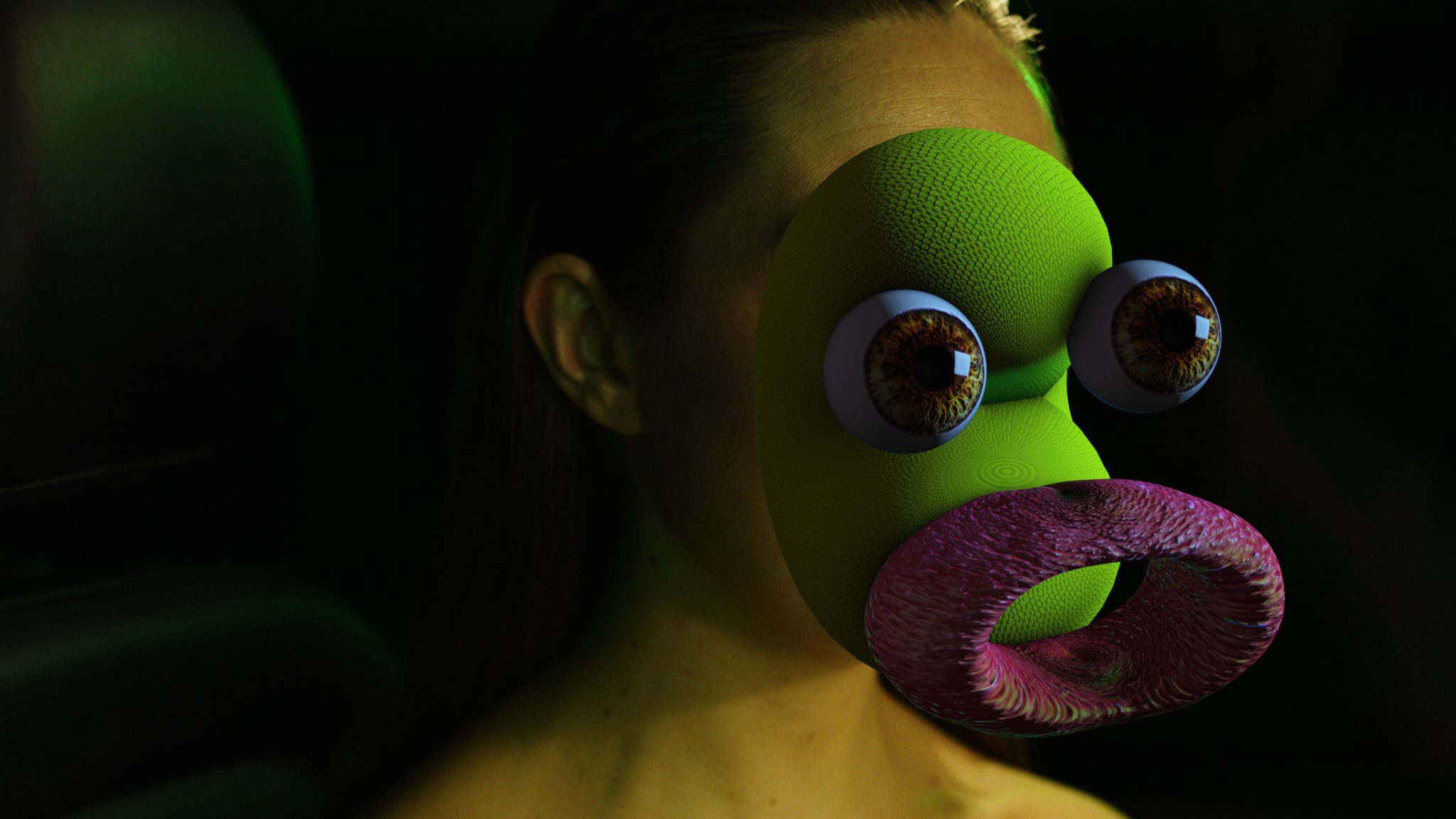