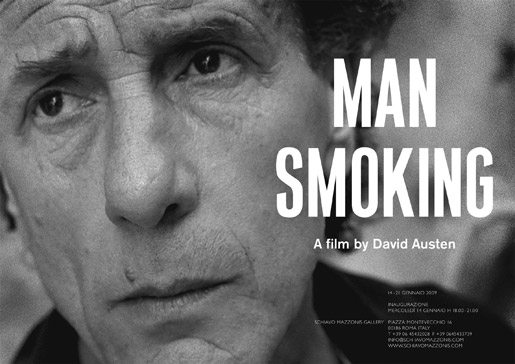 1. What did you show at Strangelove Festival in March?

“I had spoken to a man who asked “did I know that Enzo Cucchi is allowed to smoke in any public bar he wishes to in Rome”, flouting the anti smoking laws now commonplace in Europe. I replied that I didn’t know this, thought it daft, certainly untrue and hoped, of course, that it was the opposite.

I began to think that it would be a lovely idea to film Enzo Cucchi smoking in a bar in Rome. It would be a continuation of themes I had explored in two previous moving image pieces I had made, Smoking Moon and Crackers.

I decided that it had to be in black and white, 16mm and shot with a wind-up Bolex camera. It would be called Man Smoking… there is something about film running through a camera, daylight and a man smoking, breathing and thinking that just seems right.”

Depends on the work

5. If you could choose to show your artwork in a non-traditional art setting, where would that be?

I have already done that, shown a film in Burns Monument in Edinburgh for instance, there are always magical spaces, indoors and out

It is a shame and a problem that film is increasingly expensive and difficult to process, especially black and white, a double shame as a new hybrid medium has arrived with creating works in film then scanning and projection at the extraordinary quality available today.

StrangeLove Festival will be happening throughout the year, stay tuned via: http://bit.ly/2nUHj4U 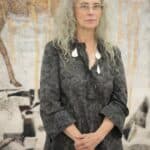 Kiki Smith at Lorcan O’Neill, between Earth and Cosmo