BODY explores the relationship between the mental and physical, through the stories and bodies of Elettra, Antonio, Sara, Lolita, Numa, Moussa and Mari, who are all presented both dressed and naked.
BODY also addresses the theme of sexual identity and the dichotomy between natural purity and artificial control, that is, the possibility of modifying it by adapting it to one’s personal desires.
It’s also notable that the depiction of the nude today is hostage to the strict rules of social networks, a censorship that influences society and is reflected in the ironic, surreal and elegant approach that Ottomano transmits in BODY also thanks to the music produced 19’40 ”. For this reason, BODY is available for free exclusively on the OnlyFans profile of NSS magazine, one of the social networks that is revolutionising digital content creation and the porn industry. NSS is the first Italian magazine to explore the potential of entertainment content through OnlyFans:

NSS was born in 2009 originally as naplesstreetstyle.it, a blog that was one of the first to introduce streetstyle photography to Europe. In 2012 the blog evolved into NSS magazine, a digital platform based in Milan, that became one of Europe’s leading voices for fashion, streetstyle and pop culture. Offering a unique approach to news and trends that are shaping the world of fashion and culture today, nss magazine works as a tastemaker for industry insiders as well as the curious minds of Millennials and Gen Z. The visual and editorial research has been highly recognised on an international level thanks to a vision that mixes a journalistic approach with entertainment.

The magazine’s editorial line is built on the well-rounded pillars of streetwear, sneaker culture, high fashion which often intersect with music, art and sports. All of this combined forms a communication that amplifies the makeup of its digital ecosystem that is also composed of social accounts across all the major digital platforms and the two verticals: nss sports and nss G-Club. 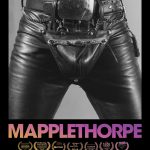 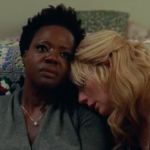