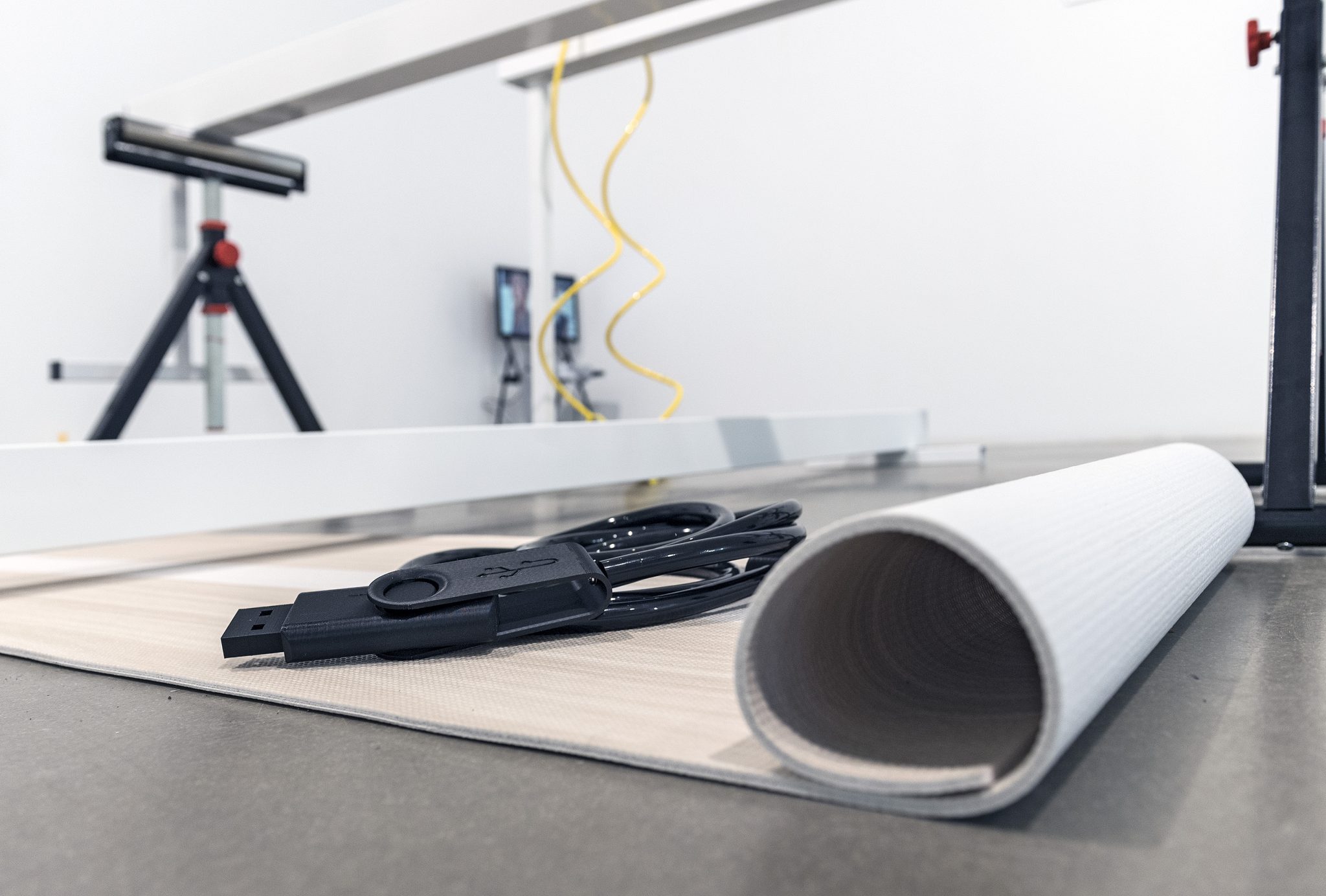 New Material: Living in a New Material World at A.P.T. Gallery. Group shows always set up a network of relations between artworks. People will tell you there’s a dialogue, but the chatter of objects, video, and paintings often reads more like an animated party. The energy is volatile, as you might expect from a collection of artists working in a single space.

But artist and curator Tyler Mallison has developed a show in Deptford which in fact celebrates this ungovernable life which objects, materials and the body always give rise to. His eight artists strike an arpeggiated chord and with four films in a single space, animating A.P.T. Gallery’s post-industrial setting.

Indeed the show is ghosted by a single from 1984. The new material world reactivates a lyric from Madonna, who of course sang about materials and their appeal in the decade of greed and angst which gave rise to her phenomenal fame. Now our times are, again, acutely anxious, and Mallison has seen fit to reanimate the spirit of Generation X.

Introspection and a fetishistic attachment to material characterise his eight artists. Edith Kollath breaks medium-sized rocks, fits them with hinges and invites you to unfold them. Marieke Gelissen spins found objects on film: a round table in a gallery; a one euro coin on a plate. Also on film, Paul Kindersley cross dresses and jumps into Lake Geneva in a bid to reach the UN.

Mallison himself offers two installations which comprise standing desks with cast acrylic screens and balance beams with electric cables as jump ropes. Both scenes suggest immediate utility, yet being artworks they frustrate the desire to get to work. A monitor on a chair in the corner plays out footage of urban fashion stores, where new materials can more commonly be found.

While most exhibitions are deeply concerned with materiality, few have so far taken the medium as the message. To base a show on raw materials is not less strange than basing a show on the date of its works or the initials of the artists. But as a strategy it does something different and New Material does indeed feel new.