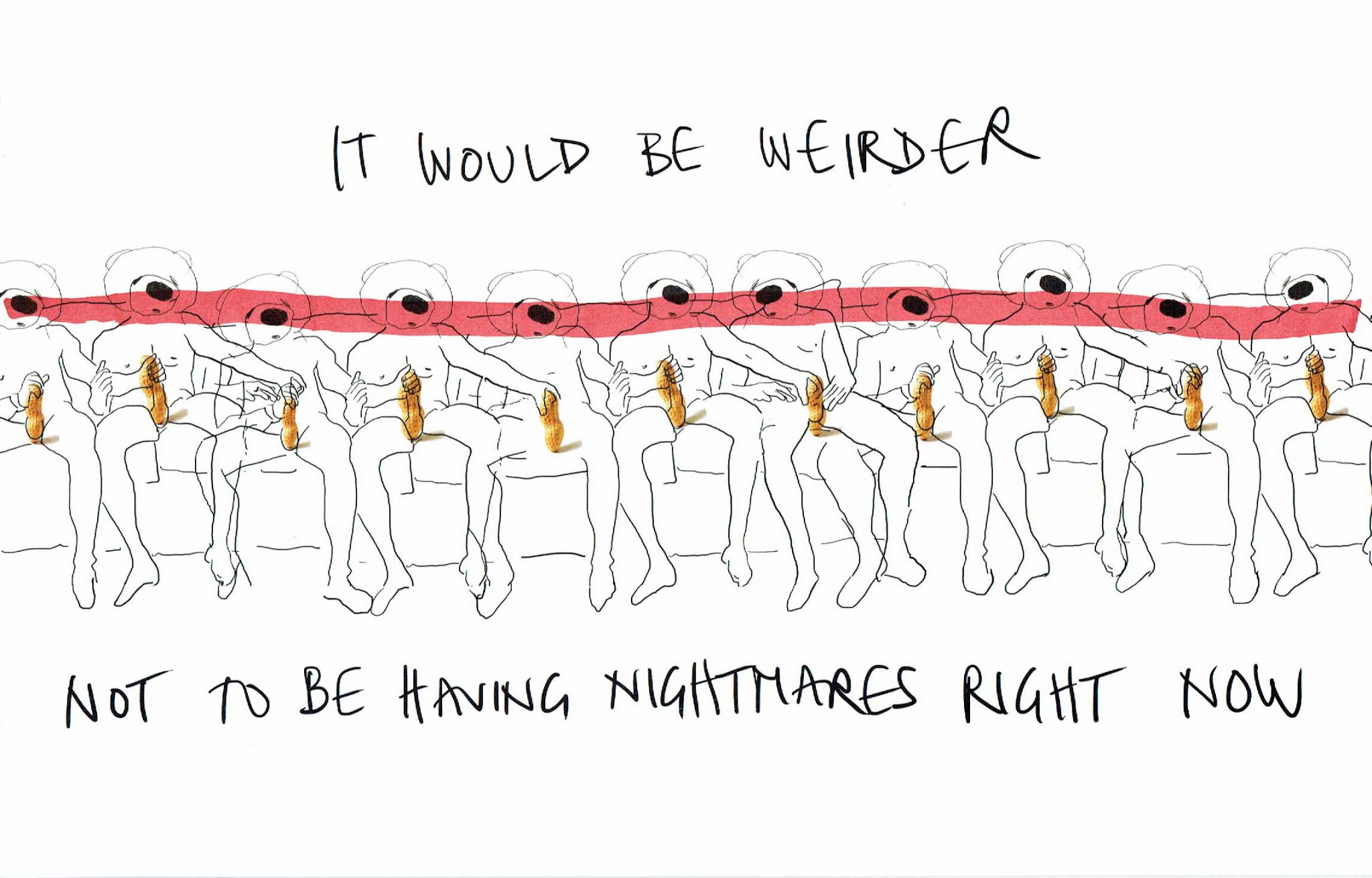 Heather Phillipson: ‘It would be weirder not to be having nightmares right now’, 2017 – digital drawing with ink and marker pen

250 works in A4 size! Purchasable in an online auction starting at £250! Drawing Biennial 2017 is Drawing Room’s best yet. The work-by-work standard is high, and if it’s hard to grasp as a whole, there are plenty of categories you might apply. There are, for example, six Turner Prize winners here (Deacon, Gormley, Kapoor, Perry, Prouvost, Wallinger) and some impressive international names you might not have expected (Jean-Luc Molène, William Kentridge, Anthony McCall…) There is some evidence of the equation ‘greatest fame, least effort’ – certainly Marcus Cope’s cunningly motif-linked inside-outside slab of lovingly detailed domesticity fits the other half of that tendency. I was, of course, more diverted by the contributions of artists who’ve been in my own shows (Alice Anderson, Rana Begum, Oona Grimes, Danny Rolph, John Smith, Troika, Julie Verhoeven). More thematically, some memorable text work phrases come up, from ‘Not All Friends Are Friends’ (Eddie Peake) to ‘Death of the Internet’ (Suzanne Triester) to the Trump-tinged worries of Heather Phillipson. ‘It would be weirder not to be having nightmares right now’ sets the weird bar pretty high, and may refer through its circle jerk of peanuts to the President including the size of his penis in his campaign content… Plenty more classifications – from category mistakes to footwear to thaumaturgy (‘a fancy name for magic’) – are provided by Tom Morton’s sparkling catalogue notes.. And Tannery Arts, which adjoins Drawing Room, has a show on ‘Shaping the Void’ which is also well worth seeing… 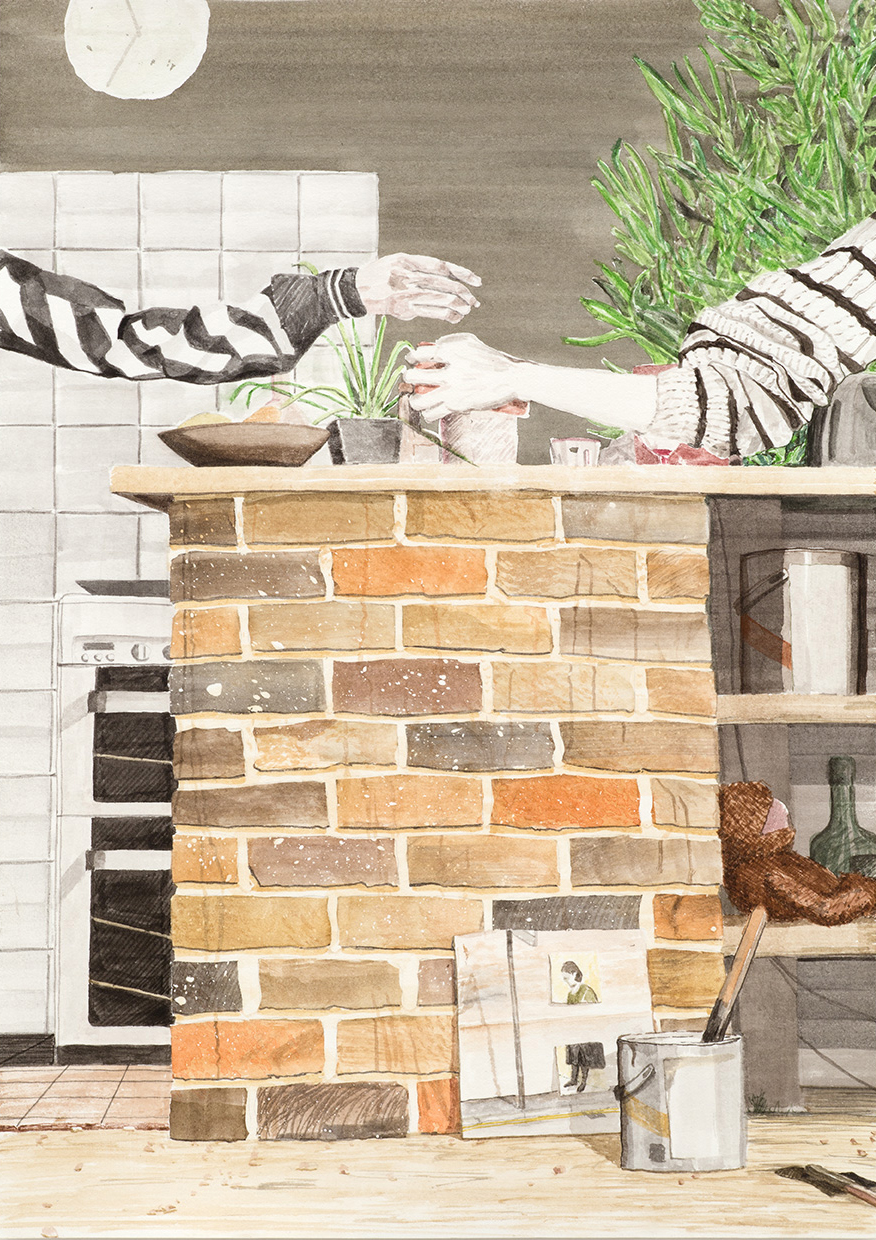