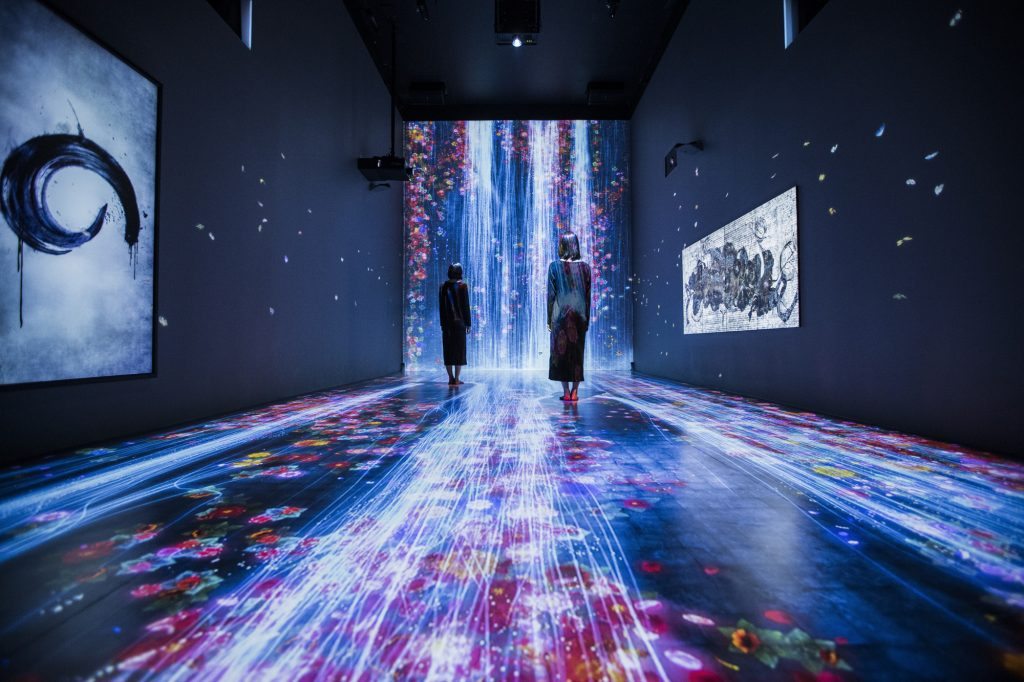 TeamLab: Transcending Boundaries @ Pace London
Tickets have been at a premium, but hopefully you have, or will, be getting a chance to go inside this mesmerising installation. Watch a waterfall part around your hands and feet, and watch flowers blossom over your body.  Magical. Until 11 March. 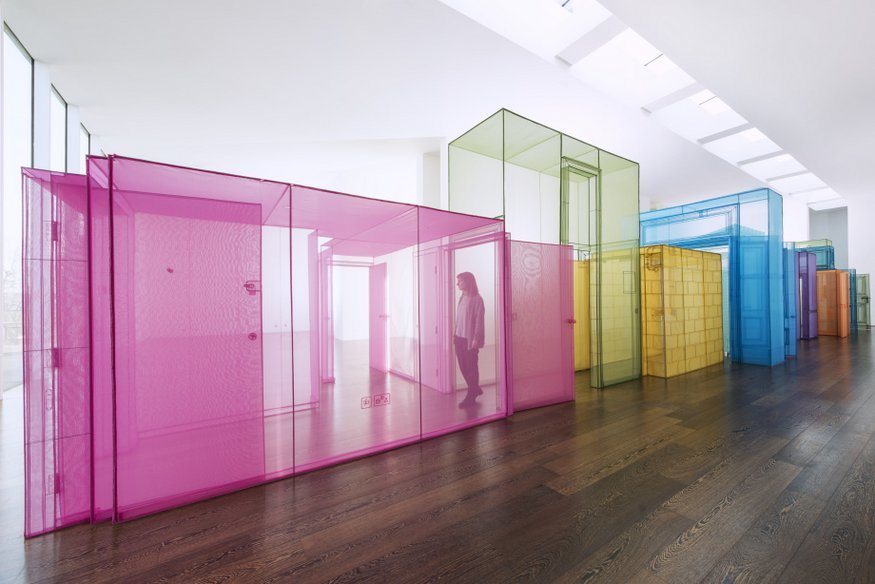 Do Ho Suh: Passage/s @ Victoria Miro, Wharf Road
Another stunning installation, thankfully one that’s easier to get access to. Walk through colourful casts of places in the artists past as he comments on how we’re all travellers influenced by our surroundings. The attention to detail on plug sockets and a fire extinguisher are superb — just try your best to dodge all the selfie takers. Until 18 March. 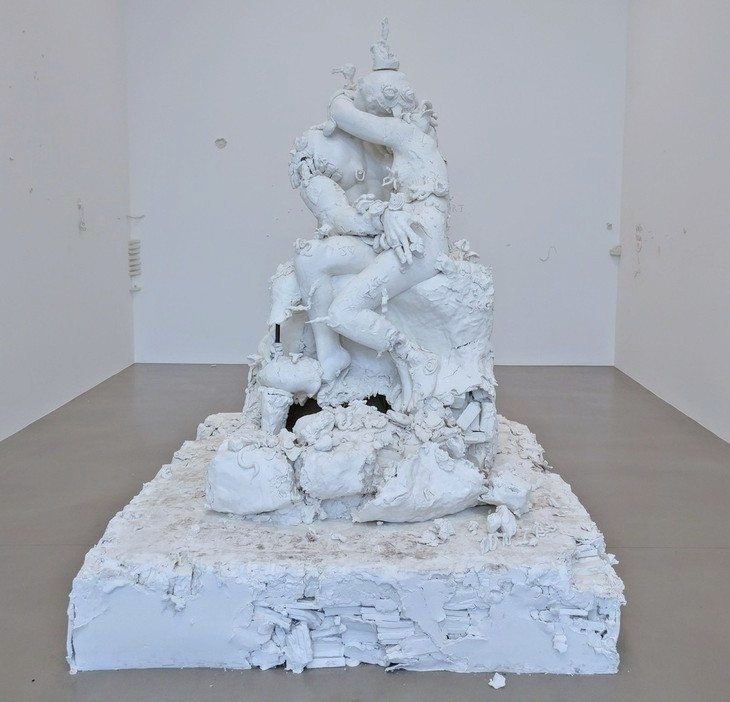 Urs Fischer: The Kiss @ Sadie Coles, Davies Street
What started off as a pristine plasticine version of Rodin’s The Kiss, has been manipulated and contorted by visitors who are free to shape it as they see fit. It has been slowly losing all semblance of what it was and will be great to see what the end product is. Until 11 March. 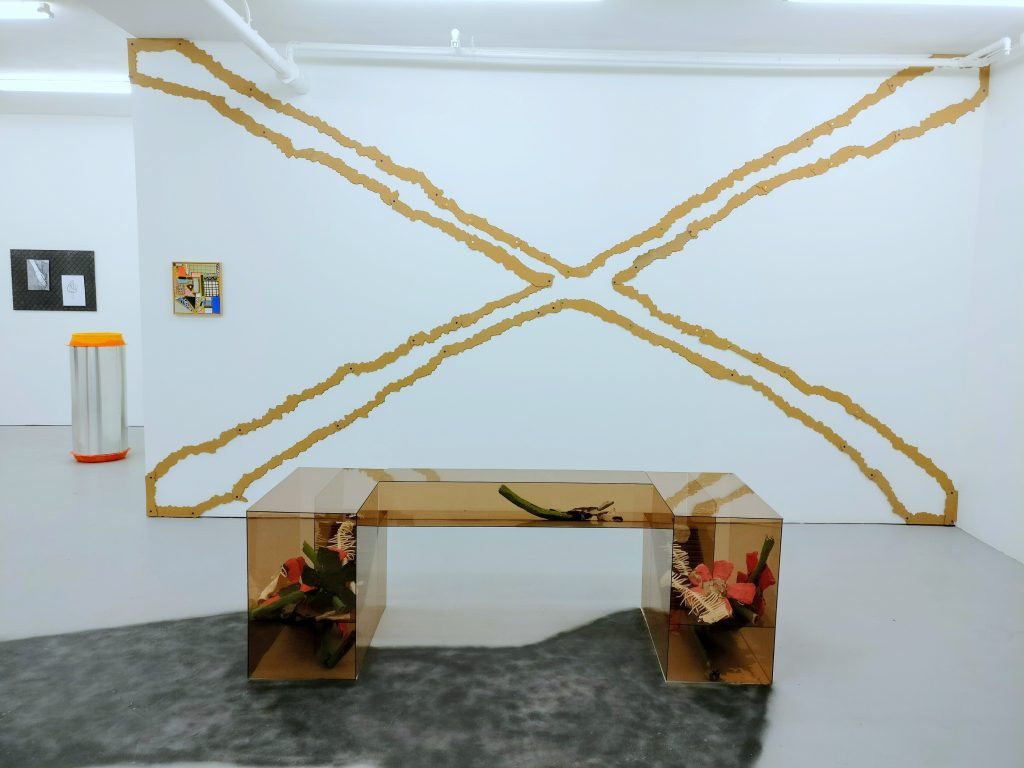 Does Chewing Gum lose its flavour (on the bedpost overnight)? @ J Hammond Projects
Justin Hammond who used to organise the brilliant Catlin Art Prize has now set up his own space in Archway. It currently has on a group show filled with exciting artists who have created a varied installation. Until 18 March. 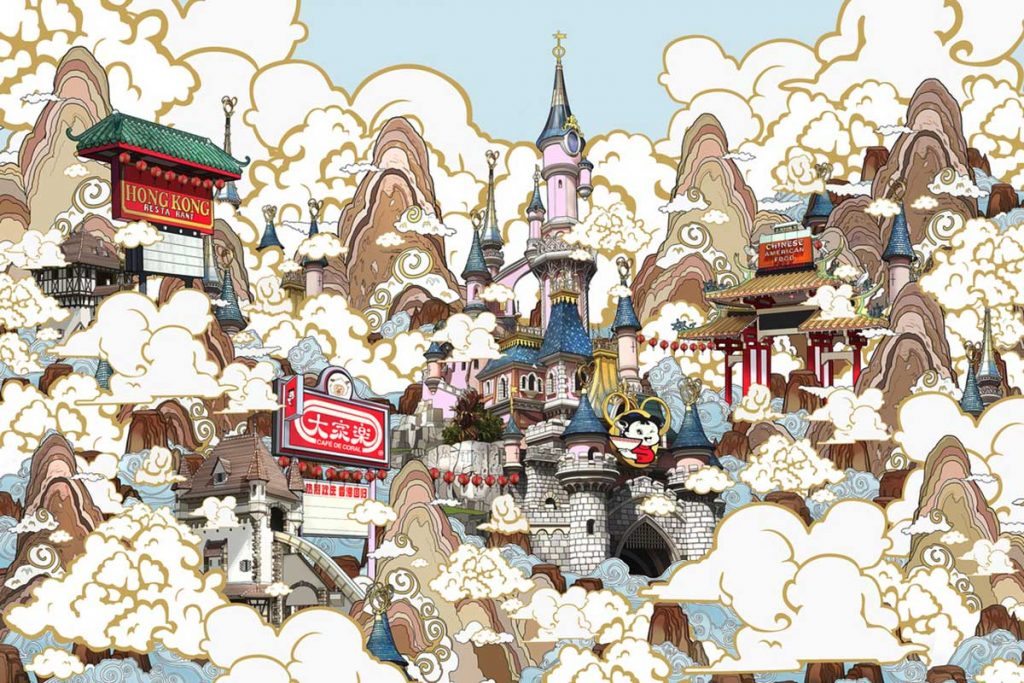