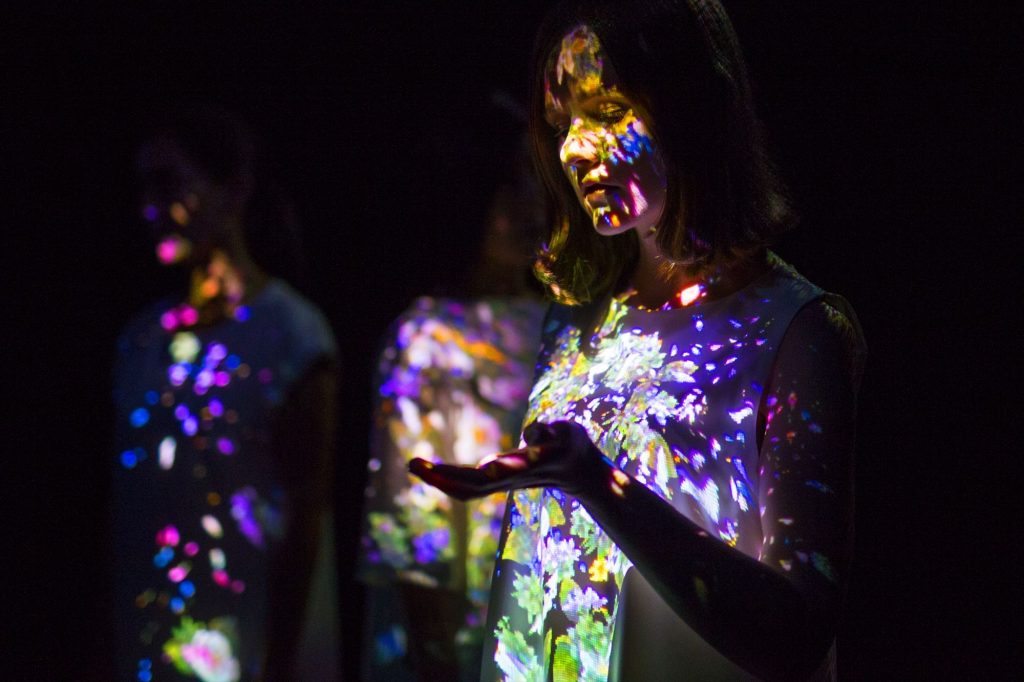 Transcending Boundaries is an exhibition of works by teamLab featuring three rooms of immersive installations, two of which have never been seen before.

Transcending Boundaries will explore the role of digital technology in transcending the physical and conceptual boundaries that exist between different artworks, with imagery from one work breaking free of the frame and entering the space of another. The installations also dissolve distinctions between artwork and exhibition space, and involve the viewer through interactivity. 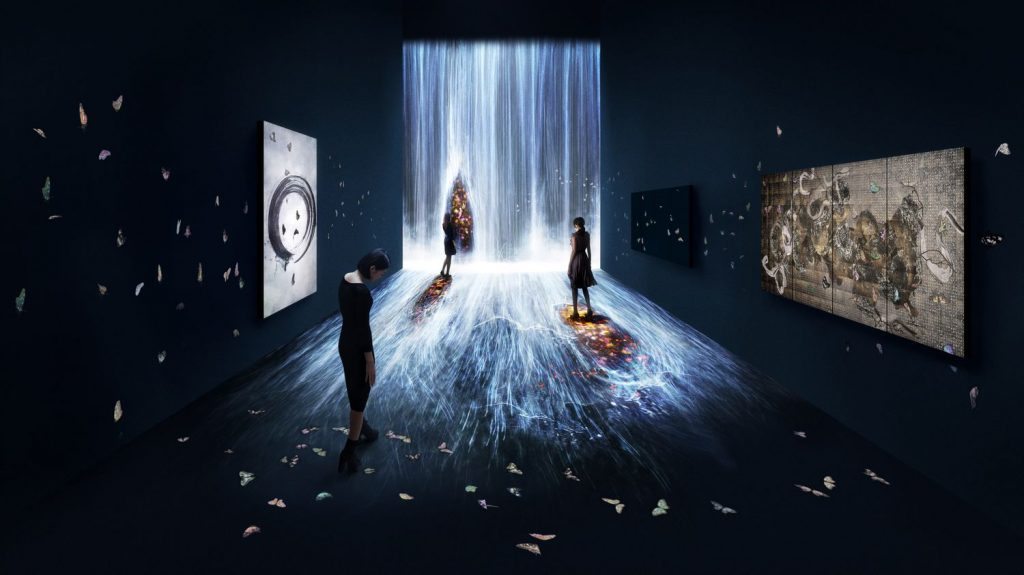 Debuting new works, Transcending Boundaries will reveal teamLab’s commitment to the advancement of digital art, as well as its unique ability to nurture creativity and curiosity through technology. Toshiyuki Inoko, the collective’s founder, says,

“We are honoured to share some of our most recently created artworks and hope the universality of their themes—creativity, play, exploration, immersion, life, and fluidity—will seep into the broader conscience.”

The largest room in the exhibition will include six works and feature Universe of Water Particles,Transcending Boundaries (2017), a virtual waterfall that extends beyond the gallery wall onto the floor, flowing through the exhibition space and around the feet of the viewer. It engages with the concept of Ultra Subjective Space, central to teamLab’s practice, referencing the non-perspectival depiction of space in premodern Japanese art and situating the viewer directly within the realm of the artwork. 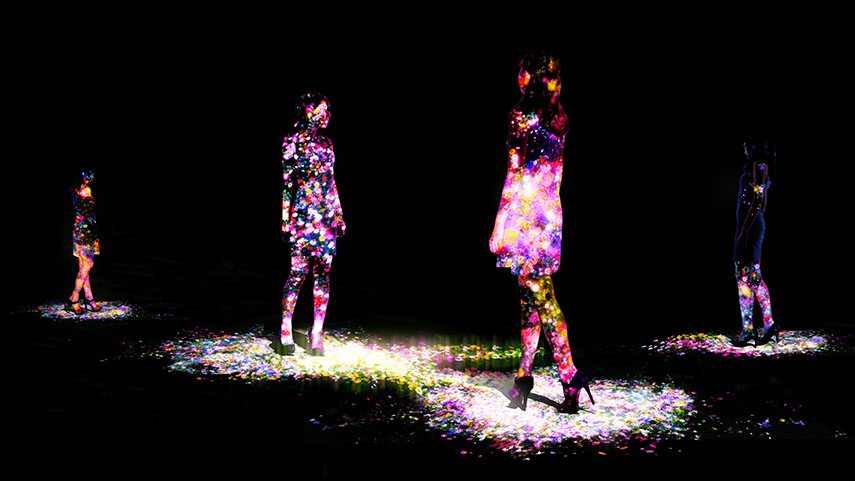 teamLAB ‘hyper-group’ of some 500 artists, scientists and technologists head to London
fadmagazine.com/2015/09/03/teamlab