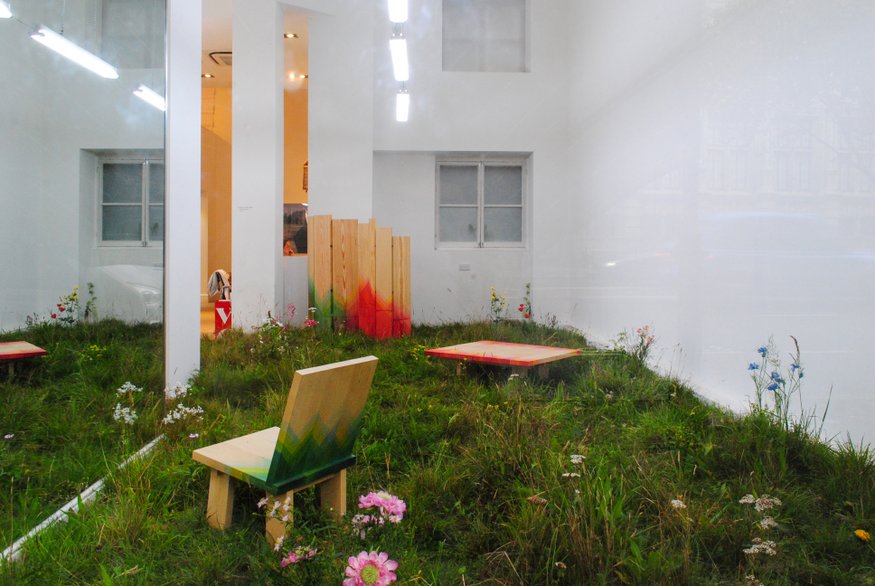 The most recent pop up, opposite the V&A, featured a meadow by Jacques Nimki.

What is Plinth?
Plinth is constantly evolving. In essence, it’s a curatorial platform dedicated to making contemporary art and design accessible to a wider audience. Of course, with such a wide-ranging brief, that philosophy is expressed in lots of different incarnations.

We’re always online where you can find all our artists’ works and editorial content, and we love the idea of the website as venue — open 24 hours a day, for anyone and everyone, anywhere in the world.

Another part of our programme is the pop-up gallery format, of which there have now been two. We’ve recently finished our time at 10a Thurloe Place where we exhibited design pieces within site-specific installations, work from emerging artists alongside prints from Magnum Photos and offered talks and workshops, held by the artists themselves.

While we were there we launched a range of merchandise to celebrate David Shrigley’s ‘Really Good’ commission on the Fourth Plinth, including a limited edition statuette for £25. That project was all about helping the wider public to participate in a key moment in the art world’s calendar, and to own a little bit of it themselves. 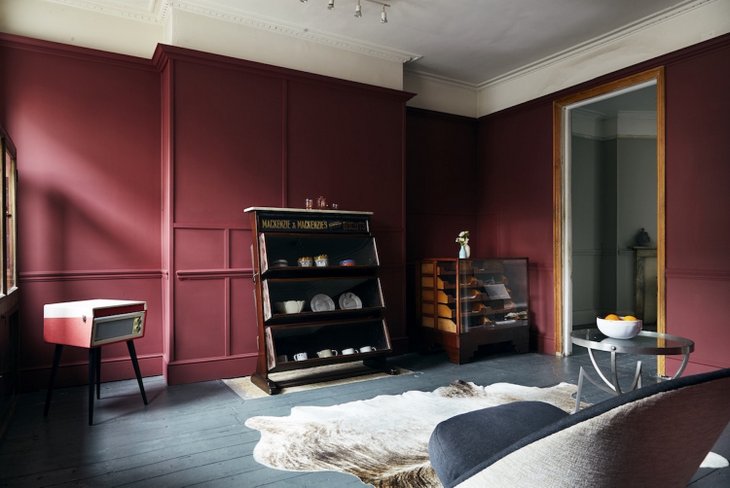 The previous pop up was opposite The British Museum

How did you come up with the concept?
Moving through the art world on a personal level, we felt two conflicting things: firstly that there exists so much value within it. We saw such exciting projects being undertaken, and were exposed to stimulating concepts and conversation. We felt that dissemination of the ideas we were introduced to could only be valuable.
On the other hand, it felt these things were being presented to the same audience again and again, and we wanted to challenge that. We believe strongly in the democratisation of contemporary art, in the inclusivity of the dialogue around it, and we wanted to build something which would stage those possibilities.

Our first project was a series of limited editions created in collaboration with Ikon Gallery to celebrate their 50th anniversary; we landed on the ‘multiple’ format because it brings the price of a work down enormously compared to an original, and we were interested in the way that the nature of the brief would push the artists to explore different mediums. Beatriz Milhazes, for example, made an edition of beautiful plates – she’d never worked with ceramics before, and so the experience was just as rewarding for her as for us. 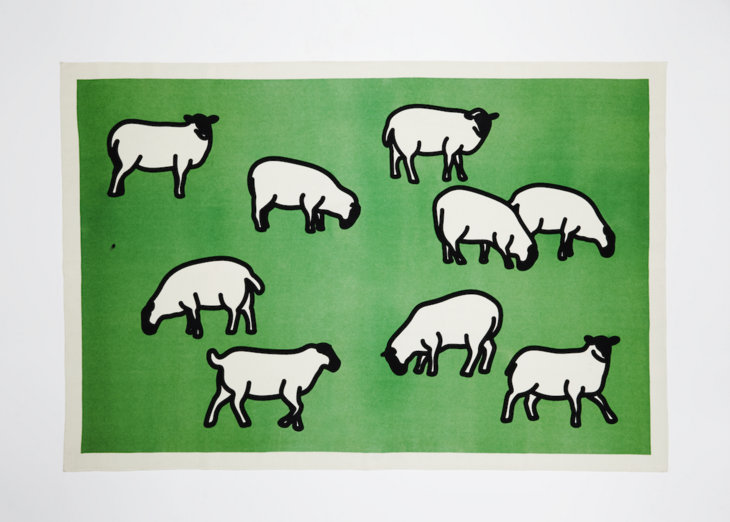 Plinth sits between art and design. How does that work and what are the specific challenges associated with this position?
We’re really interested in both spheres, but also sceptical of their separation as categories.
When we made the Ikon editions, the artists were encouraged to create pieces which could be used and/or set in the home; while of course people hang art on the walls of their houses, they’re not used to the idea of using a blanket made by an artist – like Sheep, by Julian Opie – to curl up on the couch with. We liked the idea of the pieces becoming part of peoples’ lives.

Nowadays, the lines between art and design are blurring themselves without any help from us: designers are beginning to make one-off pieces, and artists are making more and more multiples and objects. So straddling the two spheres came very naturally, and we’re interested to push both the art establishment and the man on the street to start questioning those boundaries.

Of course, like any project, this does come with its own challenges. Firstly, there’s no real precedent for how to display art and design together; rather than being a problem, though, this encourages us to be all the more creative with our installations. Then there’s the potential for those from the ‘art world proper’, as it were, to discount us as something like a commercial enterprise, or a showroom.
Equally, those coming at our work from a design angle might see the ‘art’ pieces as backdrops for the furniture, for example. While these perspectives might challenge us they’re also absolutely central to the conversation we want to start, and so we welcome the friction as something generative. 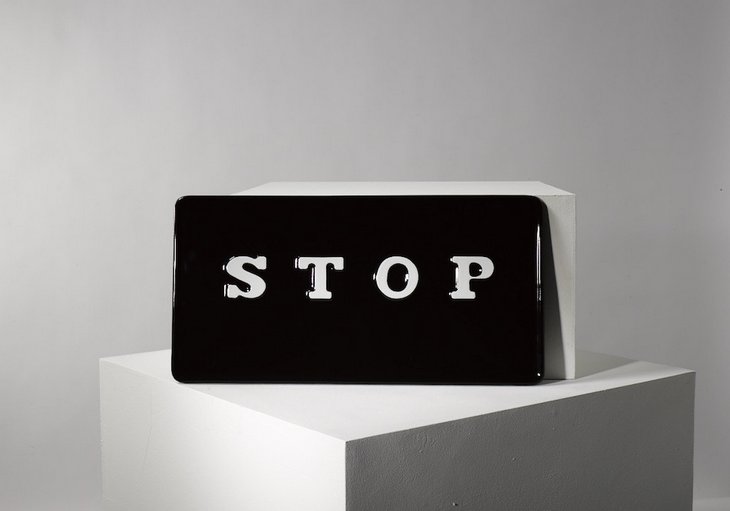 Plinth sells editions by major artists. Is it important that works by big name artists aren’t out of reach for the average person?

While all our editions so far have been made with ‘big names’, we’re really eager to begin working with artists at the beginning of their careers now that we’ve established ourselves. It’s crucial to our ethos that work by major and emerging artists alike is made both materially and conceptually accessible to everyone. If only the most privileged amongst us can afford to enjoy art – not to mention the status it can impart – then its power stays within a certain sphere: that of the elite.

Think of Plinth as a wealth redistribution programme for cultural capital! We love to think of one of our editions being the first in someone’s collection, or the final piece in one that’s taken a lifetime to compile; some of our customers are established dealers, while others have never been to a gallery before. We want to welcome them all.