We asked a few hundred art professionals, curators, and artists to name their favourite galleries and we came up with a list of 70. Luckily for us, many museums and galleries were available for interviews. This interview was conducted in 2015, it took a year to publish because it turns out it’s a lot harder to liaison with 70 galleries and their PR agencies than we originally expected. All the anachronisms were kept to illustrate just how fast paced the London gallery scene is, some people we interviewed no longer work at the same galleries, and some galleries no longer exist in the same form they did last year.

This is the 3rd interview out of the series of 20. 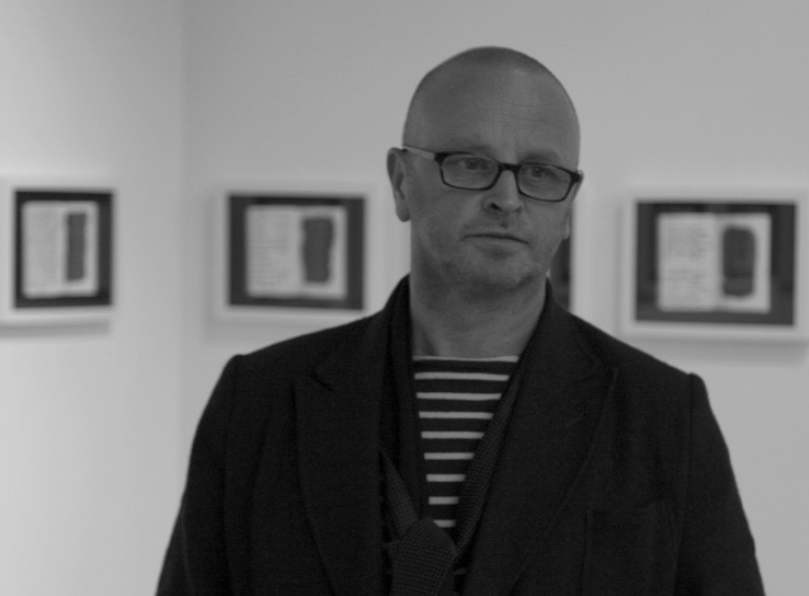 Tell us about your background and how did you become appointed to your current position?
I studied Fine Art at Camberwell School of Art and Crafts and Chelsea College of Art and Design and then started teaching at Chelsea around 1990. I was also working for the libraries at that time and set up an archive called Contemporary Art Slide Scheme, which consisted of 35mm slides of contemporary art images that I took between 1992 and 2002. During these 10 years I was photographing every exhibition I went to so it comprised of images of venues ranging from artists run spaces to publicly funded institutions to blue chip galleries. As a result, I developed a network of good connections with these spaces and wanted to share that with my students. I used to take students to meet people in the galleries so they would find out about how these places were run. I understood the importance of that because when I left the art school I felt I knew nothing about the art world. Therefore, I put a lot of effort into bridging that gap and creating some kind of conduit between the professional and the academic worlds for the sake of my students.

Later I felt an urge to bring together in a practical way the know-how acquired during those years of curating the archive and teaching. A year or so before Chelsea College of Arts was moving to its current site, I presented to the Head of the College a proposal for this space. My vision was that it would be on the university campus and it wouldn’t be showing student works but we would invite external art and design professionals to work from experimental curatorial ideas. The aim was to provide this platform so the students would have direct access to those people because they would be on the site and they could meet them.

I also co-wrote (with Dr David Dibosa) a course at Chelsea called MA Curating and Collections and as part of that we work with students to actually make exhibitions here. I have created The Exhibition Studio Workshop to give them some practical skills so by the time they have left their MA, they have already worked in a public space and put on public shows.

Did you come across any negative feedback from students or colleagues in regards to that you are located on the campus but not exhibiting work by students?
Initially yes, but it had to do less with the students and more with the staff. Some members of staff saw me just as a part-time lecturer who was in charge of the Slide Scheme and they struggled to understand why I should be given this new role which I carved for myself. Fortunately, the Head of College at the time was quite a forward thinking Professor, Roger Wilson, who gave me two years to prove that we could do something that had perhaps, a more ambitious programme. Of course, there already existed some powerful precedents that suggested this model could work – such as the Norwich Gallery led by Professor Lynda Morris. I think everybody who is starting to do something of this nature on an academic campus would have to remember people like her.

How do you choose the artists for the exhibitions?  Are you the only one who selects them or are there more people involved in the process?
There is no committee – I have been very lucky to have had autonomy in that respect.  Structuring the programme is a combination of two different approaches – it is partly down to things that one wants to work with and partly down to what presents itself as an unexpected opportunity. I try to keep a little bit of space in my thinking and only plan up to a year ahead in terms of the hard programme. I have other things on my mind I want beyond that, but I wouldn’t guarantee that we were going to do them. My approach is based on part of a feasibility study I did before we opened. I went around to see a few people who I really admired – one of them was a commercial art dealer and gallerist, Cornelia Grassi. Her advice was: ‘Do not do a five-year plan, you will live to regret it.’ I soon realised she was quite right, because sometimes things crop up by accident, so you suddenly have the potential to do something and if you filled in all the slots and couldn’t move anything around, then you might have lost the best opportunity – the thing you really wanted to do.

However, we don’t look for unsolicited proposals because I have a fair idea of what I want to do. As we are not a commercial gallery and we don’t represent artists, we are not the best place for an emerging talent. It does happen sometimes that we include a couple of works by an emerging artist but we are more a mini museum in this sense. The way that emerging artists might turn up at CHELSEA Space is because my collaborators might suggest someone whose work is relevant in terms of a particular theme. For example, something I’m very very interested in from a curatorial point of view is how does one display a magazine or how does one make an exhibition out of a book. When I discuss these issues with archivists or curators they might know of some artists who are preoccupied with the same topic and that is how I might find new artists.

How many people work for your gallery and what are their roles?
I am the only full-time member. Then we have a programme curator who works two days a week and also a research fellow who works three days a week. We all work together. I think it is important that the allocation of tasks  is reasonably democratic – that we all do a bit of everything. I want my staff members to be employable after they leave CHELSEA space because when I left  college I felt completely disempowered about having no control over anything and no relationships with important people in the art world. It was hard to know how to make a start with that. Therefore I make sure that all of my staff talks to everyone who comes through this door whether it is Penelope Curtis, Susan Hiller or Bruce McLean. The team all get a chance of creating their own networks and becoming more self-supporting by having more control over the tasks they do.