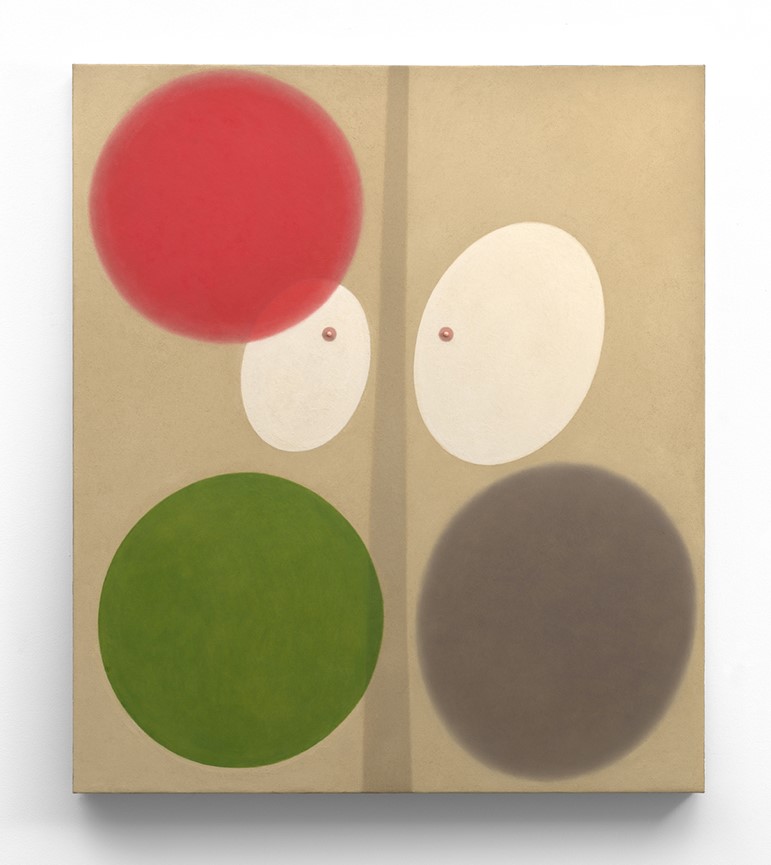 Daniel Sinsel’s new show (Sadie Coles to 25th Aug), rather typically for him, combines sensitive surface exploration with unusual materials both beneath the painted surface (canvas cut into ribbons then woven together; calf vellum) and on top of it (hazelnut shells, whale’s teeth, pink coral). Just as characteristically, the effect is sensual, to point up which the coral provides its painting with nipples, and there’s a testicular sculpture hanging nearby. That gives abstraction something of the charge more readily associated with the figurative. It occurred to me that among other gay artists, Donald Moffett, achieves some broadly parallel effects; and Prem Sahib mixes minimalism and sex potently. Moreover Sue Williams and Cecily Brown (recently at Thomas Dane) – though their paintings don’t get quite so far from representation – both abstract from sex. Come to that, sexual undertones are often ascribed to Georgia O’Keeffe’s semi-abstracted flowers (as at Tate Modern now) though she denied it. There’s obviously something of the macho male posturing in Pollock, but that’s not quite the same direct symbolism. In fact, I can’t think of the equivalent heterosexual male practitioner – is that just too tricky a position to take, too likely to descend into cliché? 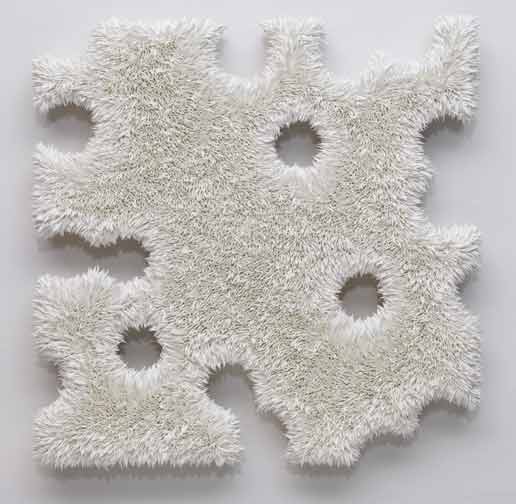