Louise O’Kelly is the founding director of Block Universe and is the beating heart of the festival. As a curator, O’Kelly focuses on live and performative work mostly as one-off events with galleries or in off-site locations. This year’s festival, its second iteration, features artists like Trajal Harrell, Alexis Blake and Philip Ewe.

I interviewed her to find out more about this year’s festival and her plans for future versions of Block Universe.

This is the second year of Block Universe. How have you built on the success of last year?

Last year we were so pleased and honoured to have such strong support from our audiences, with shows sold out and to capacity, with many returning for multiple shows. I hope that we’ll continue to develop that relationship with our audiences this year.

Also, in our second year we have already doubled the number of institutional partners, so whilst we continue relationships with the ICA, Royal Academy of Arts and Somerset House, we’re delighted to add Sadler’s Wells, The British Museum and David Roberts Art Foundation to that list, as well as continuing to hold performances in unique locations that don’t fit the criteria of a white cube or black box. We have increased the number of new commissions, and are delighted to have the support of Gaia Art Foundation in realising the festival.

The theme this year is The Future Perfect. Why do you think it’s important to have a theme?

I think it’s important to have a theme as an organising principle for the selection of artists. There are so many amazing artists working with performance in London that it is hard to choose otherwise! Working in this way also gives the artists we commission something to respond to, and feeds in to the festival as a whole being cohesive, so if you were to view every work you could pick up on different threads running through the different practices and performances.

Have artists interpreted the theme in ways you expected?

I really appreciate that some of the artists have taken a totally different angle on the theme that I wouldn’t have necessarily anticipated. Lina Hermsdorf for example has focussed on aging and immortality, in part inspired by the work of Aubrey de Grey who wants to find a cure for the ‘disease of aging’, and I find it fascinating that space that Lina is exploring between the aging, the desire for perfection and obsession with health in our society. Philip Ewe has also taken this desire for self-improvement further and linked it in directly with London’s continual renewal and regeneration.

Block Universe is an interdisciplinary performance festival, which crosses food, music, visual arts and dance. Does this represent the power of performance to cross genres?

I think that’s an excellent point, and because performance can cross genres, and slip in and out of disciplines so easily, it feels like the trickster of the art world. I think almost anything can be pulled into a performance and be transformed dependent on the space, location or duration. It’s a very exciting space to be working in for an artist and offers a unique experience for the viewer.

Why do you think it’s important that the performances are at different venues across London, rather than a static location?

The diversity of spaces allows for different types of performance to occur. For the offsite spaces, they create a different atmosphere or almost become another character in the performance, whilst others have specific needs that only a black box could easily cater for and might not be suitable for a gallery. The partnerships with institutions are important for us too as they allow access to huge audiences invested in experience cutting edge art and culture, and allows us to make performance easily accessible and viewed less as a marginal art form.

Do you have plans to continue this to next year and beyond?

We do indeed! We’re already thinking ahead to 2017 and how the organisation can sustain itself going forward so that we continue to support artists working in performance and open up more of a dialogue about how this is experienced in London. 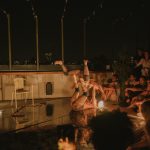 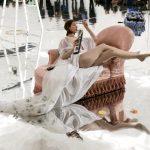 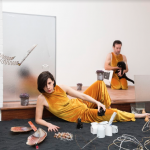 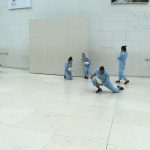