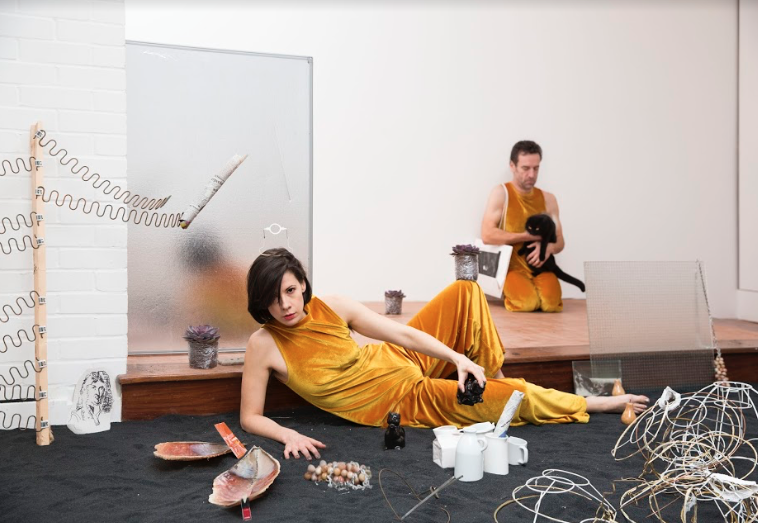 As the festival celebrates its fifth anniversary, Block Universe will also present a sister programme for the first time, expanding to continental Europe. This takes place in Germany at E-WERK Luckenwalde, as part of Berlin Art Week (14 September 2019). E-WERK Luckenwalde is a new Brandenberg institution set to open in 2019 in a former power station, an iconic site near Berlin.

Block Universe 2019, taking place across two locations and marking half a decade of curating and commissioning, will mark the festival’s largest and most diverse programme to date. Projects include a series of premieres from UK and international artists, thinkers and practitioners, the first of which are announced today and which are set to take place across both cities in May and September.

Fittingly for a programme that spans both Europe and the UK in the current political context, Block Universe’s 2019 curatorial theme and expanded programme explores the concept of internal and external ‘world-making’ by looking at the diverse environments we create for ourselves to exist within, whether those be mental, physical or virtual spaces. Touching upon the ecological, geographic, political and spiritual, this year’s edition takes a holistic approach towards our understanding of the human experience.

The programme for Germany is the first edition of POWER NIGHT at E-WERK, Luckenwalde, a performance and music festival in the new space. Thematic concerns will unite Block Universe’s theme with the E-WERK’s curatorial concept of utopia, energy, autonomy and production. Works for POWER NIGHT will take place in locations including the 1928 Bauhaus swimming pool, designed by Hans Hertlein and the large scale 350sqm Turbine Hall at E-WERK.

In London, projects and performances will take place once again across a series of London’s major institutions and other unique city-wide locations. More details, along with further talks, events and screenings are to be revealed later in the Spring.

Highlights across the two cities for Block Universe, announced today, include:

Ravioli Me Away (UK) will present their brand new opera, which will have its London premiere within the festival, marking the final date of a national tour. The View From Behind The Futuristic Rose Trellis is a work about freedom, individual and collective aspiration and the cycle of life, taking the audience through a multidimensional journey as ‘the trapped soul of humanity’ searches for a body that can give it meaning. Ravioli Me Away – Sian Dorrer, Rosie Ridgway and Alice Theobald – have been a band since 2013. They are a high energy collective, undefined by genre, dangerously ambitious, and working with stylistically schizophrenic motifs spanning all-known past, present and future human cultures and sub-cultures.

Renowned performance artist Michael Portnoy (USA) has also revealed the shocking news that he is 35 years older than he has claimed and has been disguising his true age with prosthetic makeup throughout his career. At the festival, in Portnoy (Born 1936) Improvises, he reveals himself for the first time without a mask, improvising and confusing us in his inimitable way with the collision of movement, language and alien logics. Art historian Claire Bishop (CUNY) will give an introductory lecture on Portnoy’s newly discovered early history in New York in the late 1950s, discussing his influences and antagonisms within the avant-garde communities of dance, poetry and visual art.

A Sophie Jung (LX, CH, UK) performance combining spoken word and sculpture to draw out the fundamental ambiguity of language using words, gestures and found objects, her practice addresses representation and its pitfalls, both culturally as a system of disguised and shifting signs and personally as a way to track and record life.

Liz Glynn will produce a site-specific performance work that raises questions of how we articulate and share our respective cultures through objects, whether it is in the past, present or in the future. The work was developed out of research undertaken during her residency at Delfina Foundation in 2018, as part of the ‘Performance as Process’ series.

Paul Maheke and Melika Ngombe Kolongo (Nkisi) will collaborate to produce a performance using ancient African cosmology and creation stories as its source material. A collaboration of music, design and performance, music producer Nkisi will provide the soundtrack and Jonathan Gonzalez the lighting design, within which Maheke will perform. This work is jointly commissioned by Block Universe and Performa, where it will tour to after the London premiere.

Alexandra Pirici (RO) brings the ongoing action Leaking Territories (2017), to London for the first time. Originally made for the decennial art exhibition Munster Skulptur Projekte 2017, The Friedenssaal in Münster’s historic town hall served as the starting point for a work remediating political world events with live bodies, conjuring and linking together actions from different times and spatial realities, revealing the concept of a well delimited, well enclosed horizontal territory and stable identity as a fiction.

The expanded public programme will feature talks with key industry professionals, film screenings and participatory workshops. These will be announced in Spring 2019 along with detailed information about the full programme.

“We are excited to announce that for our fifth anniversary year we will expand the festival across two of Europe’s most dynamic art capitals, adding an autumn programme in Germany during Berlin Art Week to our annual programme in London in May. This edition of Block Universe provides an opportunity to reflect upon the achievements of the last few years of acting as a launch pad and platform for a new generation of artists, as well as promoting a new appreciation for and understanding of performance in London.We are honoured to be able to continue to collaborate with some of the most visionary artists working today, and to partner with a range of major institutions and unique spaces building on our successes of the last four years. This year we will showcase ambitious new commissions, site-specific installations and premieres but also expand our remit to present works both regionally and internationally. We look forward to sharing many more unforgettable ideas, conversations, and performances in this new international facing chapter of Block Universe’s future.”

Project by project locations for Berlin and London will be announced later in Spring 2019.
Blockuniverse.co.uk 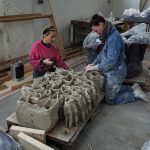 E-WERK Luckenwalde has announced its first project of 2021, in the third year of programming at the world’s first arts […]