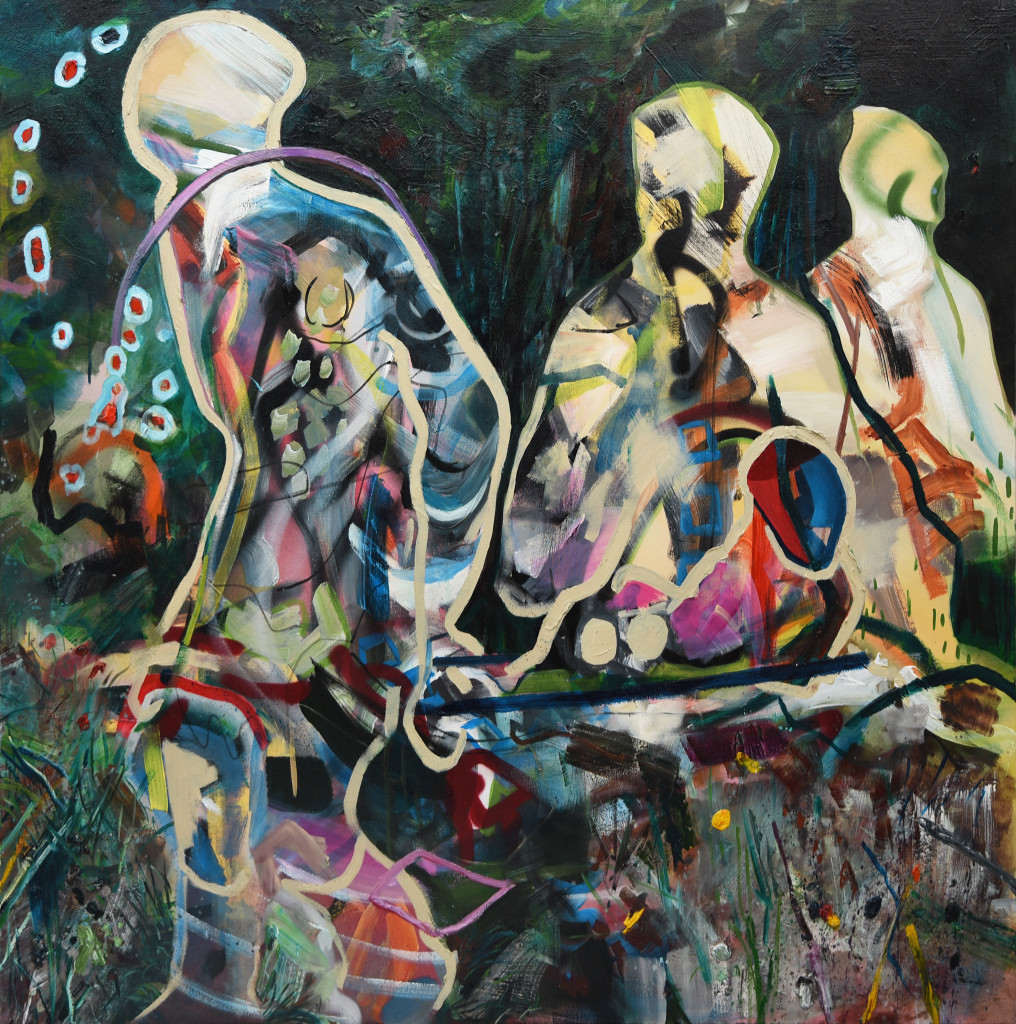 Painter and performance artist Patrick Simkins‘ alternates between London and Paris. His most recent series of work, The Untimely Death of Context, is currently on show at C&C Gallery in Forest Hill, London. He will be performing an interactive performance in the gallery on Friday 19th February.

Tell us about your work.
I’m interested in the journey of the present day becoming history, myth, legend, folktale, and nursery rhyme. Specifically I’m interested in how the lines between these narratives are blurred now due to our ability to create alternative versions, or myths, of ourselves using online tools and social networks.

I create ‘alternative narratives’ – they’re the ‘things we think happened, can’t really be sure happened, but are sure something along those lines must have happened… because we saw it online’.

And what is your process?
With social networks in front of me, I’ll start ‘recording’ onto canvas the images that are posted onto my social network feed. As soon as a new image is posted, I’ll stop recording the first image, and begin recording the new one.

How long do you continue this process for?
The number of posted images can vary between 5 and 500. I’ll continue the process until the final result reveals itself. My paintings are on the border of figurative and abstract. I want the paintings to be interpreted in their own way by the viewer, continuing the re-interpretation.

This constant cycle of reinterpreting an image or narrative is ultimately how history becomes folktale or nursery rhyme.

Do the people from your feed know that they’re in your paintings?
They do now!

Where did the title The Untimely Death of Context come from?
I’ve been reading a lot on the French philosopher Roman Barthes. He wrote about modern mythologies. A title of one of his essays is called The Death of an Author, so it was a slight nod to Mr Barthes.

Is that the reason for your recent move to Paris?
Not quite. I’m attracted by the different lifestyle, while still being within touching distance of London. I’ve been offered a four month residency in the centre of Paris, which I couldn’t refuse.

So what’s happening in the French studio at the moment?
I’m currently working on two series. One is destined for a two-man show in Germany this September. These paintings reveal modern day interpretations based on Brothers Grimm fairy tales.

The other series I’m calling A Brief History of You. Each painting is looking at different aspects of our lives and how they are interpreted. They’re an abstract way of bringing people together.

Can you tell us more about the performance on the 19th February?
With the performances I’m able to bring people together. Dance and Draw encourages a physical presence and interaction among the audience. It questions how we build narrative, and how we decide what is worth remembering in a world overwhelmed by memories.

Dance and Draw provides an insight into my process, but most importantly I’m interested in placing the spectators within the concept itself. I’m asking them to replicate their own metaphorical actions, into literal ones.

And what can people expect?
They’re very enjoyable. They break that barrier between the artist and the public, which I think is refreshing. Plus the audience has the chance to create something that will be exhibited in the gallery.

Patrick will return to London to perform Dance and Draw on Friday 19th February, 8.30PM, at C&C Gallery. Free entry. No tickets required. 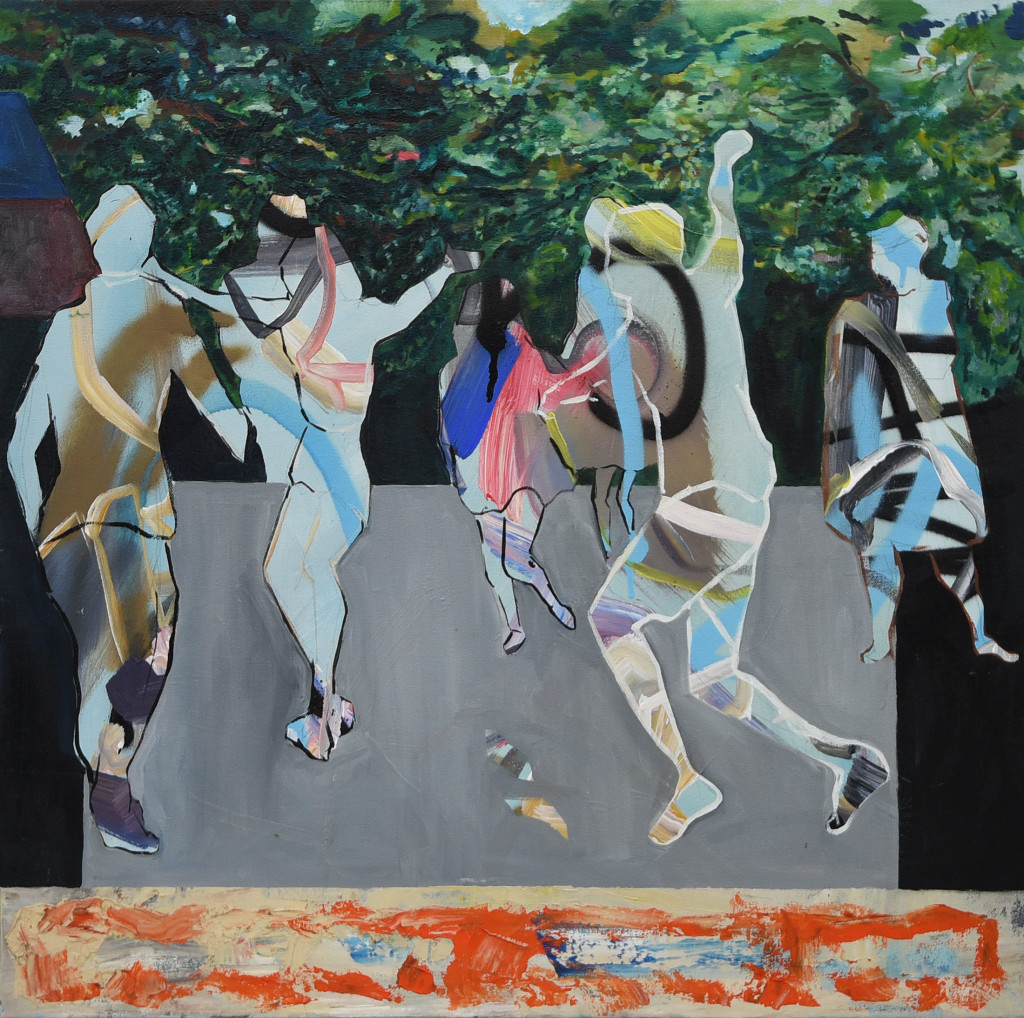 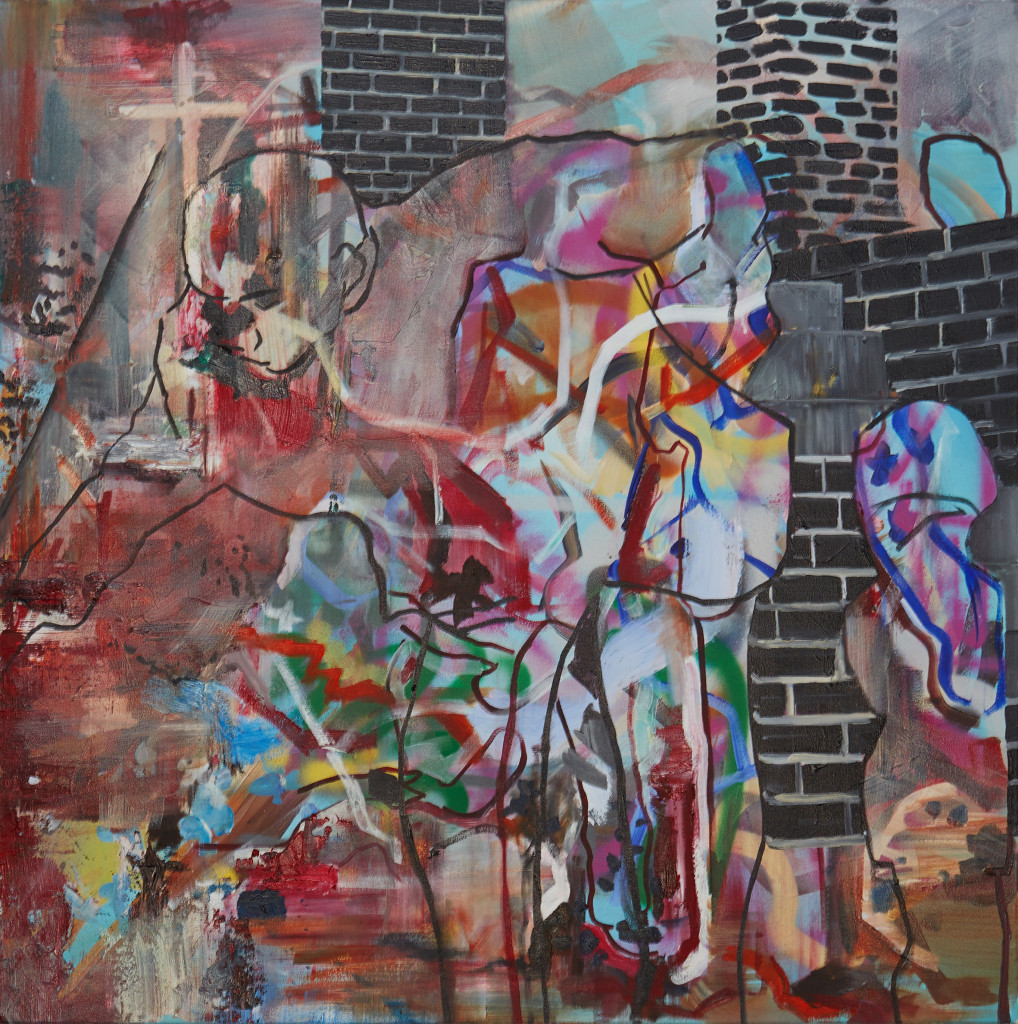 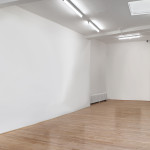 This summer, C&C Gallery will be hosting an innovative residency programme. During August the gallery space will be transformed into a dynamic studio environment to facilitate the production of artworks. The merging of gallery with artist’s studio will challenge the traditional boundaries of these spaces, and look to expand the idea of artistic practice.

More than 65 people took part and the piece proved to be highly dynamic, appealing to peoples’ innate desire to get involved and be part of the artistic process and produced some fascinating results and reactions