Measuring Land and Sea continues Oliver Jeffers’ investigation into the philosophical impasse at which art and science often find themselves. While one is by nature subjective and the other is defined by the pursuit of objectivity, both express two very human characteristics: feeling and reasoning.

For this show Jeffers has combined classical landscape and seascape painting with technical measurements. Through this juxtaposition, the artist presents the viewer with two modes of representation, one artistic and one scientific. Rather than increase our understanding of the work, this combination makes things less clear by providing superfluous distraction whilst highlighting the boundaries of perceived knowledge. Thus, Jeffers points to two underlying obstacles of human cognition: the tendency to overthink and the inability to fully comprehend. 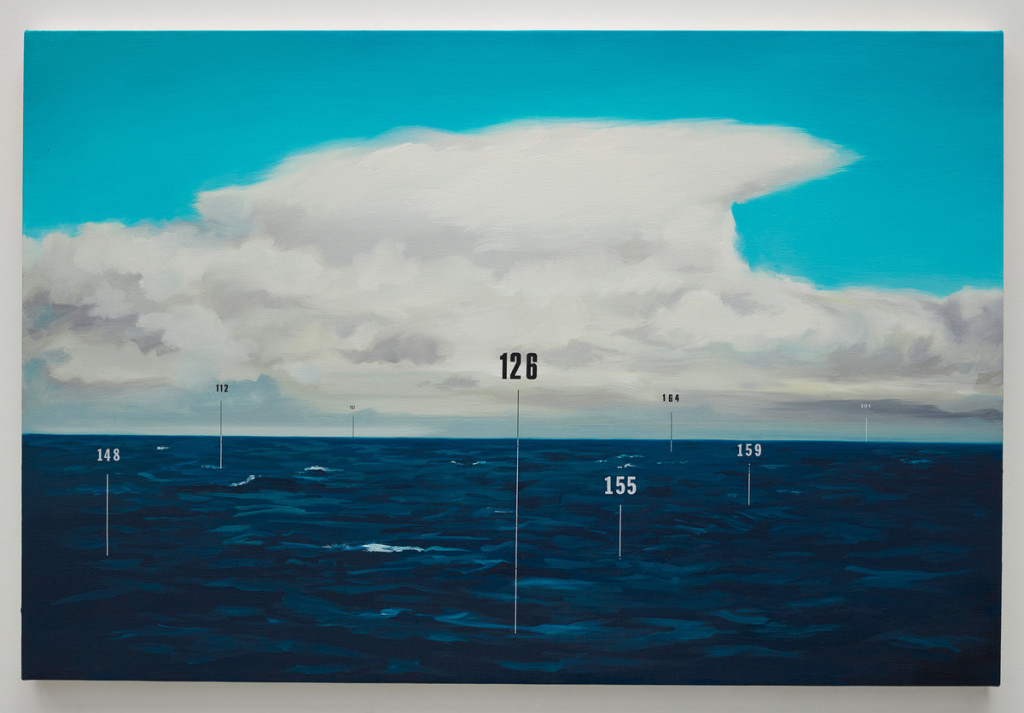 In his landscapes, Jeffers complicates each scene by inserting additional, yet unnecessary information. Atop serene terrains, he has carefully measured and marked the angles of the gradients that occur in the image. Despite being inherently factual, this information is extraneous, and with it Jeffers mirrors the muddying effect of the human inclination to overcomplicate.

Conversely, his seascapes comment on the limits of human capacity for comprehension. In these paintings Jeffers has superimposed numbers that mark the depth of the ocean in fathoms, a now obsolete system for measuring depth. As his various depictions of ocean swell suggest, the surface of the sea is not flat but in constant motion, forever changing. Moreover, what lies beneath the surface is a notoriously uncharted frontier; these paintings speak to the futility of trying to measure—with potentially inadequate means—the immeasurable vastness of our universe. 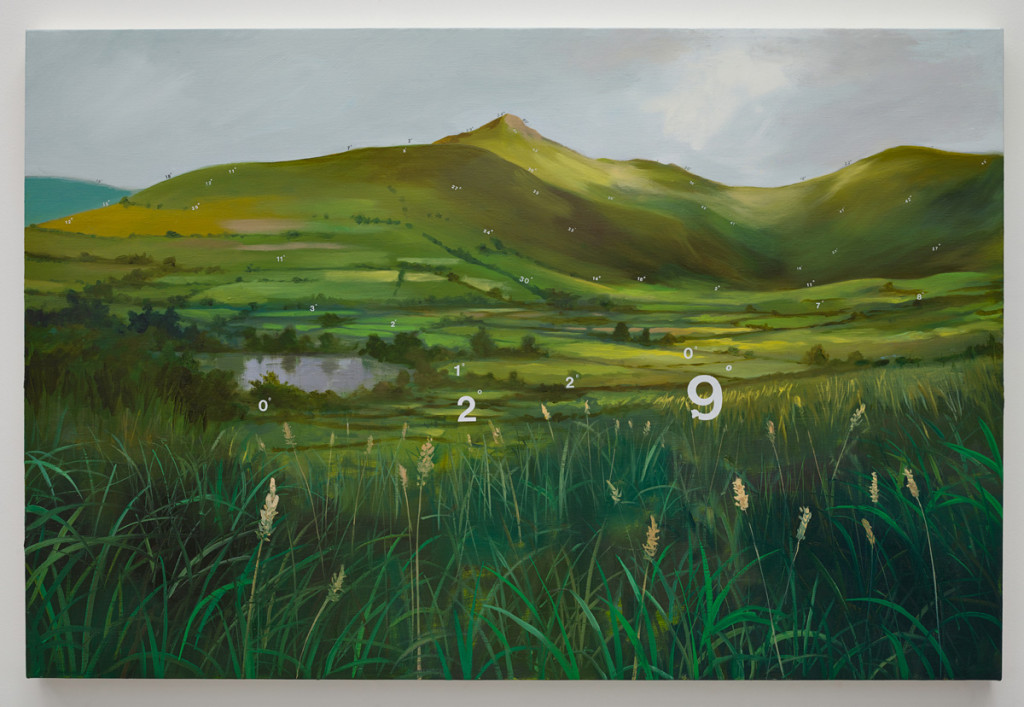 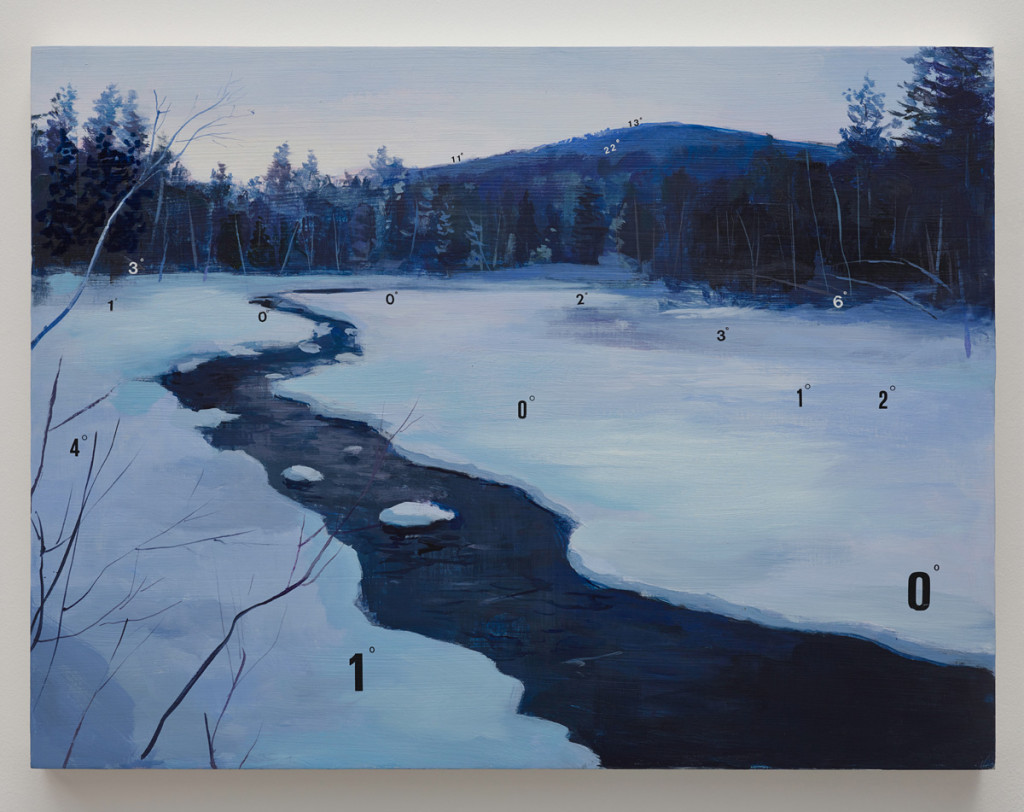 Measuring Land and Sea follows the artist’s acclaimed 2013 solo exhibition Nothing To See Here at Lazarides Rathbone. To coincide with his show, Jeffers will conduct a discussion on his Dipped Paintings project at London’s National Portrait Gallery. More information is available at www.npg.org.uk/whatson/late-shift

About The Artist
From figurative painting, collage and installation to cartography and picture-book making, Oliver Jeffers’ practice takes many forms. His distinctive oil paintings have been exhibited in multiple cities, including the Brooklyn Museum in New York and the National Portrait Gallery in London.
Curiosity and humour are underlying themes throughout Jeffers’ practice as an artist. As much about investigating the ways in which the human mind understands its world, his work is also executed as comic relief in the face of futility.

Oliver’s picture books are translated into over 30 languages with HarperCollins publishing them in the UK and Penguin in the USA. Titles include the New York Times Bestseller This Moose Belongs to Me, Stuck, How to Catch a Star and The Hueys.

Working in collaboration with Studio AKA, Oliver’s second book, Lost and Found, was developed into an animated short film, which has received over sixty awards including a BAFTA for Best Animated Short Film.
Oliver won an Emmy in 2010 for his collaborative work with director Mac Premo. Picture Book awards include the The New York Times Best Illustrated Books, Smarties Award, Irish Book of the Year, The Blue Peter Book of the Year, as well as shortlists for the British Book of the Year, The Roald Dahl Prize and the Kate Greenaway Medal. Born in Australia and brought up in Belfast, Northern Ireland, Oliver now lives and works in Brooklyn New York. 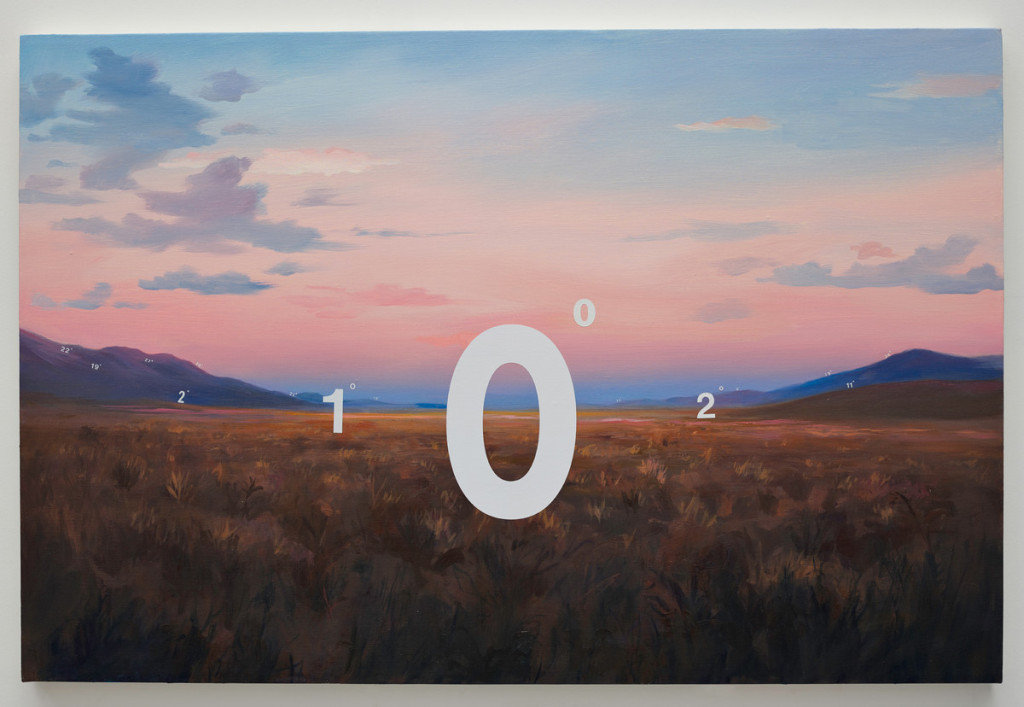