Worth a visit: 'Some Things are Undesigned' John Wood and Paul Harrison @vonBartha - FAD Magazine
Skip to content

The artists, John Wood and Paul Harrison are often compared to other duos, such as Laurel and Hardy or Morecombe and Wise, and artistic partnerships like Gilbert and George. Their inspirations are far ranging; from films (good and bad) to architecture, literature, art and design. By leaning regularly on a range of cultural references the artists present their works on a level-pegging, and invite their viewers to approach them with a similar mindset so that they may find visual and conceptual connections between them. The exhibition at von Bartha exemplifies their democratic approach, and while the temporary walls in the gallery seem at first to separate the works, the interconnectivity of the ideas they present create a cohesive whole. 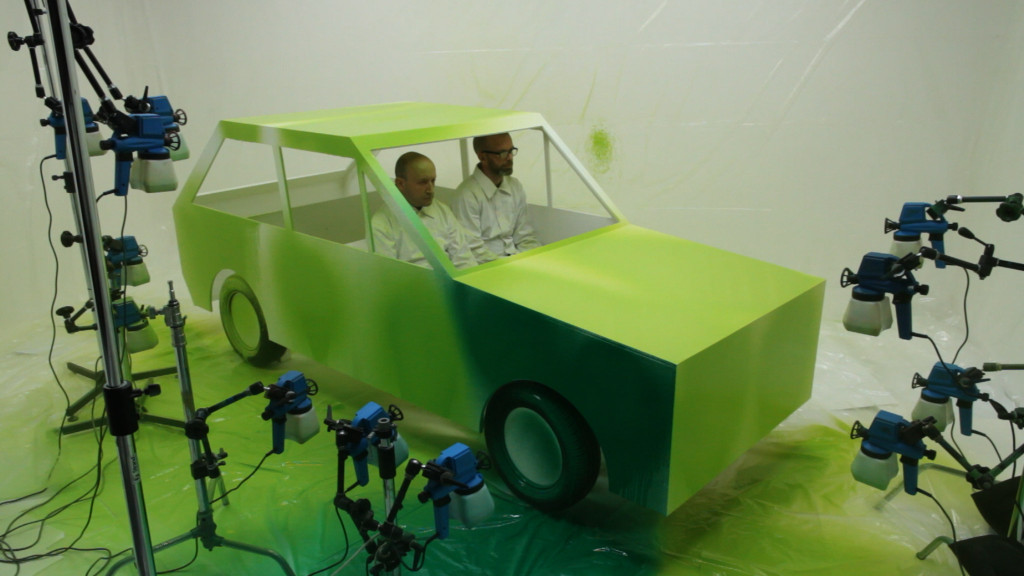 By transforming the gallery’s large 850m² open plan space into a labyrinthine network of rooms, Wood and Harrison invite viewers into their idiosyncratic, sometimes absurdist, world. The walls, constructed from cardboard with over-sized or miniature doors, echo the stage sets in their films and nod towards one of their newer pieces A Film About a City (2015), a large wooden architectural model of a dysfunctional cityscape. 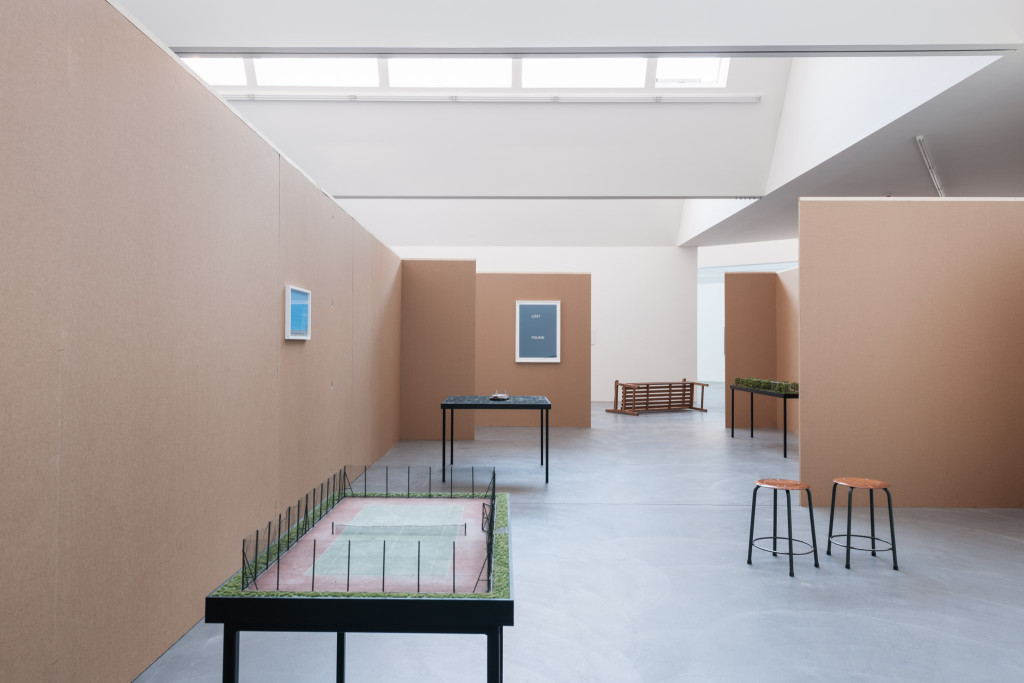 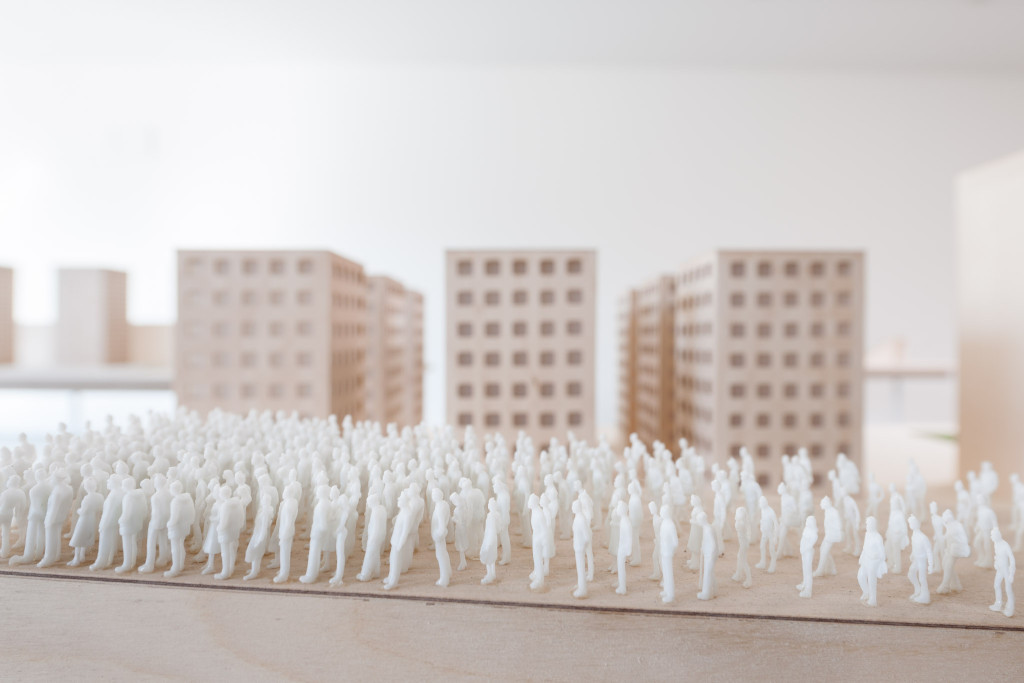 Works featuring everyday objects, such as Bench for Looking Up (2015), reference objects from within video works featured in other sections of the exhibition. Elsewhere, the sounds and visuals of films bleed into one another, both deliberately referencing and complementing the other. 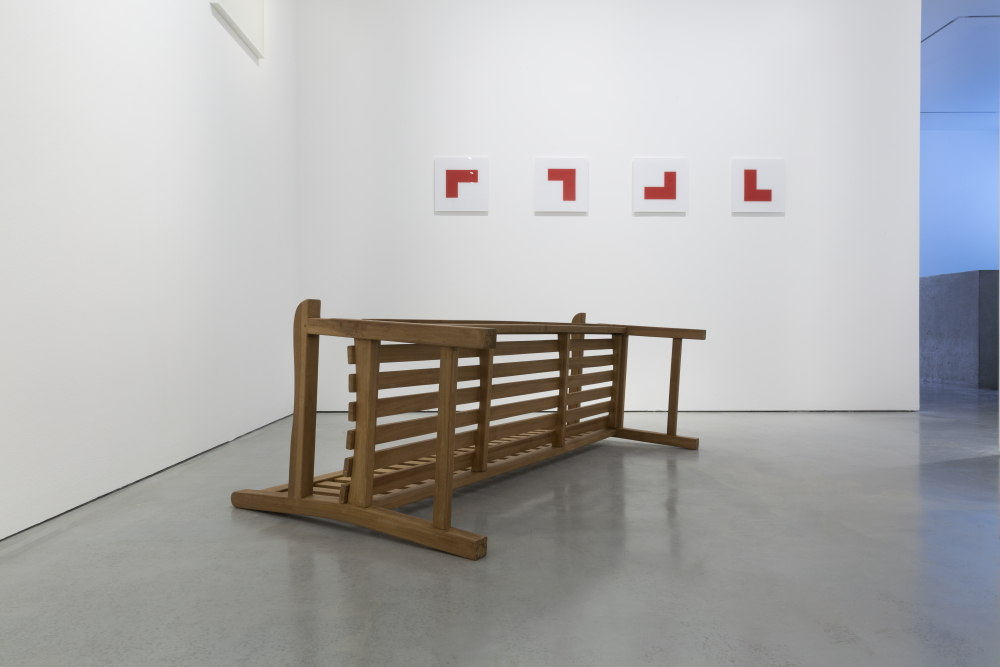 Though working across a number of mediums, Wood and Harrison’s works all share a common thread – that of everyday objects or experiences being subverted. The artists’ video works, for which they were initially known, tend to be set in neutral surroundings with a straightforward, do-it-yourself aesthetic. In Semi Automatic Painting Machine (2014) a series of objects (a clock, a rubber plant, a toy airplane) are left at the mercy of a spray paint gun. The artists make visual jokes that gravitate around ideas of transformation and camouflage – with a lick of paint a black bike becomes a white bike; a sniper in military camouflage has his position exposed with a splattering of bright pink paint. 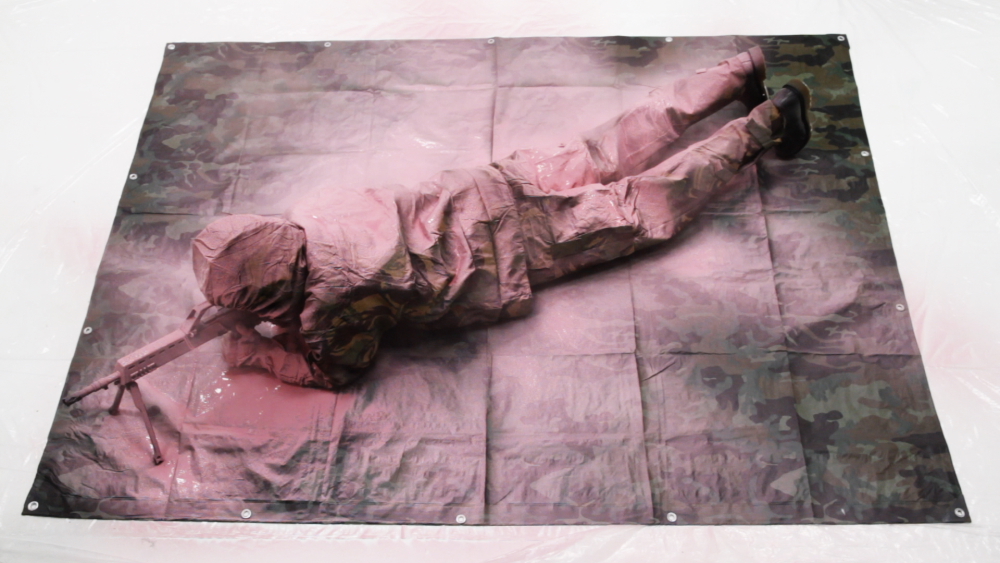 In 13 Assassinations (2013), a film which demonstrates their talent for timing and choreography, Harrison himself becomes the unfortunate target of thirteen different shootings. As with all of their films, the sound and movement are controlled and precise. In this instance, the silence adds to the mounting tension between each gun shot, as the viewer waits for the inevitable blood spatter. The artists bring the same precision to their sculptures, such as England 1976 (2013) and France 1994 (2015) – detailed scale models of a tennis court and hovercraft respectively. 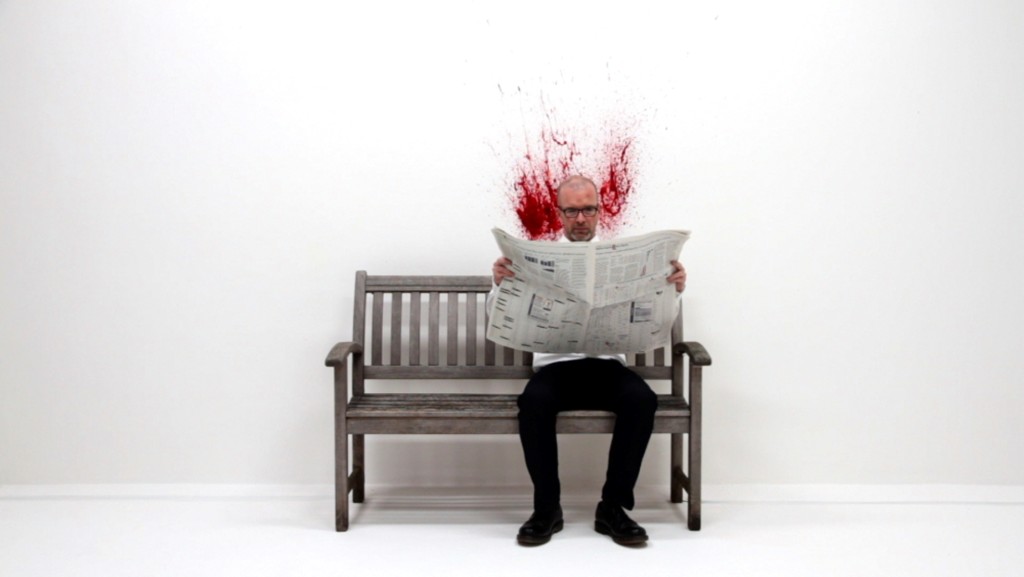 One of the smallest works in the show, Pencil Sharpener (2015), is a short rubber-topped pencil jammed into a stationary-standard sharpener. With the tiny amount of pencil remaining barely large enough to write with, the uselessness of the pencil is farcical rather than frustrating. In their photographic work, Spade / Shovel (2014), the artists’ playfulness comes across again in the emphasis on the common mix up between the appearance and purpose of the two objects. 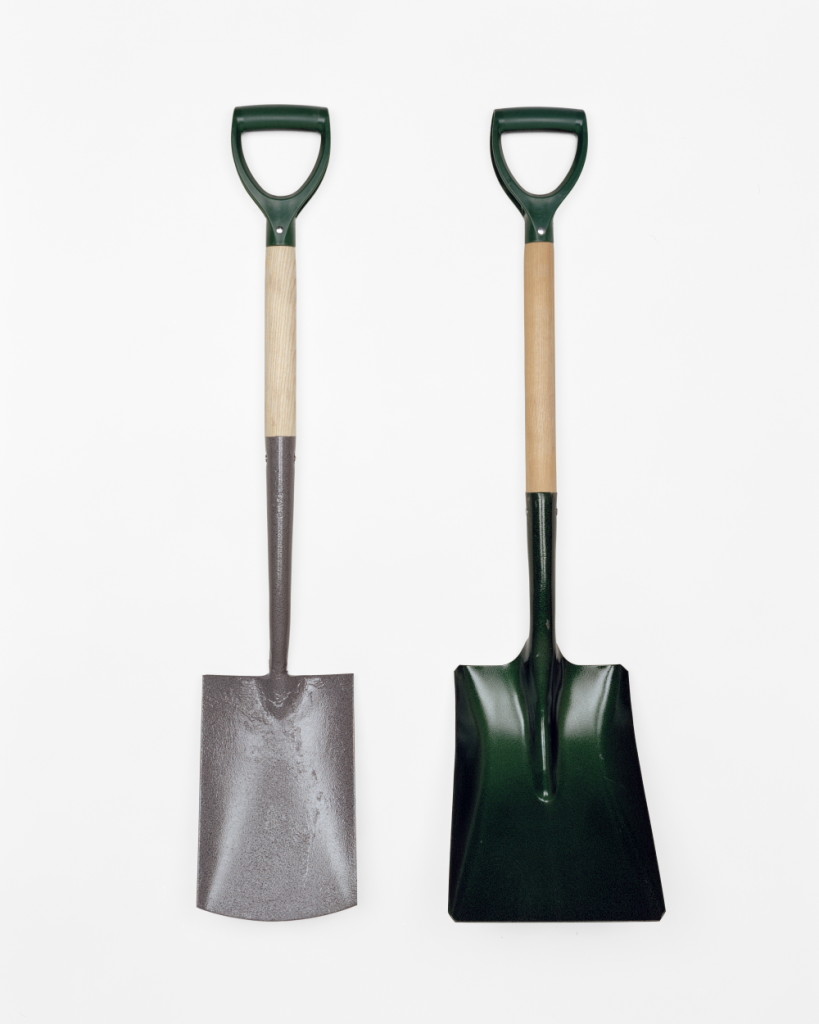 Wood and Harrison will also present exhibitions at Bristol Museum and Art Gallery and at ICC, Tokyo, Japan this Autumn.

About The Artists
John Wood (* 1969 in Hong Kong) and Paul Har­ri­son (*1966 in Wolver­hamp­ton, Eng­land) both stud­ied at the Bath Col­lege of Higher Edu­ca­tion and have been work­ing together since 1993. The video works, which include per­for­mance of the Har­ri­son & Wood duo take a posi­tion between tragedy, com­edy and irony. These works, which are min­i­mal­ist, sculp­tural and have ele­ments of instal­la­tion and per­for­mance, oscil­late between fail­ure, cal­cu­la­tion and ran­dom­ness. They are exper­i­ments with the size, the vol­ume and the move­ment of the human body in rela­tion to the sur­round­ing archi­tec­ture, which the two artists have usu­ally built themselves. harrisonandwood.com 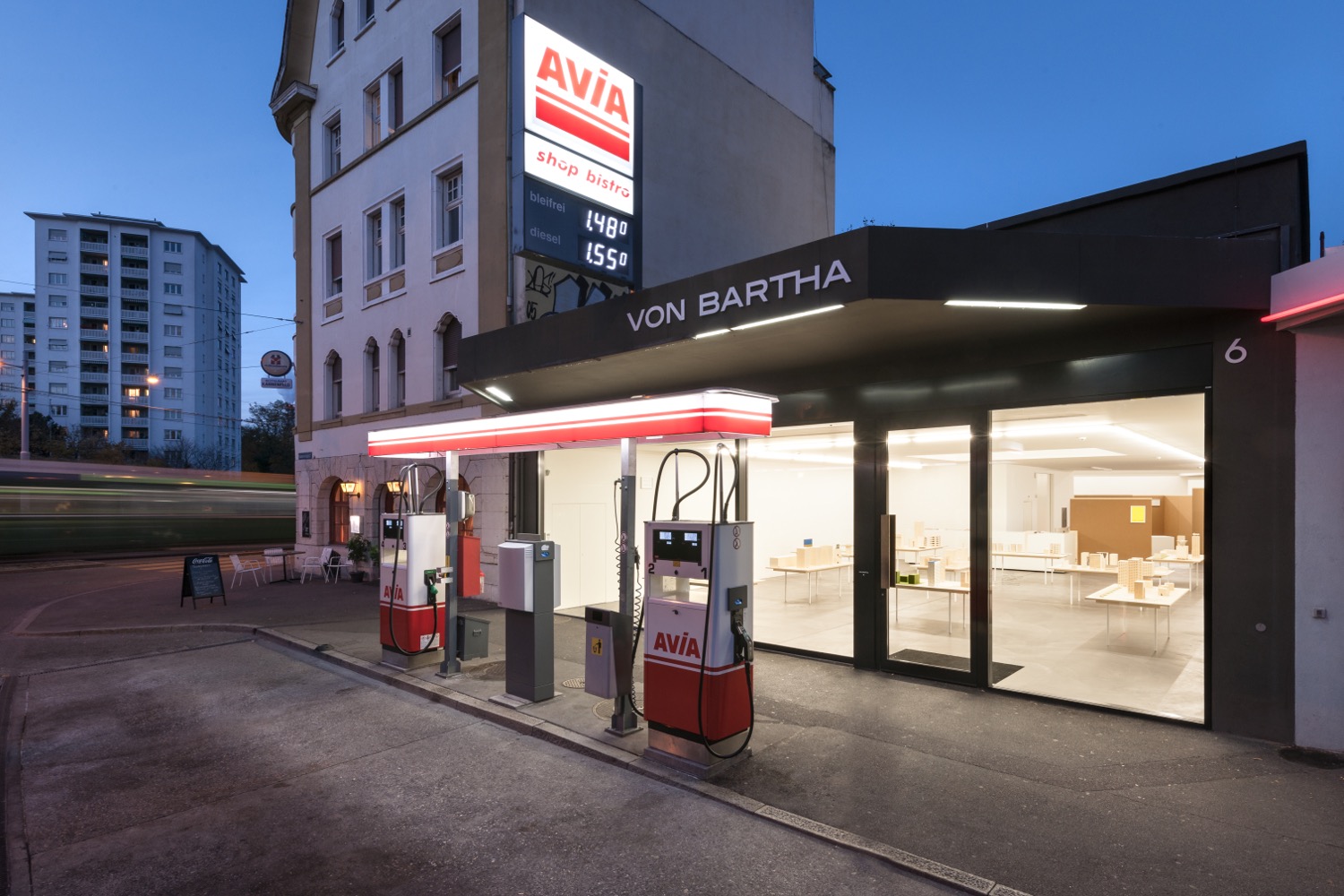 About von Bartha
Representing over twenty artists, von Bartha is a contemporary gallery with locations in Basel and S-chanf active in both the primary and secondary markets. Co-founded in 1970 by Margareta and Miklos von Bartha, the gallery initially gained recognition for showing historically significant groups such as the Asociación Arte Concreto-Invención and Arte Madí, the ZERO group and the Hungarian Avant-Garde. They also worked with significant contemporary artists of their own era such as Olle Baertling and Aurelie Nemours. The gallery built on its foundations to establish a contemporary programme now directed by the second generation of the family, Stefan von Bartha. Today it maintains a focus on Concrete Art, Op Art, Kinetic Art, Activist Art, Installation Art and Light Art. The gallery represents an international roster of artists that includes Christian Andersson, Andrew Bick, Terry Haggerty, John Wood and Paul Harrison, Imi Knoebel, Sarah Oppenheimer, Florian Slotawa, Bob and Roberta Smith and Bernar Venet as well as important Swiss artists such as Daniel Robert Hunziker, Karim Noureldin, Boris Rebetez and Beat Zoderer. Von Bartha continues to represent European modern artists such as Olle Baertling, Camille Graeser, Gerhard von Graevenitz and Bernhard Luginbühl. Von Bartha’s location in Basel is a 850m² converted garage which has been used to great effect to present large-scale installations by gallery artists. The gallery has a second space located in S-chanf in the Engadin Alps used for special exhibitions and projects. By commissioning and exhibiting ambitious new works, the gallery nurtures successive generations of artists, while supporting the continually evolving practice of their established artists. www.vonbartha.com 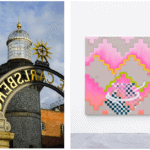 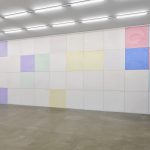 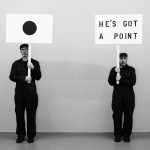