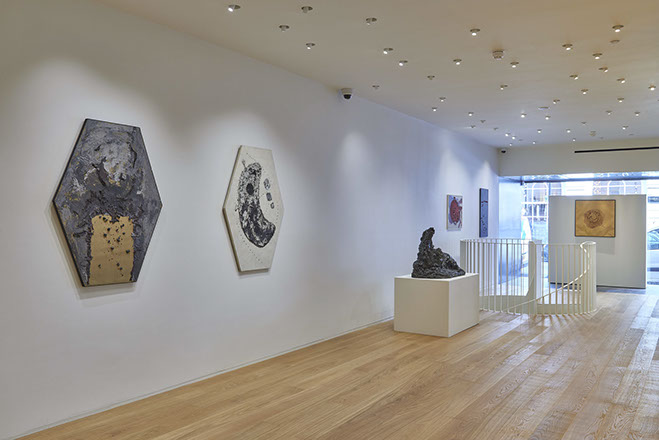 Is there no limit to London’s appetite for Italian art centred on the 1960’s? It’s all over the auctions and fairs, and you can also now see:

* Lucio Fontana at the impressive new Tornabuoni Art – 50 top examples, including two of only four hexagonal paintings he made.

* Luxembourg & Dayan’s presentation of yet another worthwhile Boetti show – indeed the quality and quantity is close to the Tate’s retrospective of 2013 (and Boetti is the key generative figure in White Cube’s tapestry survey at Mason’s Yard).

* the slightly less well-known Alberto Burri at Mazzoleni: he should be up there with Fontana and Boetti and this thiese exemplary selections from each of his phases show why..

Given the quality, it’s hard to complain, but add the recent prominence of Manzoni, Pistoletto, Dadmaino, Calzolari, Vedova, Carol Rama (who died recently at 97) and all the Arte Povera group, and you may wonder whether there’s a key figure who hasn’t had a London solo show. Enrico Castellani comes to mind, but you only have to wait till February for Dominique Lévy’s account of him… Maybe Carla Accardi should also be lined up? 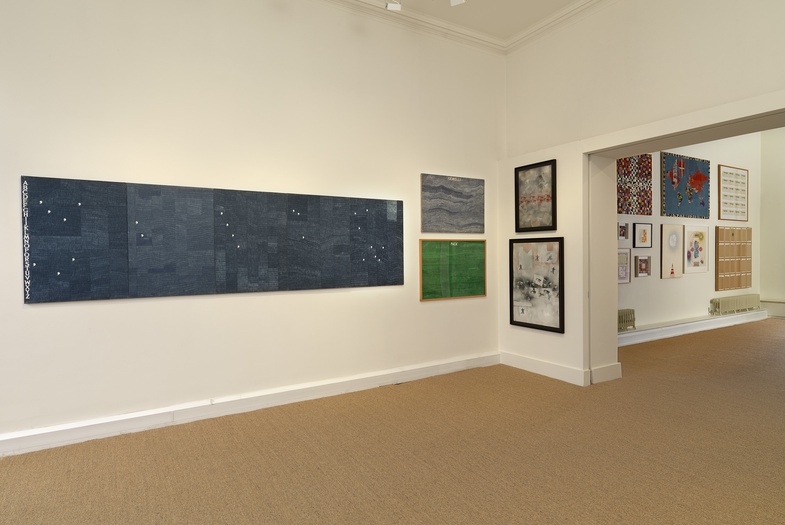