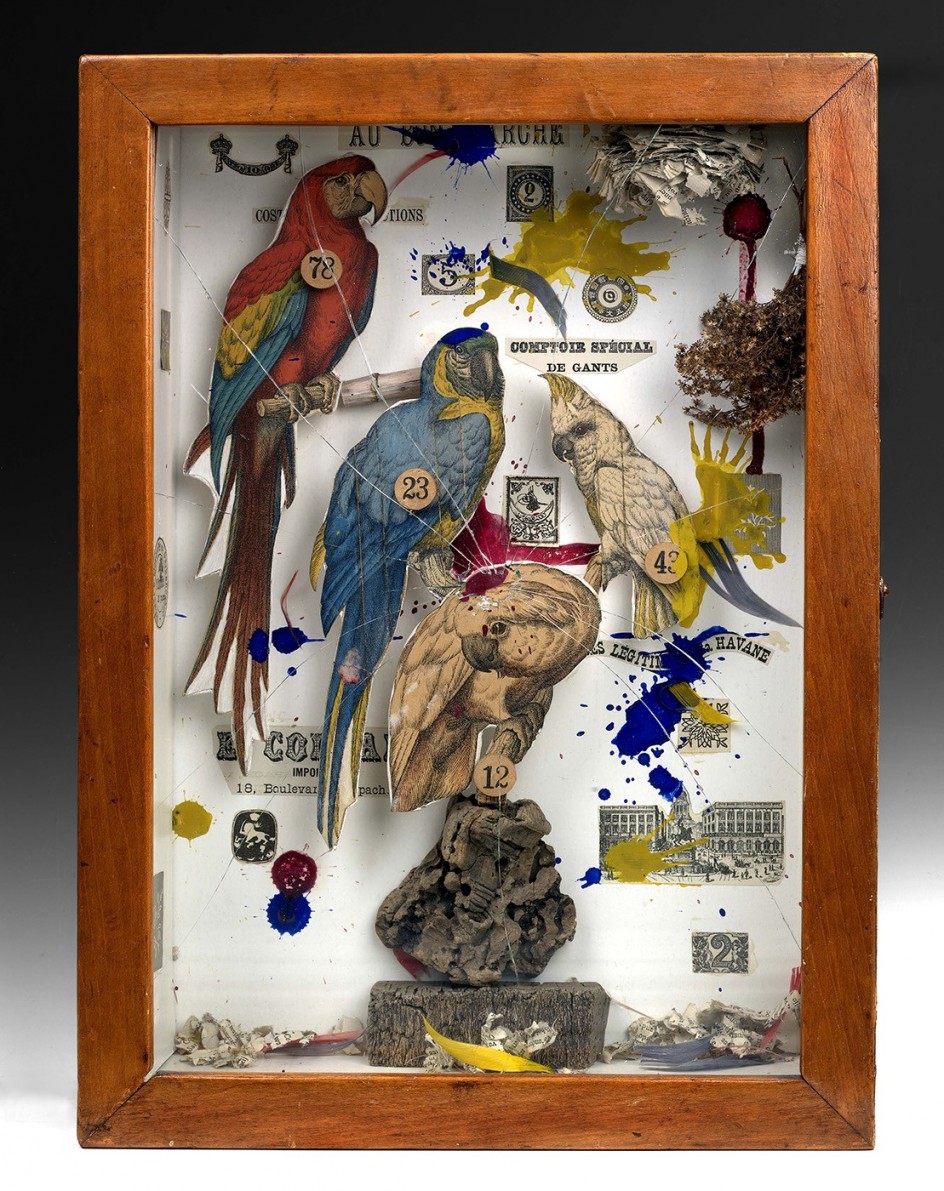 You have a couple of weeks left to see far more of Joseph Cornell’s boxed creations of other worlds than you’ll find in London again (‘Wanderlust,’ at the Royal Academy to 27 Sept). The eighty works on show include Habitat Group for a Shooting Gallery, 1943, one of the most iconic, and one of the few to reference external current affairs directly. Birds in a museum cabinet case have been shot at, which could be a light-hearted fairground spoof, but according to the catalogue it registers both Cornell’s ‘disturbance at the loss of life and destruction of culture in Europe during the Second World War’ and his awareness of the emergence of ‘action painting’. Charlie Smith’s current group show (‘Das Unheimliche’, to 3 Oct) includes among its explorations of the uncanny a collection of butterflies which had been invaded by the tiny yet fearsome winged skeletal humanoids which Tessa Farmer makes from plant roots and insect wings. Evidently they have smashed their way into the case, part of Farmer’s imagined world in which malevolent fairies stand in for the violent fight for survival and supremacy that takes place at every scale in nature. It’s also, surely, an homage to Cornell, an artist with whom Farmer shares much, including the rather effective practice of homage… 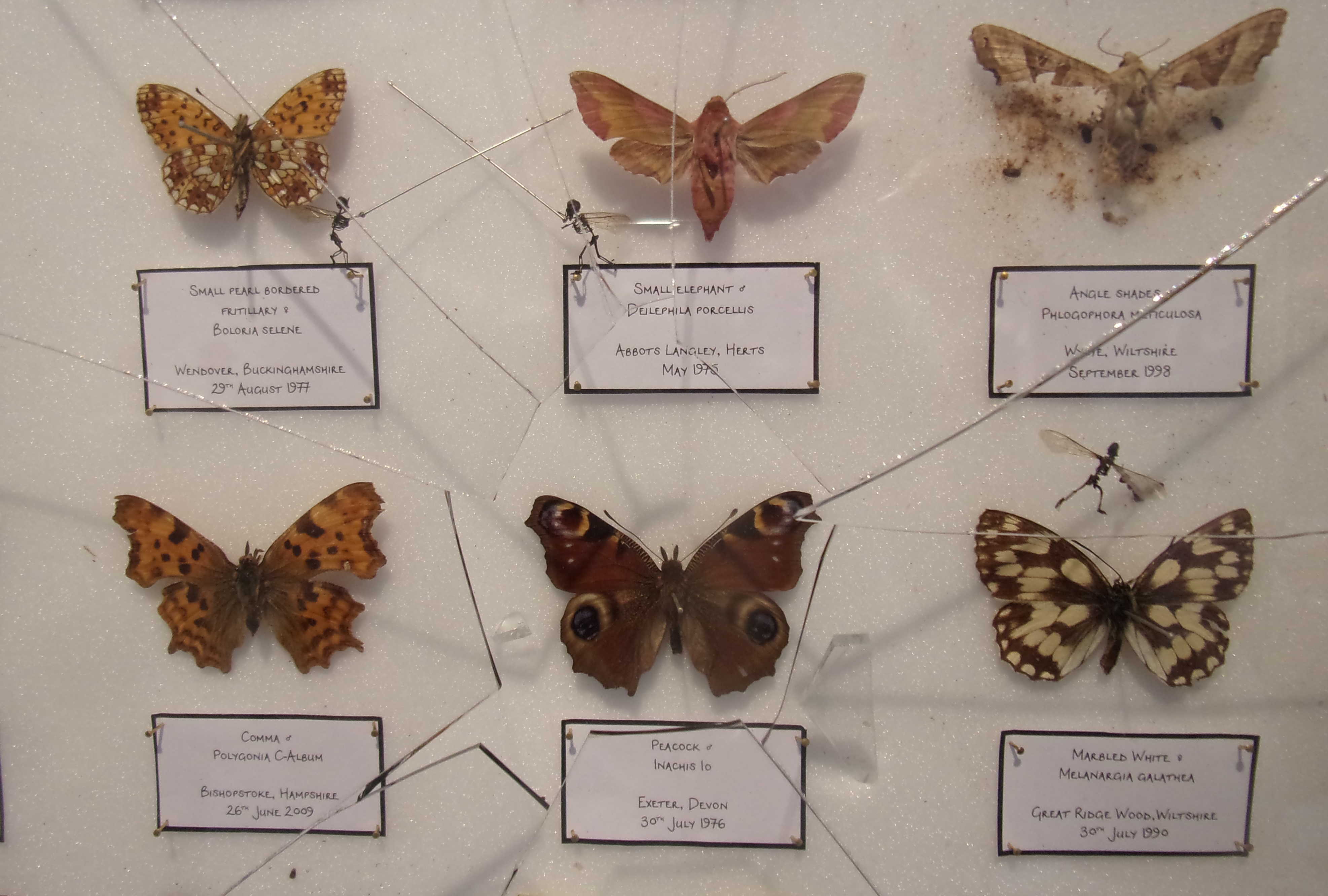 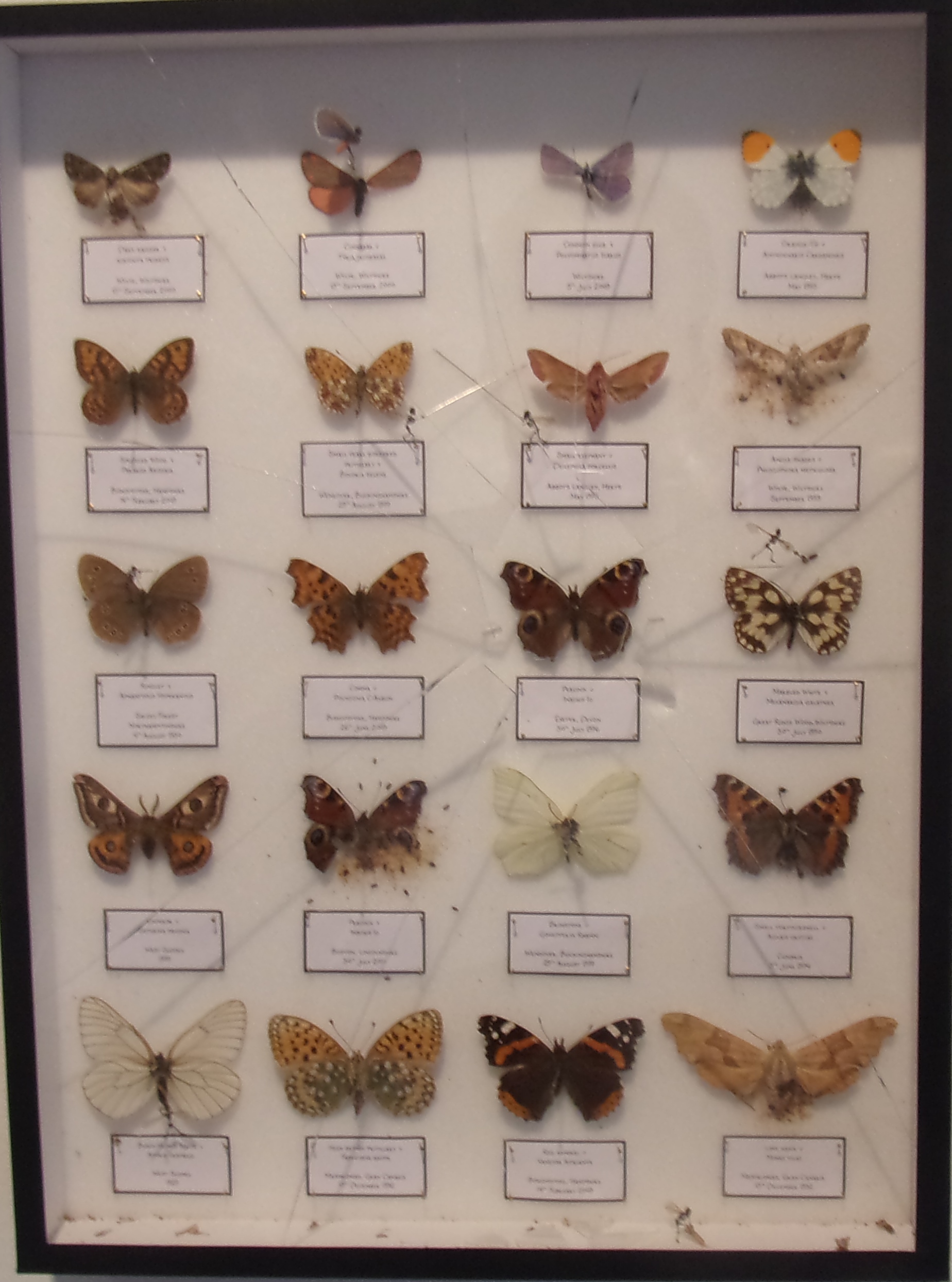