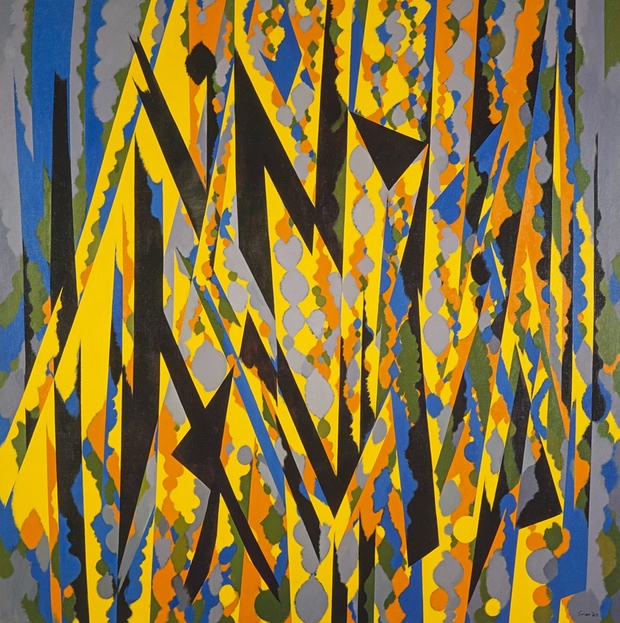 A century after his birth in Edinburgh, both the Redfern Gallery in London (to 5th Sept) and the Towner Gallery in Eastbourne (to 27th Sept) are celebrating the perhaps under-appreciated art of William Gear (1915-97).He showed with the radical CoBrA movement in 1950, when he was based in Paris; and was in 1961 one of the first abstract artists to be – controversially – selected for the Royal Academy summer show, though he didn’t become an Academician until 1995. Gear really shifted up when he found financial stability through being appointed curator at the Towner Gallery, where he spent 1958-64 in a post with accommodation and a studio thrown in (those were the days!). His distillations of landscape experience never quite represent anything directly – Gear said they were not of nature, but of his ‘thoughts of nature’ – but they often have the feeling of wind moving through trees in leaf-dappled light. In formal terms, Gear’s achievement was to combine hard-edged vertical elements with more horizontal and blurred patches to set up a collision between structure and intuition, sculptural and decorative, rhythmic and lyrical. He also tended to contrast black with intense colours, an inspiration he ascribed equally to Fernand Léger and a love of the mediaeval, though there are also wintery paintings in which greys predominate. It’s not obvious, then, why Gear shouldn’t be rated comparably to say Ivon Hitchens and Bryan Wynter. 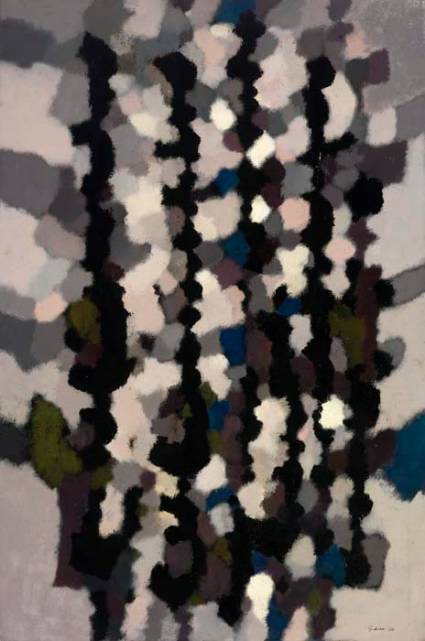