Lawrence Weiner American artist and founding figure of Conceptual Art to be next artist at Blenheim Art Foundation. - FAD Magazine
Skip to content

Following on from their well received first exhibition with Ai Weiwei Blenheim Art Foundation have just announced their second exhibition which will be a new exhibition by American artist and founding figure of Conceptual Art, Lawrence Weiner. Opening at Blenheim Palace on 10th October, the exhibition will showcase works conceived by the artist over the last several decades, in addition to significant, site-specific works, created especially for the Palace. Integrated throughout the ornately furnished Palace rooms, as well as the monumental exterior of the 18th century building, the exhibition is a continuation of the artist’s practice, using language as a medium to create a multitude of sculptural forms for this UNESCO World Heritage site. 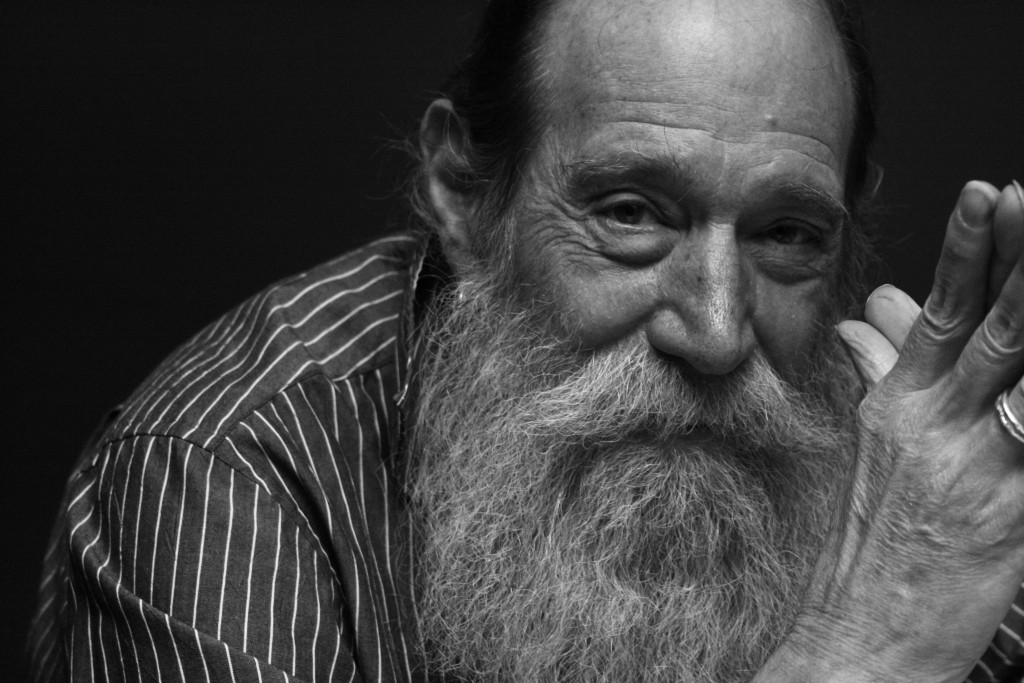 Lawrence Weiner is regarded as one of the most influential artists working today with a career spanning over fifty years. Within a Realm of Distance, conceived by the artist in close collaboration with Blenheim Art Foundation and co-curator Christian Gether, Director, ARKEN Museum of Modern Art, will feature a new and ambitious body of work presented in a building that dates back to 1704 and which famously became the birth place of British Prime Minister Sir Winston Churchill in 1874. Existing as an idea rather than a physical object, Weiner invites visitors to experience his work in tandem with the rich heritage of the Palace, using the building’s historic collections as a support structure for his artistic vision.
Within a Realm of Distance is the second exhibition by Blenheim Art Foundation, a programme of contemporary art, which sees exhibitions presented at the Palace by internationally acclaimed contemporary artists, and follows the inaugural exhibition Ai Weiwei at Blenheim Palace (2014). The Foundation was established by Lord Edward Spencer-Churchill, whose family have resided at Blenheim Palace since the early 18th century, and whose brother is the 12th Duke of Marlborough. A dedicated collector of contemporary art, Lord Edward has long held the ambition to launch a contemporary art programme at Blenheim Palace, and realised Blenheim Art Foundation in 2014 with its Director, Michael Frahm. 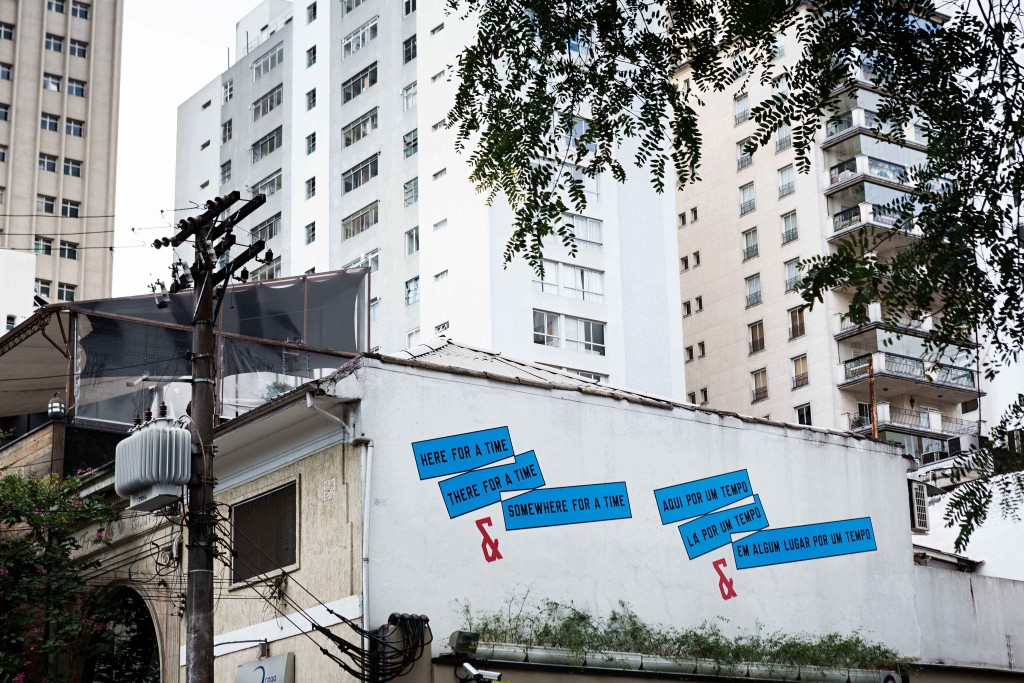 Lawrence Weiner is undoubtedly one of the most influential artists living today; his work and artistic philosophy have been profoundly relevant for more than 50 years. Known for his founding role in the Conceptual Art movement in the 1960’s, his radical art practice continues to challenge the cultural status quo by exploring propositions about our relationships to objects and places. His work is subjective, accessible and functional and he is perhaps best described as a sculptor who has redefined the artist-viewer relationship using language as his primary medium. We are thrilled to collaborate with Lawrence on this extensive exhibition and take visitors on a journey through a simultaneous reality created within the structure of Blenheim Palace.

About The Artist
Lawrence Weiner (b.1942) lives and works in West Village New York and is considered a seminal figure in the founding of Conceptual Art. Weiner is one of the most radical artists to use language as his artistic medium and in 1969 Weiner cemented his mode of practice in a Statement of Intent, which, considered a pivotal moment at the beginning of the artistic movement, stipulated that his statements were the artwork whilst both their production and interpretation “rests with the receiver”. 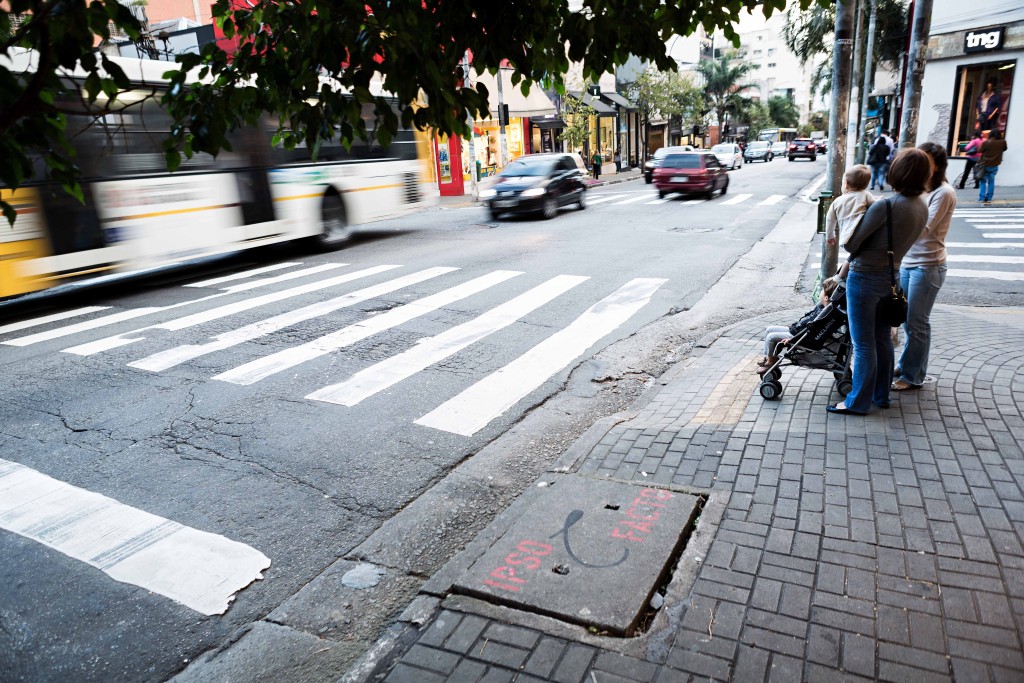 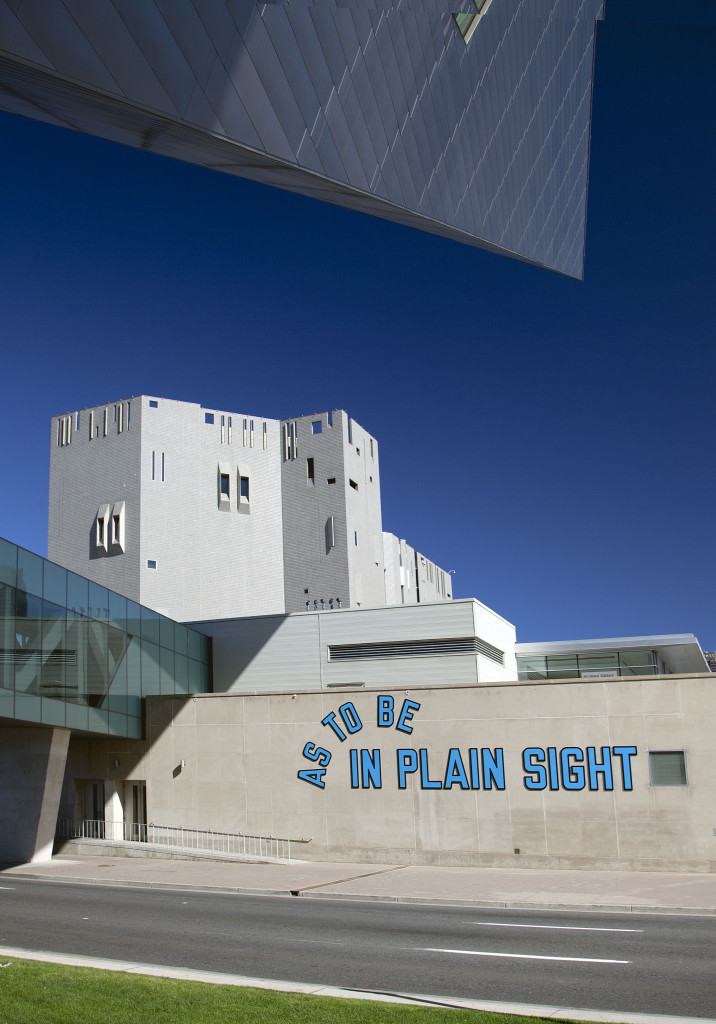 AS TO BE IN PLAIN SIGHT Lawrence Weiner, 2010 Denver Art Museum, Colorado 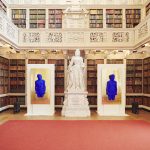