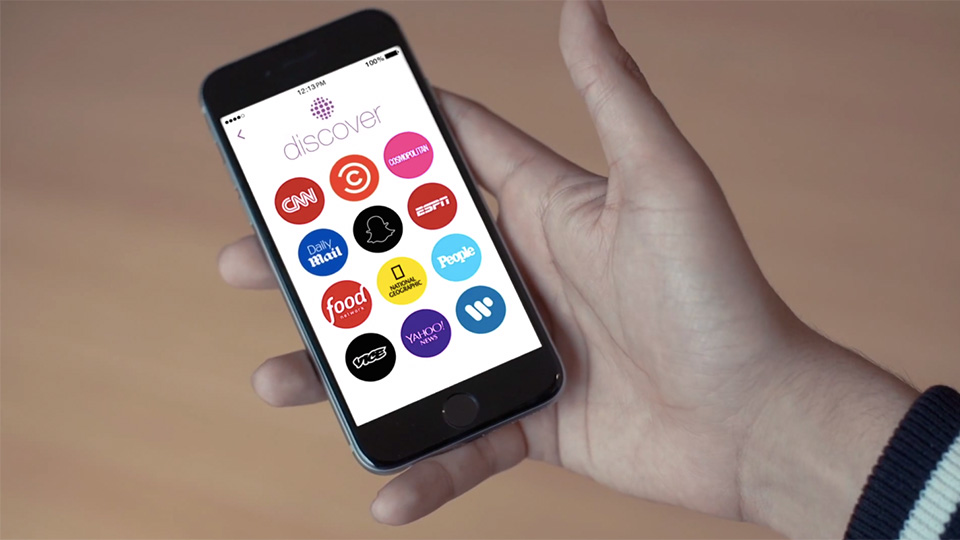 SNAPCHAT: not *just* for nudie pics.  The social network, which as FAD readers will know, sends self-destructing messages to selected recipients only, has announced this week that it is has formed 12 partnerships with news organisations that will provide curated editorial news. This ‘curated’ part is a biggie, as it makes Snapchat the first social network to provide algo-free news – in other words, actual trained news editors decide what the most important story is for you to see, not the number of likes the story has had. Or to look at it another way, you’ll actually get to hear about a huge news event like a plane crash, an invasion, a tornado or whatever important horrors the world inflicts, instead of just seeing another picture of a monkey in a hat showing up in your feed.

It’s also a big deal because according to Snapchat in May 2014, the app’s users were sending 700 million photos and videos per day, while Snapchat Stories content was being viewed 500 million times per day. That’s a fair few people, and if the trend in growth continues, that’s a lot more people who will get access to high quality journalism. Which as journalists, we can only applaud.