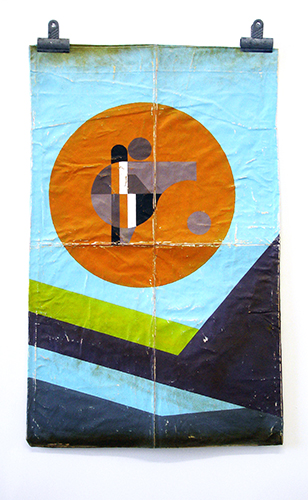 ?FOLD Gallery is showing a great solo show of new work from Tim Ellis, his first at the gallery.
The exhibition comprises a series of paintings and three-dimensional collages, which use a range of sources and materials. Their appearance is suggestive of totemic importance, reminiscent of the relics of a long forgotten society. 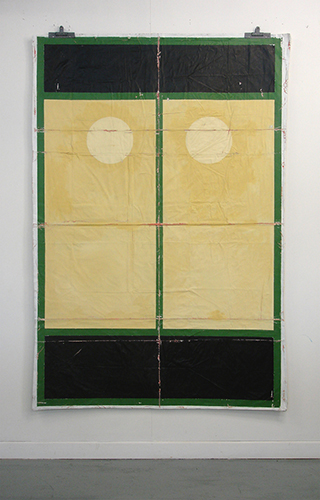 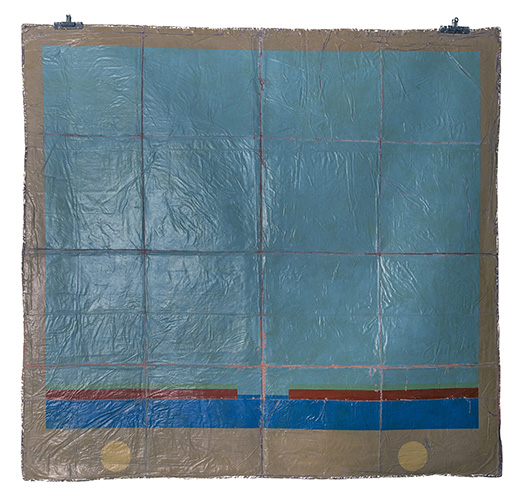 In accord with Ellis’ artistic interest and ritual, the sculptures are constructed from reclaimed man-made fragments from a variety of environments. Grazed and ocean-worn forms, deposited on the shores of Orkney, are juxtaposed against debris from the city and architectural elements sourced from reclamation yards. These found forms are distilled and reconstructed to create objects that could potentially serve or offer a purpose. Perhaps seen as urns encapsulating the uncertainty of what lies beyond the present or totems offering comfort and reassurance in the unknown.
A series of paintings, each with their own symbolic imagery, create a backdrop for the sculptures to perform in front of. Abstracted from pre-existing designs and manipulated physically to suggest a function, each possesses their own intrinsic code. The true nature of what they represent or stand for remains abstract but seemingly familiar through the repetition of the material decisions. The graphic shapes dimensionally and directly respond to the sculptures, alluding to the possibility that they were once intertwined and communicating as one.

The exhibition invites the viewer to participate in philosophical meditation, promoting questions regarding the quintessence of a universal cyclical. In a beginning……lies an end….the end is where we start from…… 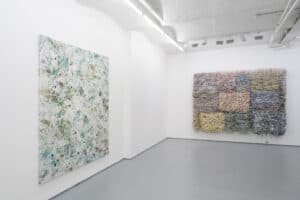 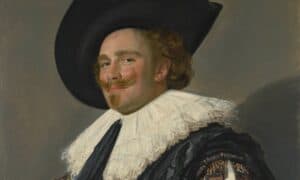 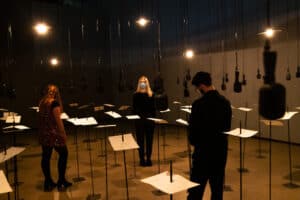