Tabish Khan the @LondonArtCritic picks his favourite exhibitions to see in July in London. Each one comes with a concise review to help you decide whether it’s for you. Those looking for more exhibitions should check out his previous top 5 where all but one remain open.

Ghostly figures, with their faces deliberately unclear, hang on the walls and from the ceilings in these stunning paintings on textiles. They draw from both the artist’s Nigerian heritage and also the universal desire to reconnect with nature after lockdown. Until 30 July.

Through the gas masks and body parts in a life raft it’s clear to see that Wolf Vostell experienced the impacts of war first hand, having fled Germany before WW2. It’s a time capsule of a show that also incorporates screens into his work, as well as car components and commercial elements such as a Coke can – reflecting the good chunk of the 20th century that he lived through. Until 23 July.

There are dancing couples and a finely dressed pair of skeletons in this swirl through David Remfry’s 60 year career as a painter. It’s a joyous collection of watercolour paintings to inaugurate the Royal Watercolour Society’s new exhibition space next door to The National Gallery. Until 30 July.

The pop art pioneer Peter Blake is marking his 90th birthday by displaying a series of 170 watercolours illustrating Dylan Thomas’ play Under Milk Wood. It’s a mammoth feat that the artist has been working on for 40 years and it’s a collection that stretches from the every day to dream like imagery. Until 23 July.

Michael Kagan has based his sculpture and paintings on NASA imagery from the moon landings and I love this idea of a thick painterly style to recreate one of humanity’s greatest technological achievements – two worlds that feel so far apart from one another. Until 30 July.

This group show brings together four very different artists who all centre their work around our interaction with the environment, through painting and sculpture. The highlight for me was the work of Matt Gale whose interconnected vessels look like they’d be more at home in a laboratory. Until 16 July. 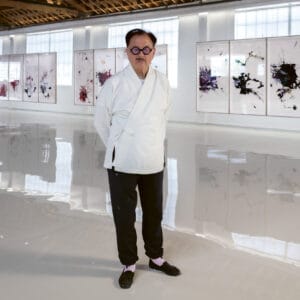 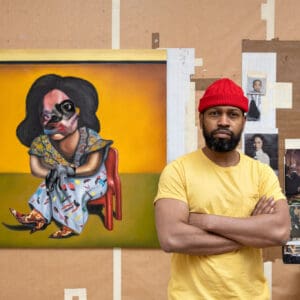