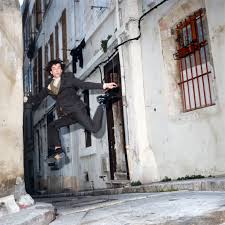 The fee of a one-day membership, £10,854, reflects the cost of purchasing one square metre of land in the Royal Borough of Kensington and Chelsea. Having only one member at any given time, One Square Club is one of the most exclusive private members’ clubs in the world.

The club will predominantly exist within the Royal Borough of Kensington and Chelsea, yet it is mobile and has the ability to travel to other locations. If the club were to temporarily move to a different site, the cost of a membership and the process of awarding memberships will be reconfigured.

About The Artist
Graduated from Royal College of Art in 2011 with a Masters in Photography. Won the Deutsche Bank Award in 2011 www.tompope.co.uk

Opening soon: One Square Club, the most exclusive private members’ club in the world.

A conversation between Tom Pope and Laura Liliyana- Raffaella Cogoni