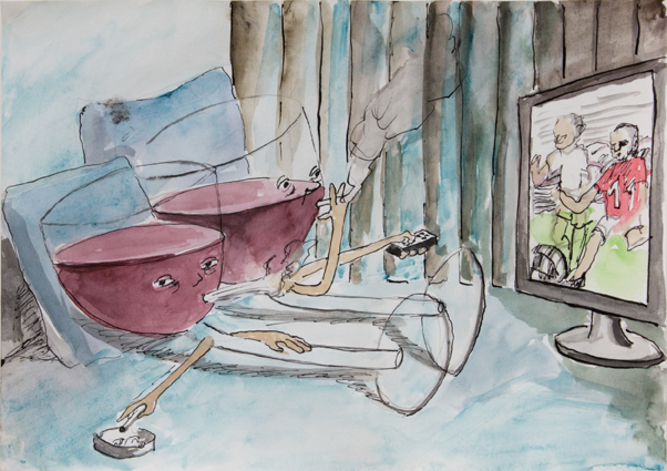 Amelie von Wulffen: from her Untitled selection, 2010-13 – here it’s the glasses of wine which have a post-coital cigarette

Art Biennials are great ways of getting around unfamiliar aspects of a city. Venice is the archetype, but it works elsewhere, even if – as in the current Liverpool Biennial and its associated shows – most of the art itself is uninspiring. You get, for example, into a fascinating circular block of social housing to see… a one hour 1980 TV programme by Jef Cornelis featuring four Belgian professors in a sub-titled discussion of the role of the intellectual in Flemish society. Or tour the peeling atmospherics of a former blind school and trade union HQ for the main group show, most memorable for an eight channel sound room with linked script by Rana Hamadeh, aggressive enough to be physically challenging as it pulls you into the Shiite ritual of Ashura. More reproducibly, Amelie von Wulffen’s adventures of fruit and tool characters tread the borders between art and illustration, children’s storyboard and adult perversity, with some wit. The John Moores Painting Prize had its few moments, including Jane Bustin’s transcendental move into copper – mysteriously not among the five works shortlisted – shown here reflecting Juliette Losq’s vertiginously drawn hinterland, which is. Open Eye’s spanking new premises have an appealing backwater of Hans Haake’s practice: his student photographs documenting Documenta 1959; and the old Open Eye space, remodelled as Model, has the lively group show ‘Axolotl’. Still, most of the best art was in the least surprising venue: Tate Liverpool, where imaginative re-presentations of less-often seen parts of the Tate collection (highlight: Paul Nash’s bark and slate collages) were shown, plus Nasreen Mohamedi’s tremblingly drawn grid dispersions and Mondrian as seen through his studios. 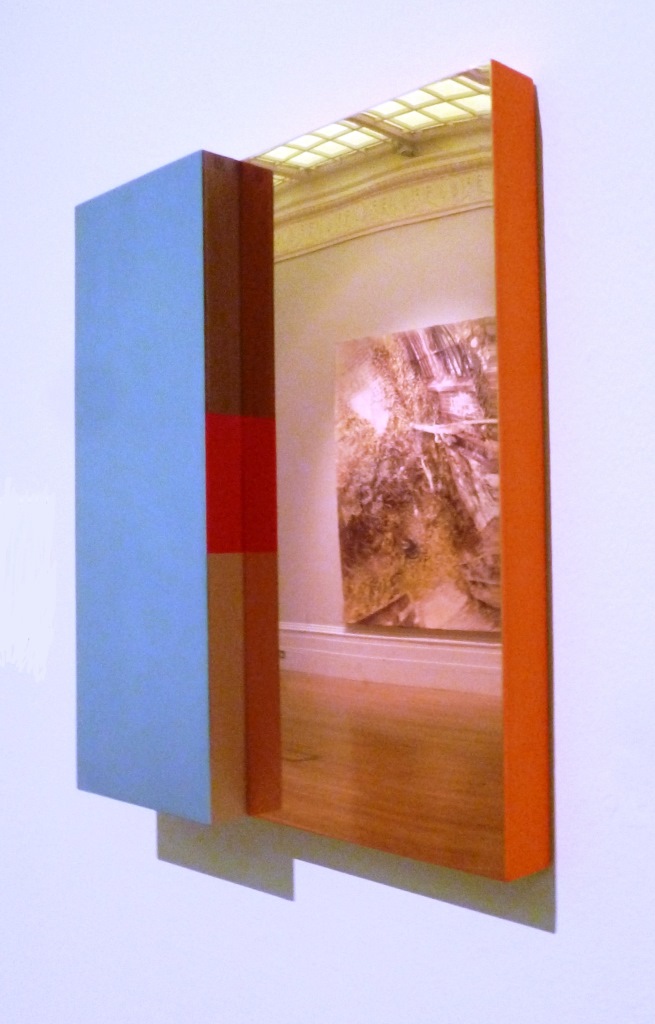