After my rave review of Free Range photography, I was looking forward to the two weekends worth of graduate fine art shows. Unfortunately some of the improvements I saw in photography compared to 2013 did not translate across into the art shows.

It’s ok for art not to have the professional veneer of photography, as it expresses the fact it’s a more raw medium but the descriptive text did not measure up. Artist statements were often missing and most conceptual works made no impact as there was often nothing to tell visitors what the artist was trying to say.

The quality was patchy as you would expect at a graduate show, there was a lot of impressive and innovative use of materials but I did feel that 2013 was a stronger showing than this year.

Having said this, there were some works that impressed me, so here they are in no particular order: 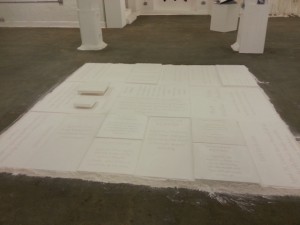 She styles herself as an art activist and had a great hard-hitting piece displaying manufactured gravestones of people who had committed suicide while on benefits, reflecting on how the welfare system can let people down. 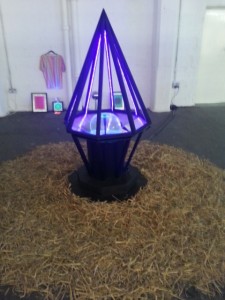 From a purely aesthetic perspective I liked Legg’s placement of a futuristic fountain on top of a bed of straw. It’s a jarring juxtaposition, even if the technology vs nature message has been done many times before. 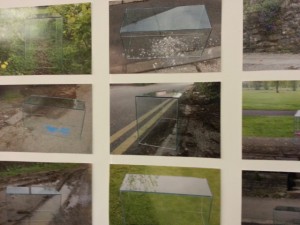 Duchamp may have spawned many artists to question what is art, but I liked the humour and mischievousness of this work where everyday items on the street are covered with a glass case, thus making them seem more important. 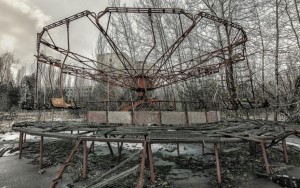 Abandoned images of Chernobyl may have been done to death but by placing the images in ornate frames makes them appear painterly and suggests a historic record which surely Chernobyl is en route to become.