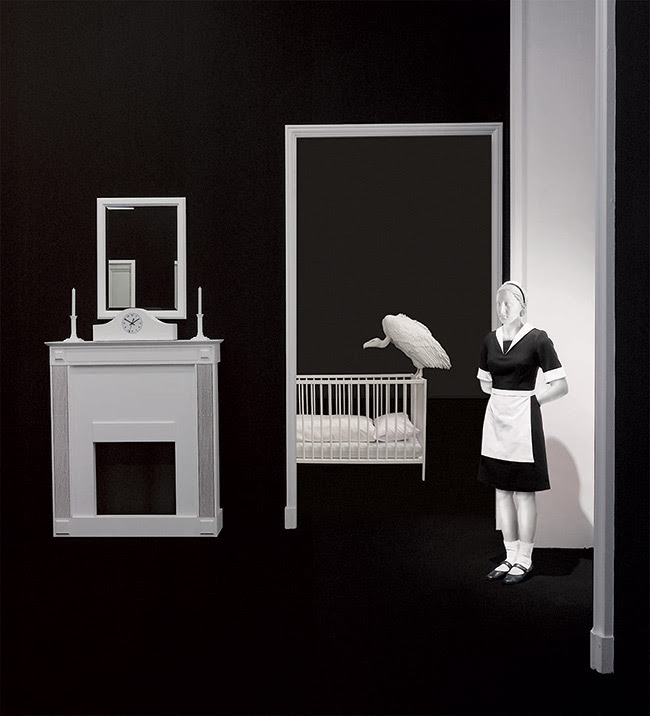 April 3 – May 3, 2014 Galerie Perrotin, Hong Kong
Galerie Perrotin is to present “THE OLD WORLD”, the first solo exhibition by the artist duo Elmgreen & Dragset in Hong Kong. From April 3th until May 3th , visitors are invited to view “THE OLD WORLD”, which is both an elaborate film set and an exhibition in its own right. During the course of the exhibition, a film will be shot using the exhibited sculptures as protagonists, around whom the action evolves.

In “THE OLD WORLD”, Elmgreen & Dragset revisit their interest in the dilemma of European historical identity and cultural heritage in a contemporary globalized world. What significance do European traditions have within the new world order?
In a humorous and surreal manner, Elmgreen & Dragset’s sculptural works play with classic European references in the context of Hong Kong, a former member of the British Empire, which today is a major financial powerhouse. The artists subtly transform the spatial features of the gallery’s main room into a stylized domestic setting, darkened to obtain a faux gothic ambience. The space shrinks into an otherworldly atmosphere with white sculptures tightly lit against a black background, as if the entire room and every object were taken out of a three dimensional black and white photograph.

One of the sculptures, “Unfinished Symphony” (2013), alludes to Gustav Mahler, whose final composition “Symphony No. 10” remained unfinished at the time of his death. An oversized and seemingly not yet completed plaster bust pays homage to the grandeur of the composer and classical music, but can also be read as a metaphor for the current cultural crises in what is considered “The Old World”. Has time simply run out for the epic visions of former times? A series of works presenting an exaggerated number of antique looking fireplaces placed along the walls, seems to indicate that the idea of a linear writing of history needs to be reconsidered. Upon these neoclassical style mantelpieces, one sees clocks whose hands are standing still. Upon one mantelpiece is placed a dramatic pile of books that cannot be opened, as they are made of carved wood and all painted ghostly white. Atop another one of the fireplaces sits a white miniature of “Powerless Structures, Fig. 101”, the artists’ Fourth Plinth Commission in London’s Trafalgar Square (2012 – 2013) – a boy astride a rocking horse – hinting at Europe’s vainglorious equestrian sculpture tradition. Finally the old class system is apparent in the work “White Maid” (2014), a life-size bronze sculpture painted matte white and depicting a Caucasian maid, dressed in the classic black and white maid uniform.

In the adjacent room the central object is “He”, a male counterpart to Denmark’s national symbol “The Little Mermaid”. “He” (2013) is positioned gazing out at the panoramic view of Hong Kong’s skyline through the gallery’s 17th floor window as if this figurative, poetic sculpture longs to be part of the busy city life happening outside. At the opposite end of the room is “Heritage” (2014), a judicial wig, also known as a peruke or periwig, a British colonial tradition still used in Hong Kong courthouses today. The wig is displayed on a stand, limp and emptied of its symbolic meaning when not worn by a judge; taken out of context, its old fashioned, odd design further pinpoints the ever-changing meaning of power symbols. 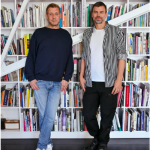