On 11th November 2020, artist duo Elmgreen & Dragset and Avant Arte, the world’s largest online community of art lovers, launch a new edition entitled THE FUTURE. The original version, a life size, wall mounted sculptural installation was created in 2014 for Biography, a major solo retrospective presented in Oslo and Copenhagen, and was later acquired by the Tel Aviv Museum of Art. The new limited-edition is a reimagining, with a meaning that has morphed and shifted poignantly through its new adaptation into domestic scale.

The duo, Michael Elmgreen and Ingar Dragset, have made a profound mark on the art world since they joined forces in 1995. Through their sculptures, installations and performances, Elmgreen & Dragset challenge their audiences to rethink societal norms. For The Future, a small scale wall sculpture in a limited edition of 30, the artists commemorate the boredom, loneliness and introspection of youth.

The Future is a hyperreal portrait in distinct contrast to today’s digital ‘selfie culture’. Elmgreen & Dragset’s subject is an anti-hero – a young boy looking into his future, an image both moving and full of potential. Perhaps more poignant now than ever, The Future speaks to the isolation and uncertainty of our times.

“Like many of our other works, and especially in light of the current “selfie” craze on social media, we wanted to make something that was more introspective, focused on calm, quiet moments of reflection, something not spectacular, that’s intimate and not necessarily shiny and happy. We cannot predict the future; we do not yet know what is in store for younger generations, like the teenager seated on the fire escape. Growing up is always painful.”

As with all their projects, for Elmgreen & Dragset context is key, and each work is closely considered in relation to its audience and its setting: public sculpture versus gallery exhibition, commercial space versus civic institution. Each time they exhibit The Future, its surroundings reshape its meaning and interpretations. At the Astrup Fearnley Museum in Oslo, for their major exhibition Biography (2014), The Future was mounted to look over Death of a Collector (2009), an installation where a fictional art collector is shown floating face down in a swimming pool – the swimming pool being a recurrent theme in Elmgreen & Dragset’s work. At the Tel Aviv Museum of Art, installed alongside For as Long as It Lasts (2016), a life-size copy of the Berlin Wall, the work was pulled into an entirely new context, situating it between histories of Communism and the ongoing Israel-Palestine conflict. In this way, through its various installations, The Future has opened discussions on temporality, spectatorship, and the physical and ideological boundaries of space, whilst directly challenging its viewers to consider the socio-political context of both the artwork and our own lives. In both of these examples, the impeccable design of their work rewrites modernist sculpture, and pulls together social commentary and Minimalist aesthetics.

This new edition of The Future takes the work into yet another new context – as a ‘miniature’ in scale, it is the quieter, intimate attributes of thoughtful contemplation that are further underlined. The notion of the introspective is even more pertinent as we are introduced to new realities, new codes of behaviour and new restrictions to our daily existence.

“We are so excited to be collaborating with Elmgreen & Dragset and especially on this piece. We were discussing the edition as we were going into lockdown, so it has really taken on a new significance. Displayed in a home at this size, rather than large-scale in a museum, The Future takes on a new meaning that we can all relate to, especially in times like these when we are all much more at home, inside, socially distanced – we are much more disconnected.”

The Future is a limited sculpture edition of 30. The original artwork was created for Biography, a major solo retrospective in two parts, presented at the Astrup Fearnley Museum in Oslo (2014), the National Gallery of Denmark in Copenhagen (2014-2015). The work was later exhibited in Powerless Structures at the Tel Aviv Museum of Art (2016).

Based in Berlin, Michael Elmgreen (b. 1961, Denmark) and Ingar Dragset (b. 1969, Norway) have worked as a collaborative duo since the mid-1990s. Throughout their career, Elmgreen & Dragset have redefined the way in which art is presented and experienced. Drawing from disciplines as divergent as institutional critique, social politics, performance and architecture, in their sculptures and installations the artists reconfigure the familiar with characteristic wit and subversive humour. From the transformation of New York City’s Bohen Foundation into a 13th Street Subway Station, to the siting of a forever-closed Prada boutique in a Texan desert in 2005, and the insertion of institutional or civic spaces within the architecture of a public gallery, as in the Serpentine Gallery’s critically acclaimed The Welfare Show in 2006 their work raises issues around social models and social spaces, and prompts a re-thinking of the status quo. A large solo presentation of their work is currently on view at EMMA Museum, Espoo, Finland. Elmgreen & Dragset were recipients of the Berlin award B.Z-Kulturpreis 2020. 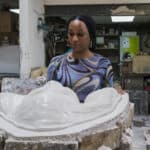 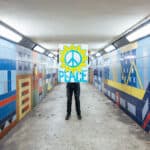 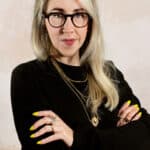