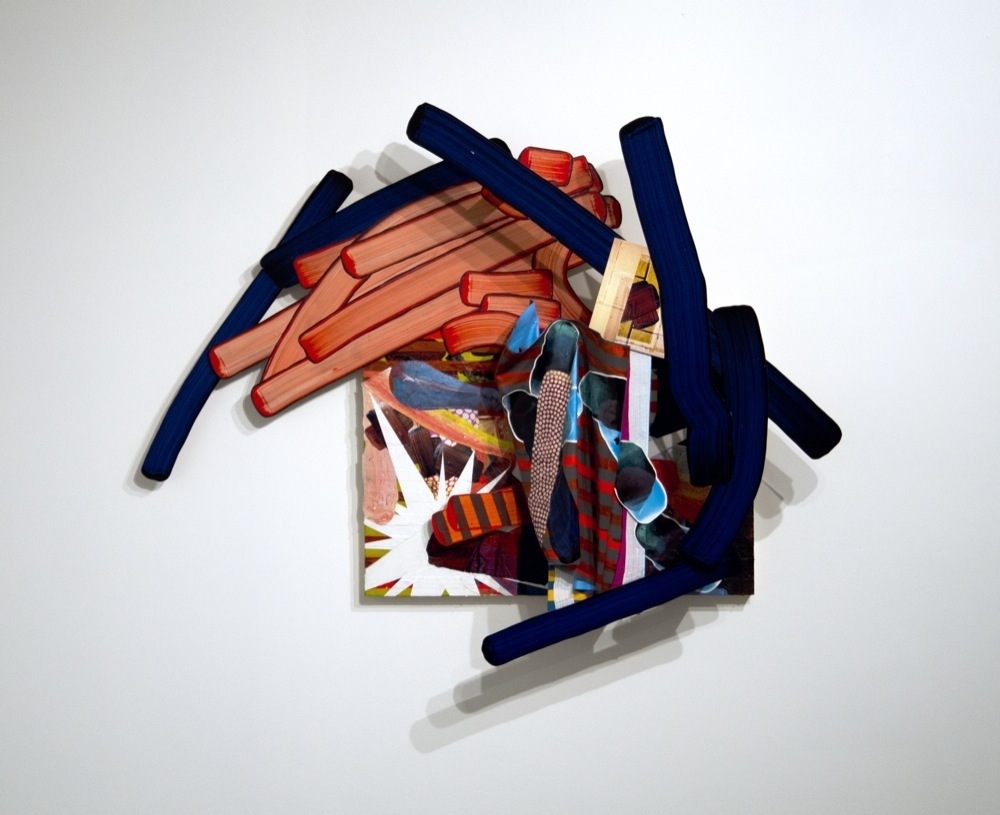 Wil Murray: Not not trite quotes not not empty politics not not evangelism: it’s just not not not the hot and cold running death not not the vanity of the morning’s casual mourners. 2012 Acrylic, Photo on Board 132.1 x 99.1 x 25.4 cm 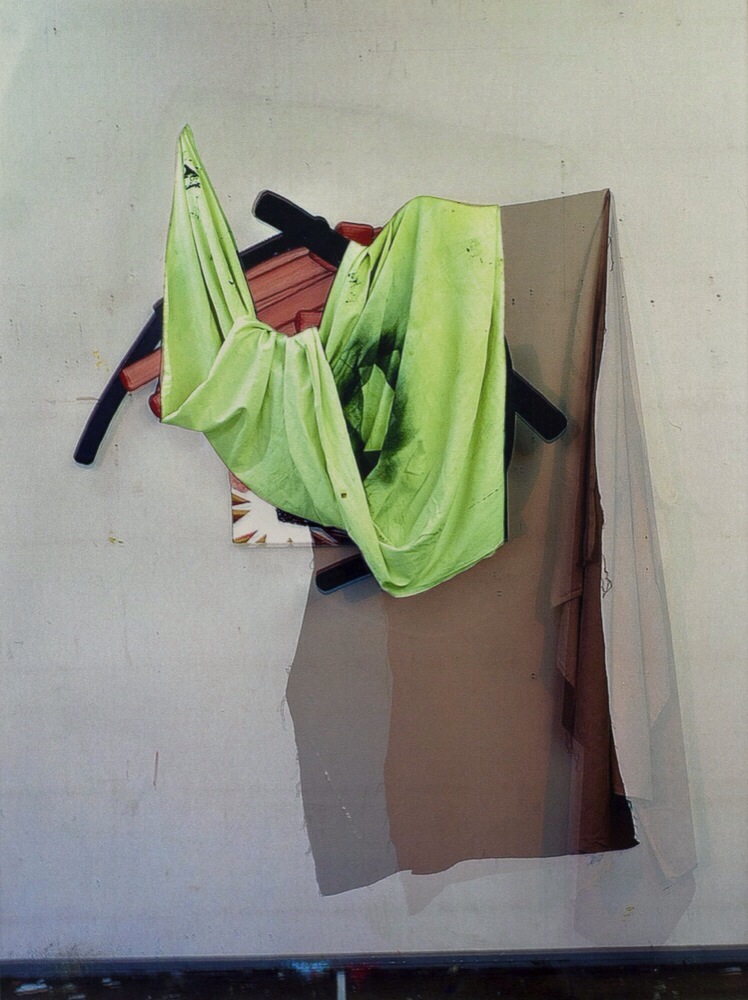 Spanning  the  past  three  years  of  his  multi-?faceted  practise,  the  exhibition  will  include  his  large-?scale  three-?dimensional  planar  paintings,  multiple  exposure  collages,  and  recent  hand  coloured  photographic  works.    Murray’s  work  is  a  hybrid  of  painting  and  photography.  Exploring  painting  as  a  method  less  based  on  procedure  than  materiality,  Murray  brings  together  the  processes  of  painting  and  analogue  photography.  Highlighting  the  role  of  the  object,  his  work  employs  time-?based  processes  that  allow  the  object  to  be  represented,  redeveloped  and  obscured.

His  use  of  photography  speaks  more  of  an  investigation  of  paintings’  relationship  to  time  and  object  than  the  production  of  digital  images  for  immediate  consumption.  Developing  on  from  his  site-?specific  installation  ‘Painted  Shut’  at  VITRINE  Bermondsey  Square  in  2012,  this  exhibition  will  expand  on  the  relationship  he  draws  between  painting  and  collage.    His  new  work  lays  its  roots  in  earlier  paintings,  which  the  artist  redevelops  through a series of time based processes.

In his ‘Collaged Drape’ series, work is repainted and partially obscured with fabric drapes before being photographed in black and white. Murray then recolours the single and multiple exposure prints with photo-oil paint. In his ‘Adieu Vielle Europe’ series found images of landscapes and interiors are retraced through paint.

“I am horrified by my hands and the actions they take, so I make my work from the actions tangential to them: accidents and omissions. No matter the medium, I prefer to approach its glittering emptiness and be made blind by its brightness or the shadow it casts. By stumbling blindly, more actions are taken, but fewer could be claimed as mine.”

About The Artist
Wil Murray (b. 1978, Calgary, Canada) studied painting at the Alberta College of Art and Design and currently lives and works in Canada. He has exhibited internationally, including at The National Gallery of Canada, East, Peggy Phelps Galleries (Claremont CA) and Staatsgalerie Prenzlauer Berg (Berlin). Amongst others, he has had solo shows at VITRINE Bermondsey Square, London; P|M Gallery, Toronto; Library Cote-St. Luc, Montreal; Staatsgalerie Prenzlauer Berg, Berlin; and Patrick Mikhail Gallery, Ottawa. He received an honourable mention in the prestigious RBC Canadian Painting Competition for his painting “Sexe Maniac Maniac Maniac Maniac Maniac” and his work was also featured in the Museum of Contemporary Canadian Art’s exhibition for national top-painters ‘Carte Blanche Vol. 2’, 2008. His work has recently been exhibited in group shows at The Hole, New York; GALERIE DE L’UQAM in Montréal, Québec; Gymnasia Herzliya, Tel-Aviv, Israel and Rene Blouin Gallery, Montreal. Murray has also played in several notoriously loud and short-spoken experimental bands.