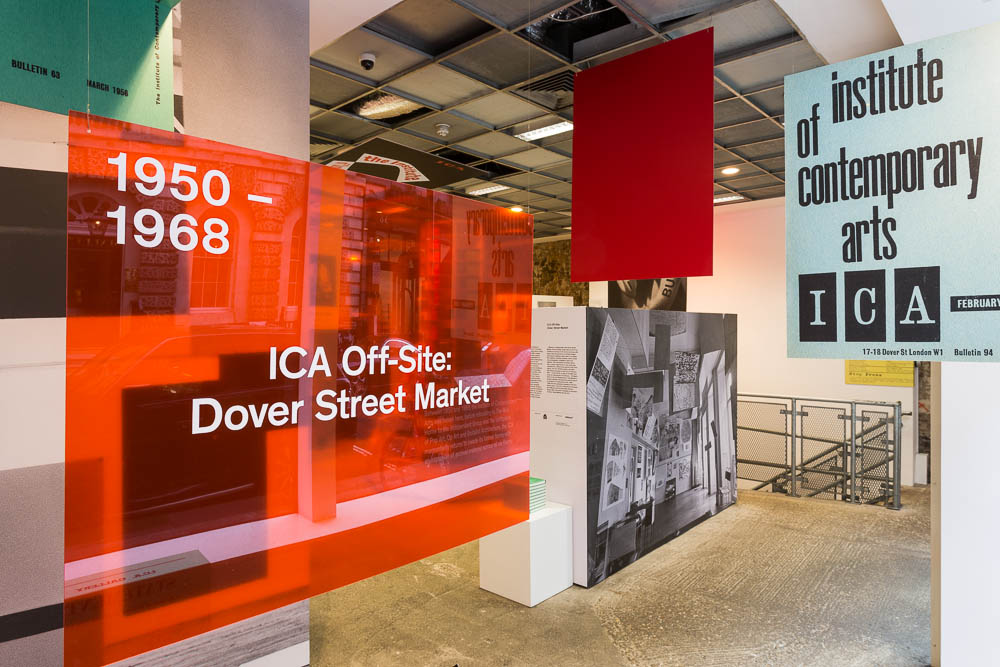 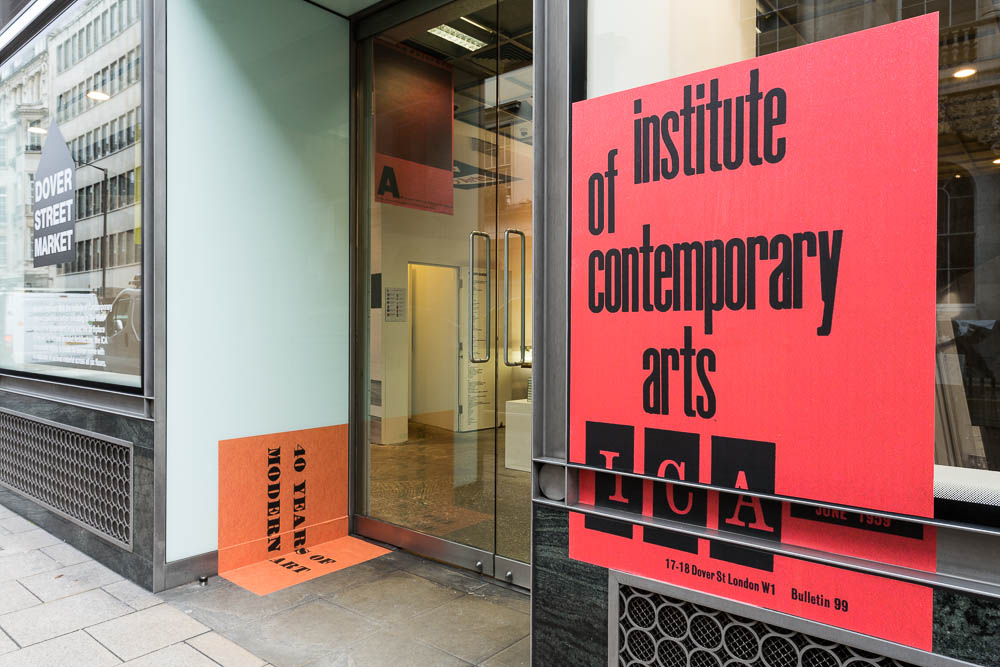 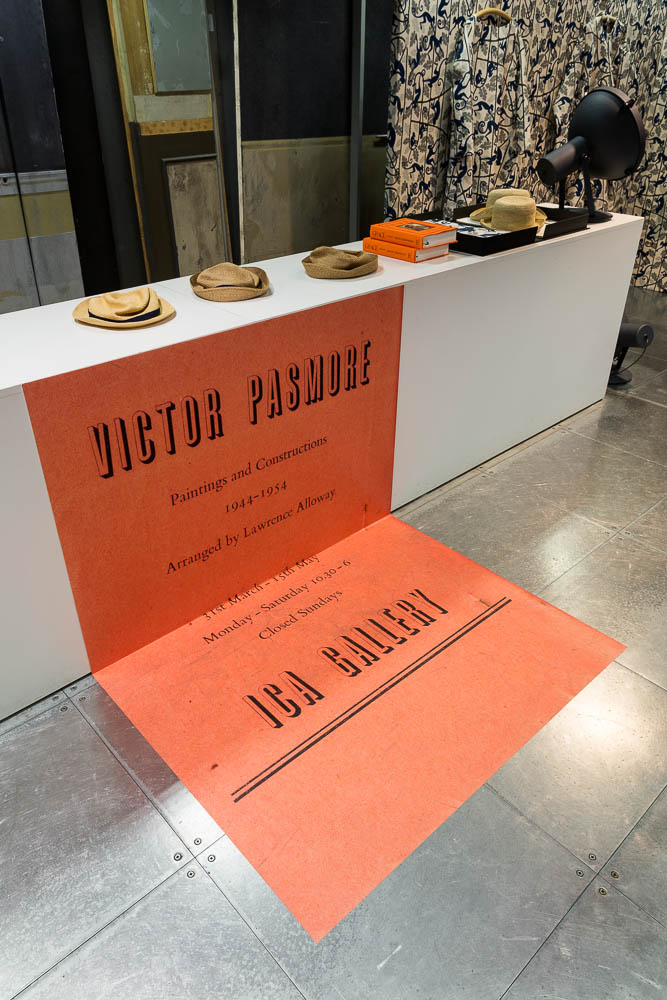 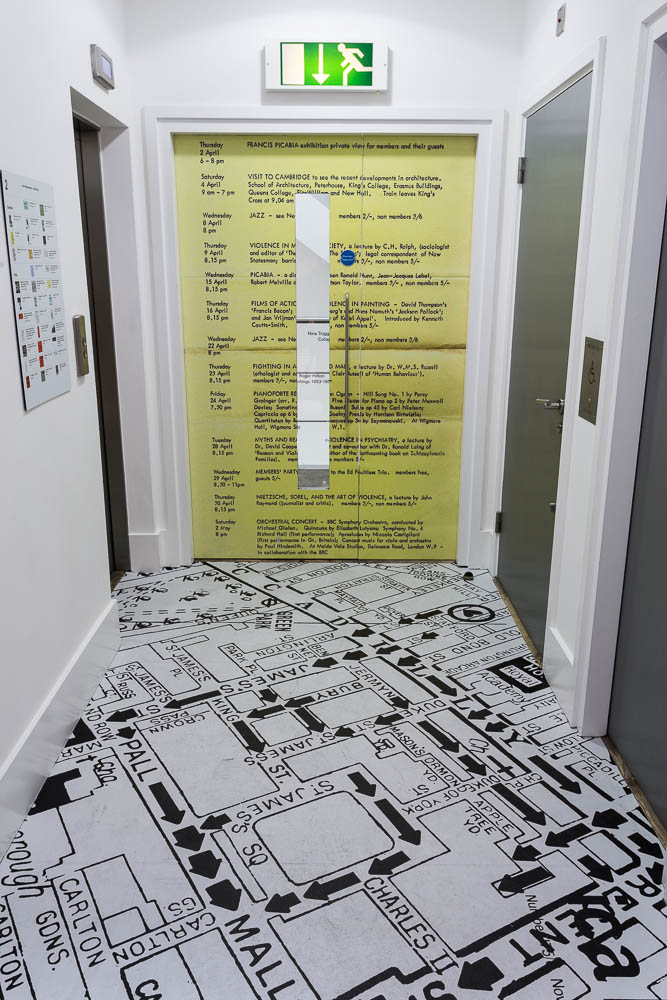 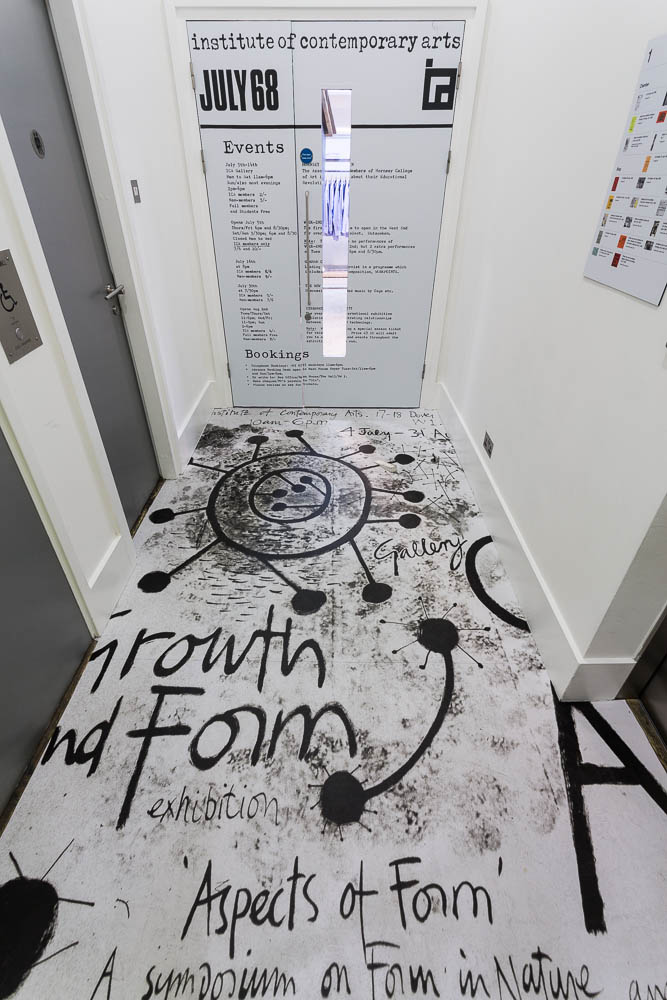 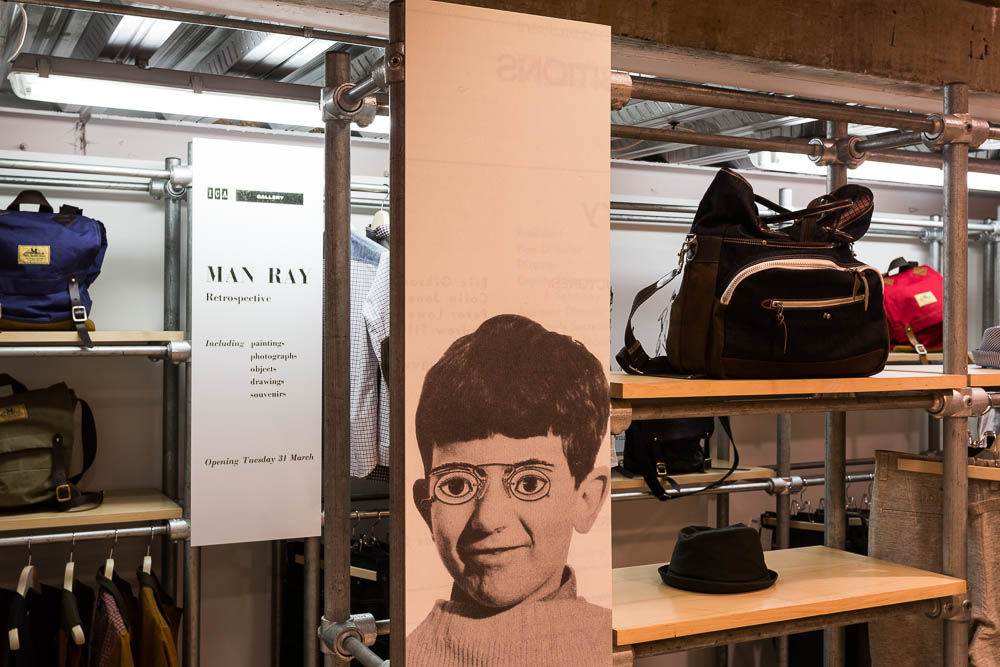 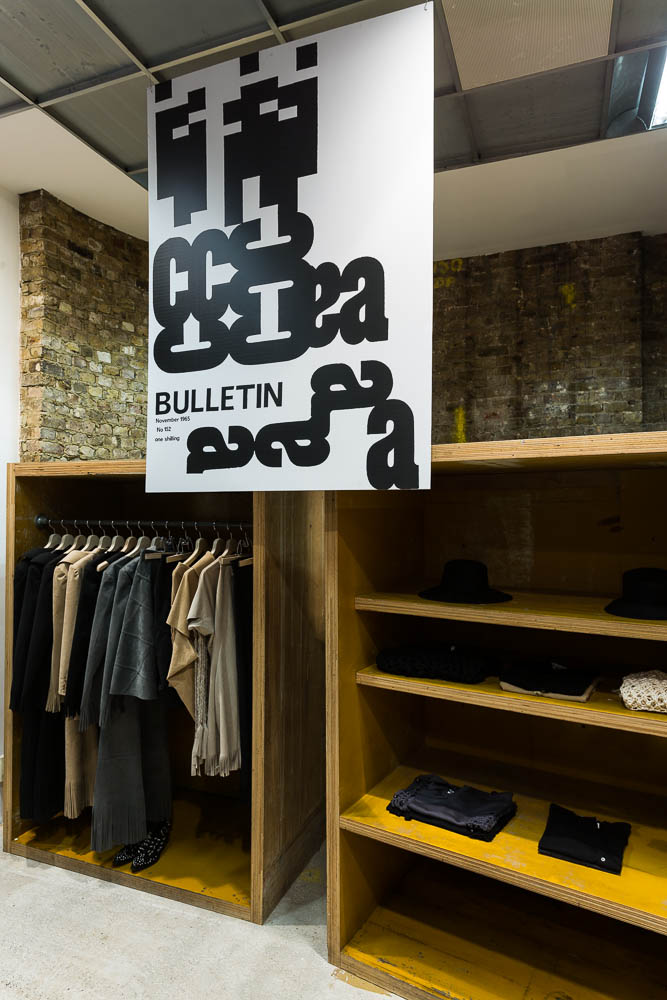 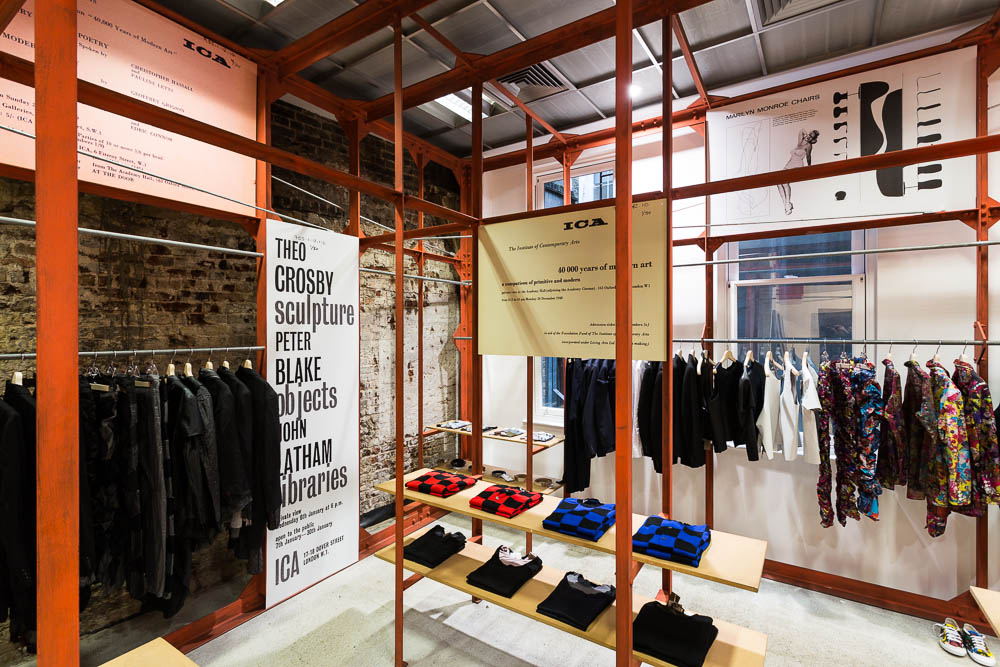 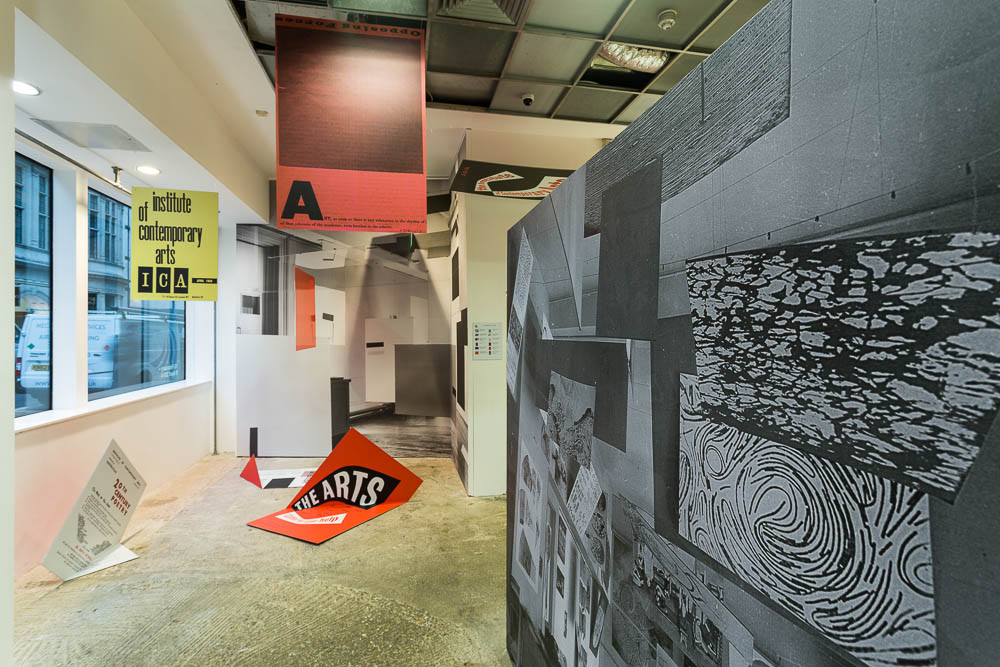 ICA Off-Site: Dover Street Market 7-18 Dover St, London W1S 4LT Through to 6th Apr 2014
The ICA has returned to occupy its former home on Dover Street with an explosion of rarely seen archival material across all six floors.

Between 1950 and 1968, the Institute of Contemporary Arts was based at 17-18 Dover Street, before relocating to The Mall. It was in this building that Pop Art was born, as well as Op Art and Brutalist Architecture. It is where the Independent Group formed and regularly met, its members including artists Richard Hamilton and Eduardo Paolozzi, and architects Alison and Peter Smithson. This is where the ICA staged some of the most important shows in the history of post-war British art, including Growth and Form and Parallel Of Life and Art, as well as ground-breaking exhibitions by Francis Bacon, Lucian Freud, Pablo Picasso and Jackson Pollock.

The site at 17-18 Dover Street is very important to the history of the ICA, what does this history mean to Dover Street Market?
Creative synergy has always been a very important part of the fundamental idea behind Dover Street Market, as it is for Comme des Garcons. The fact that the ICA occupied the building for 18 years, while having had no conscious bearing on the decision to take the building ten years ago, is a wonderful accident of history that means a lot to us. In fact, on a supra conscious level, one could venture to say that it may not have been such an accident after all, as if we were somehow pulled into the building by such a creative past. In any case, we are proud and happy to have had such an honoured presence in the space wherein we find ourselves.

Read the rest of the interview HERE