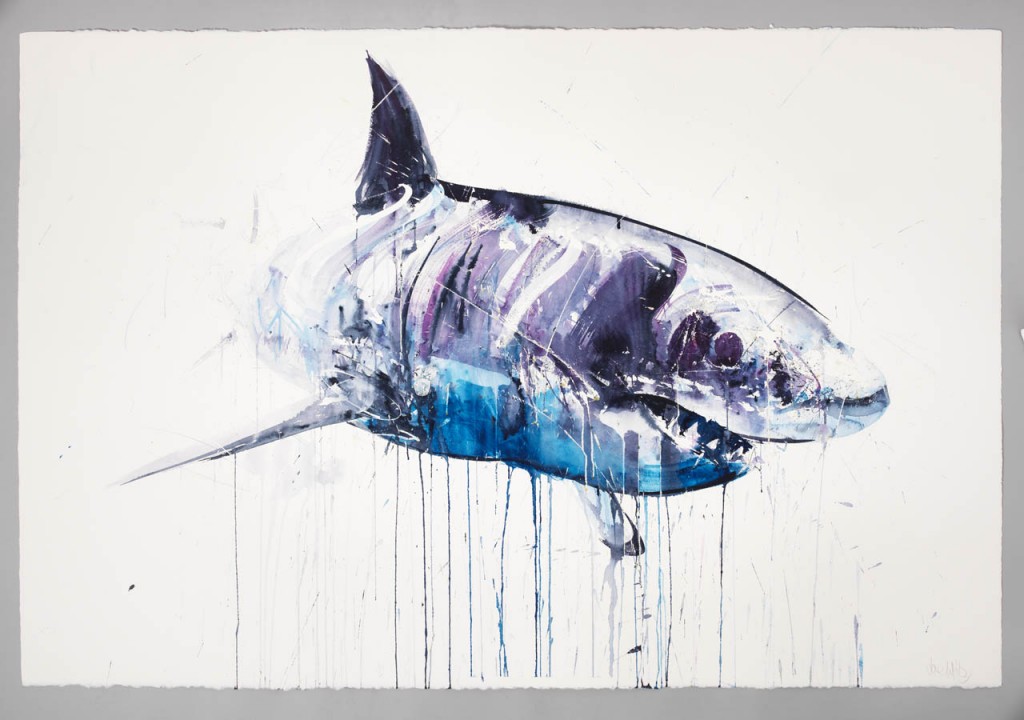 London, October 15, 2013 – The Future Tense is pleased to present ‘FORM’, a brand new body of work from Mark Andrew Webber.Best known for his award winning typographic city map series, FORM is the result of several years of experimentation with line drawing and consists of a series of beautifully conceived mini-studies, which use basic sets of rules in order to create both deceptively simple and impossibly complex shapes and patterns. FORM sees Webber continuing to push the boundaries of linocut carving, with the more intricate works showing his clear mastery of this painstaking art form. Published exclusively by The Future Tense, FORM consists of a series of six beautifully presented archival box sets, each containing six different prints, all of which are hand-printed, signed and numbered by the artist in a limited run of 100 sets. Collectors wishing to ensure matching edition numbers across all 6 sets will also have the opportunity to preorder the entire series. 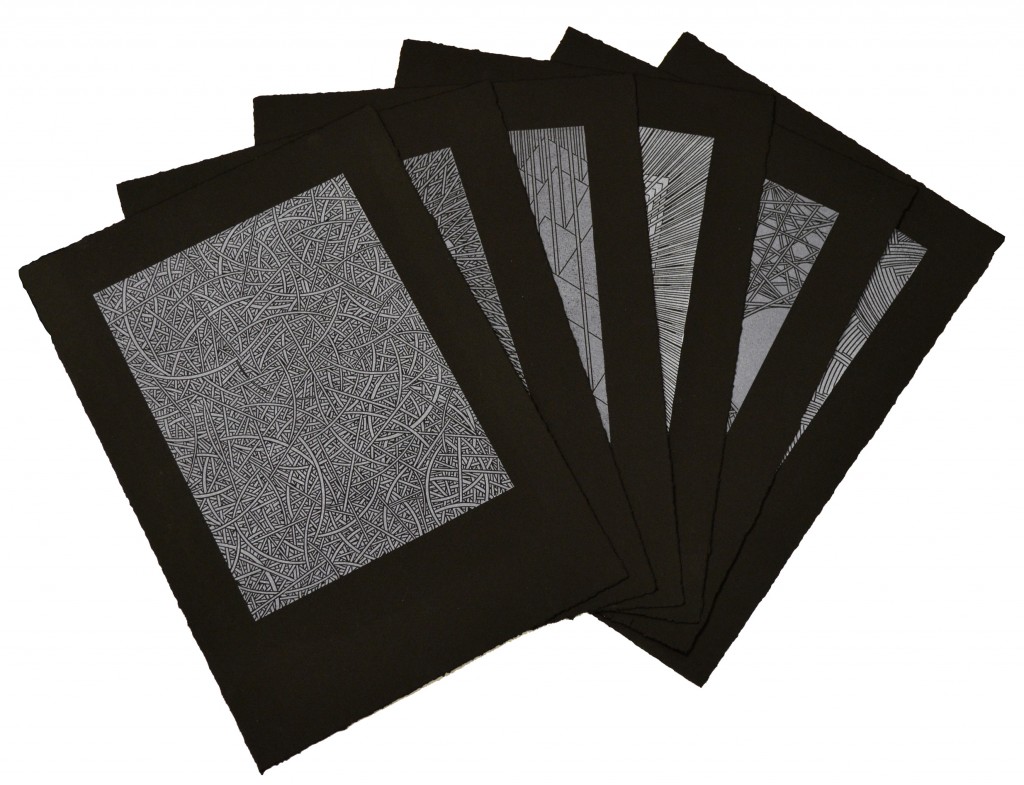 FORM I will launch at Stand 4 at Moniker Art Fair from 5pm on Thursday October 17th, with the remaining 5 sets following at monthly intervals. In an attempt to explore the concept of form beyond purely the visual aesthetic, an essay from a distinguished author and scholar will accompany each box set discussing different mechanics of form and emergent complexity. FORM 1 will include an essay from Steven Poole, author of books including Trigger Happy and Unspeak, and writer for various publications including The Guardian, The Independent, New Statesman, The Times, Literary Supplement and monthly videogame industry bible, Edge. 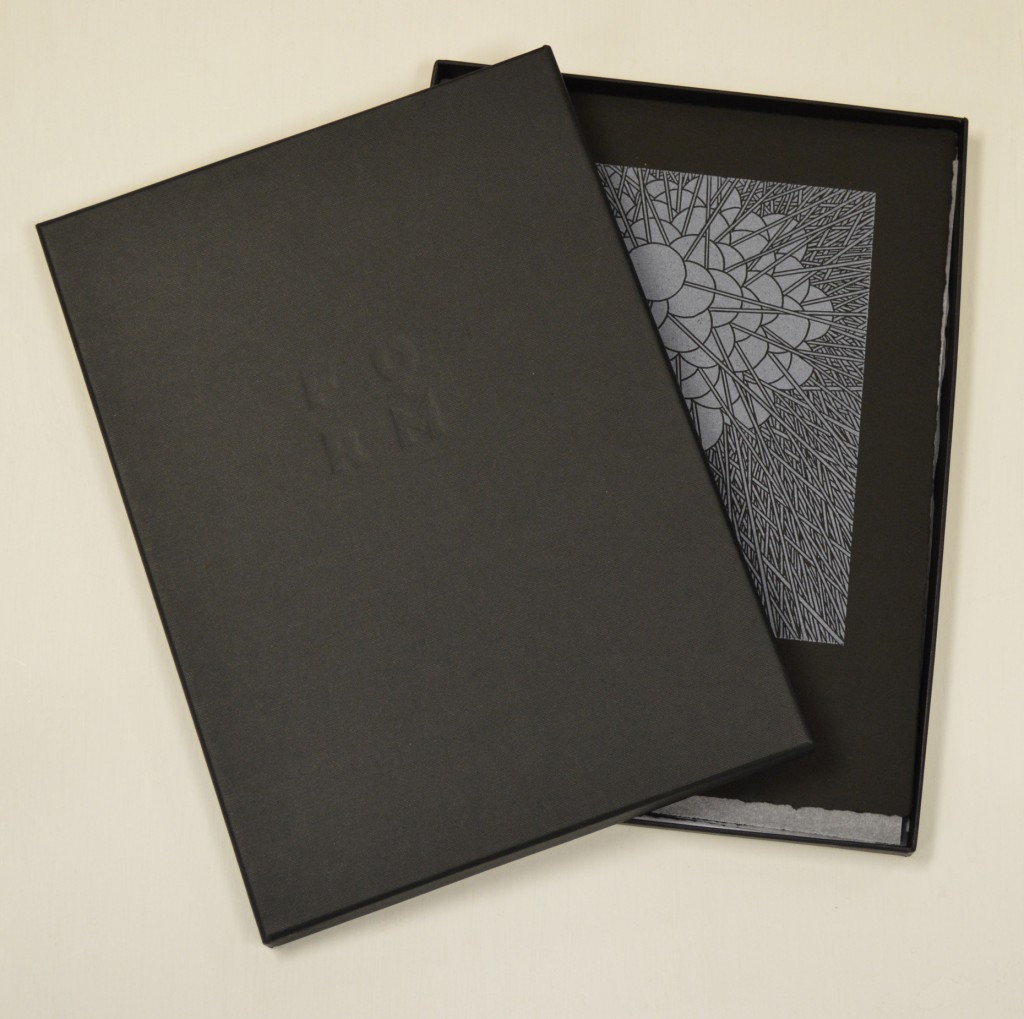 Mark Andrew Webber said, ‘I’ve had a lifelong fascination with complexity and rules. I find simplicity very hard to deal with. FORM is really just an extrapolation of that, using simple shapes and rules as a basis and seeing what forms they naturally create. The inspirations came from the realisation that nature is full of rules and emergent complexity. None of these studies were pre-formed in any way, just a few simple rules and expressions can create the most complex forms and these works are a celebration of that.’The Future Tense will also be exhibiting works from artists including Adam Ball, Dave White, Chuck Elliott, Gérard Rancinan and Joseph Loughborough, including a new and exclusive hand-finished print by Dave White. Moniker Art Fair has moved to a larger venue within The Old Truman Brewery for 2013, in partnership with The OtherArt Fair and launches with a private view from 5 – 9pm on Thursday 17th October before opening to the public from
11am on Friday 18th October until 6pm on Sunday 20th October. Details including tickets can be found at www.monikerartfair.com

For more information please visit www.thefuturetense.net
The Future Tense can also be found on Facebook at www.facebook.com/thefuturetense