then walk with the crew to….

BEARPACE is pleased to present new work by recent Goldmisths MFA graduate Cheryl Field in her first solo exhibition in London since College. Cheryl is exhibiting bright metallic sculptural work, a series of religious pieces including church kneelers, lecturns and icons and new bright print works based on the Hadron Collider. 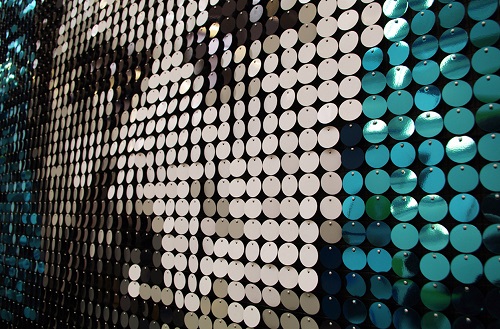 In response to the In Situ project space and site – and as a companion piece to her current exhibition at BEARSPACE Gallery ‘Come With Me If You Want To Live’ – Field has chosen to build a giant pulsing inflatable to inhabit In Situ. The inflatables Field makes are neither ‘sculptures’ nor ‘objects’, rather they are something closer to ‘devices’ in as much as they are a means to create an alternate physical and mental space. These huge site-specific structures are controlled to inflate and deflate in response to the proximity of the audience; threatening to fill space, but doing so with the most insubstantial of materials; air, sound and light. The sheer volume and temporal nature of these shiny behemoths offers the audience a direct and immediate experience and encourages us to momentarily step sideways into another space and actuality. 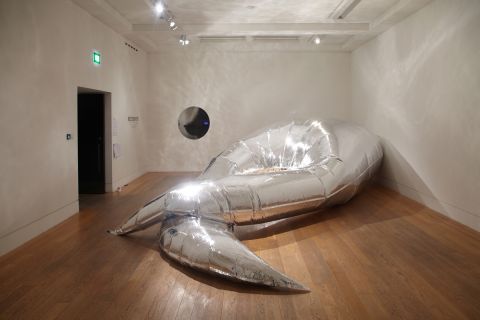 On the morning of July 4th 2012, Professor Peter Higgs FRS was seen to remove his spectacles and wipe away a tear. This most human of reactions, was in response to the affirmation of a life’s work spent building the Standard Model of particle physics. On that morning, the scientists working with the Large Hadron Collider announced to the world that they had compelling evidence to support the existence of the Higgs Boson. For us, as a species, this moment marks the point in our evolution where we now find ourselves capable of reaching into the very fabric of the universe and the beginning of mass itself. We have crafted our deities from millennia of imagination. Now, as we stand on the precipice of truly understanding the beginning of the universe, the beginning of us and the beginning of everything, those old gods are no longer fit for purpose. We have no more need for miraculous weeping Madonnas when we have Professor Higgs solitary tear. Society craves a new mythos. This is our emancipation.

At the heart of Cheryl Field’s work is a scrutiny of the role that science plays in creating a secular mythology in contemporary culture. Thieving in equal part from the vernaculars of science fact and science fiction, pre-human histories and post-human futures are made manifest in the prints, objects and installations she creates. David Attenborough’s visage is crafted into a tapestry kneeler. Olaf Stapeldon’s seminal sci-fi work “First and Last Men” is presented as though a sacred text. Quotations from Professor Brian Cox are translated into Gallifreyan and Professor Higgs is wrought in a kitsch explosion of thousands of scintillating metal discs.

Drawing its title from the Terminator film series, “Come With Me If You Want To Live” invites us to embrace a world where the promiscuous relationship between scientists and science-fictioners has spawned a new doctrine to live by. Field plays with the objects and affect of wonder in order to push us to consider what it means to be human now and what will happen when humans transcend biology and we create something better and brighter than ourselv 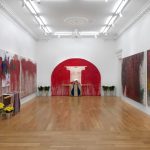 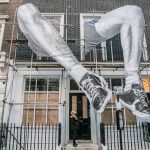 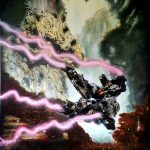