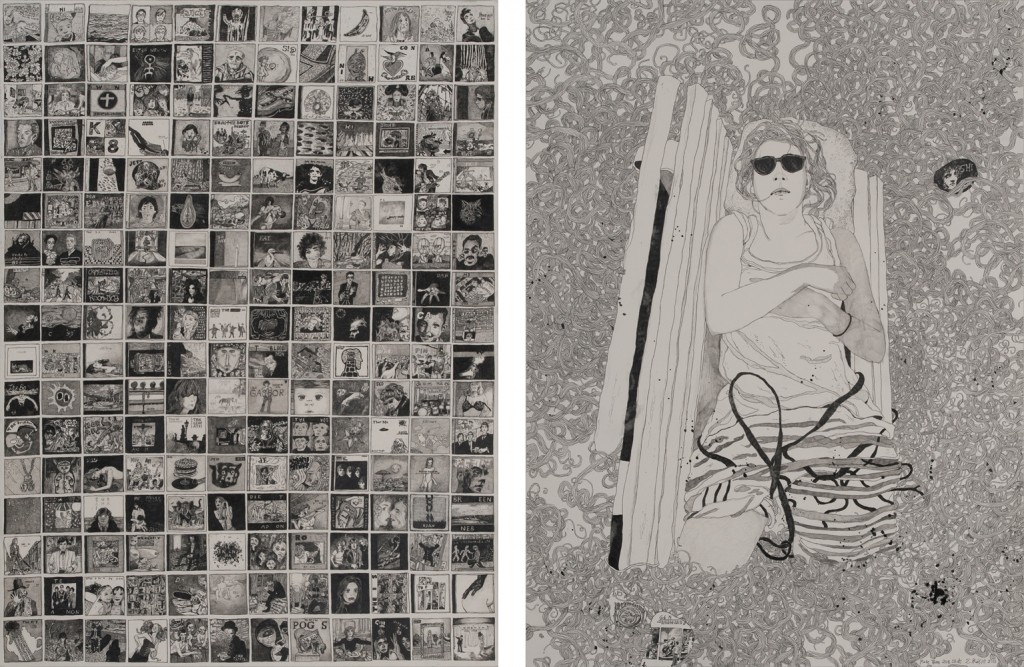 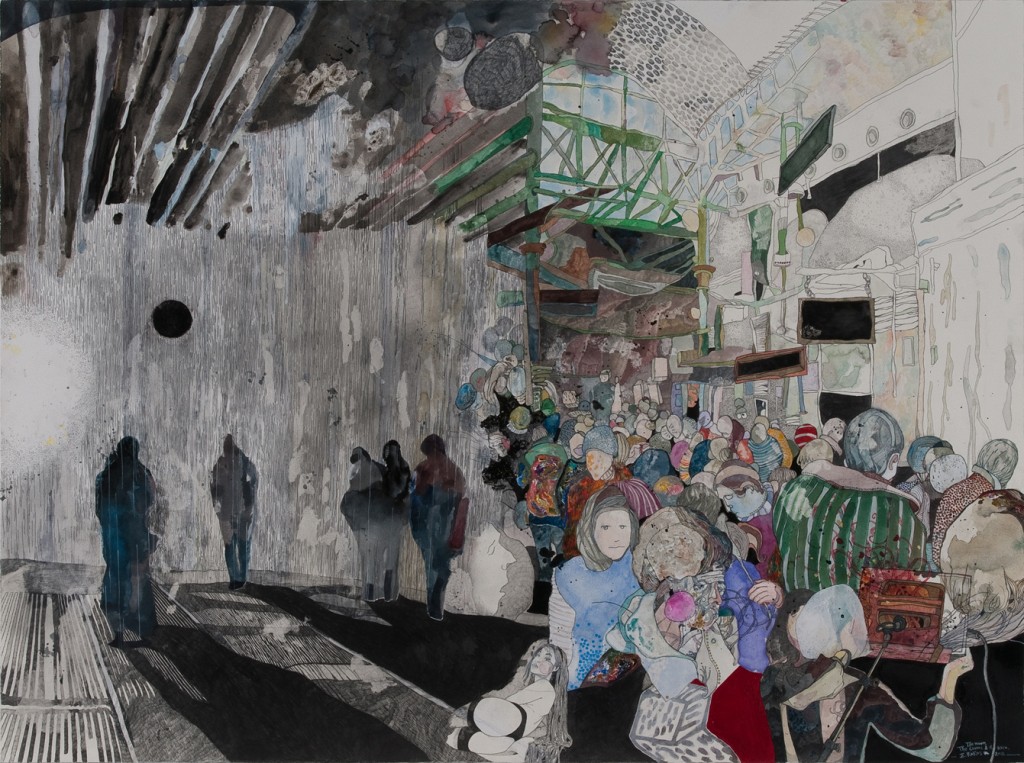 1. If you weren’t an artist, what else would you be?
– A chef in a gourmet restaurant, a musician or a surfer.

-The title “Revert to Disarray” is literal, with a sense of self-sarcasm. While creating this body of work, I realized that its principal elements were disorder, concern and deconstruction of the form, even when it comes to depicting simple and everyday situations. Being a quite organizing person, but currently living through a personal and social disruption, the return to something that is not so typical for me (but always present) was – from my point of view – fun and interesting. All of my painting’s themes, whether being everyday snapshots or subversive, unpredictable imagery, are approached by me in such a serious and particular manner that end up being a sort of heavy or ironic commentary.

3. How do you start the process of making work?
– I started working on my new group of work right after the presentation of my most recent solo exhibition in Athens, “Horror & Romance on Another Planet” in 2010. I didn’t know where that would lead me nor what shape would this take. I usually work the other way around. First I think of the subject, the title, and then start creating the pieces, based on what I have in mind. This time, the paintings were done first and then I realized the exhibition’s main themes and title.

4. Do you consider the viewer, when making your work?
– I consider only some viewers.

6. What defines something as a work of art?
– Its personality.

7. Anytime, any place – which artist’s body would you most like to inhabit?
– Maybe Stanley Kubrick’s.

8. What was the most intelligent thing that someone said or wrote about your work?
– That it’s the essence of whatever is happening inside me and around me.

9. Do you care what your art costs? State your reasons!
– Yes, I want to earn my living from art. I’m not painting as a hobby.

About The Artists
STEFANOS ROKOS

Stefanos Rokos is a greek contemporary artist, born in Athens in 1977.

1995-2000: Studies painting and printmaking at the Athens School of Fine Arts.??1999: Attends lithography classes at the Ecole Nationale Superieure des Beaux-?rts in Paris, within the European programme “Erasmus”.

Since 1999, he has participated in a number of group exhibitions in Greece and abroad.? ?In 2009 he presented, in collaboration with musician Orestis Karamanlis, “Imago Dixit”, an interactive installation (painting, sound and realtime gesture capture).

In 2010 he presented the art/music project “Horror & Romance on Another Planet”, with the participation of 18 musicians and bands from Greece, UK, USA, Canada and Belgium. (more info : www.horrorandromance.com/)??He has created the artwork for the covers of cds by Bobby Conn, Krista Muir, Interstellar Overdrive, Sigmatropic, Pavlos Pavlidis, Foivos Delivorias and Christos Leondis, as well as posters for theatre performances, concerts and films.?From 2002 he is a member of “Kormoranos”, a Non Profit Company involved in the field of cultural events. (www.kormoranos.gr/)

Stefanos Rokos will present his new set of works “Revert to Disarray” in two solo exhibitions in May and June 2013: