Most days art Critic Paul Carey-Kent spends hours on the train, travelling between his home in Southampton and his day job in Surrey. Could he, we asked, jot down once a week whatever art stuff came into his head?

It’s always interesting to see how artists deal with scale, and Jonathan Delafield Cooke’s show at Purdy Hicks is an interesting case. His fantastically detailed charcoal drawings include a life-sized sperm whale. That comes in five sections (as if to emphasise the partial nature of most whale sightings) and at 35 feet wide only just fits along the gallery’s biggest wall. It contrasts with a 72-strong shoal of separate fish, each drawing six inches across. Should there, though, have been 205 tiddlers, that being how many you could buy for the £50,000 price of the whale?

My favourites, however, are Cook’s barnacles: he presents their surprising variety and majesty through drawings which blow them up to a mountainous aspect some 50 times their usual height. And while we’re on such comparisons, the show happens to feature both the family with the largest penis (the sperm whale’s fellow Balaenopteridae, the blue whale, has a 10 foot member capable of 35 pint ejaculations) and the infra-class with the largest penis relative to its body size: being stuck where they are, the Cirripedia have to wave their feathery genitals around to reach a neighbour, and so some of the 1,220 species of barnacle have penises eight times as long as their body – getting on for a hundred yards in whale currency… 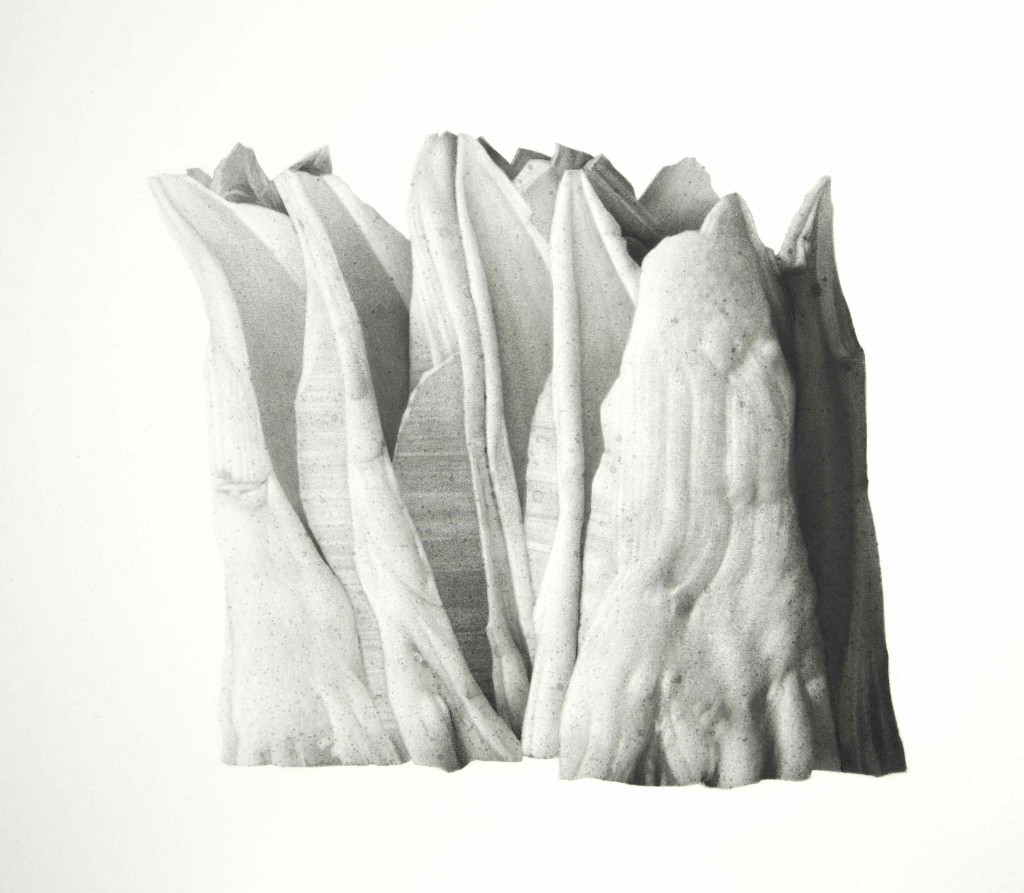 Read the first Art Stuff On A Train HERE