Interview with Nadja Ryzhakova: Her world through the Ipad - FAD Magazine
Skip to content 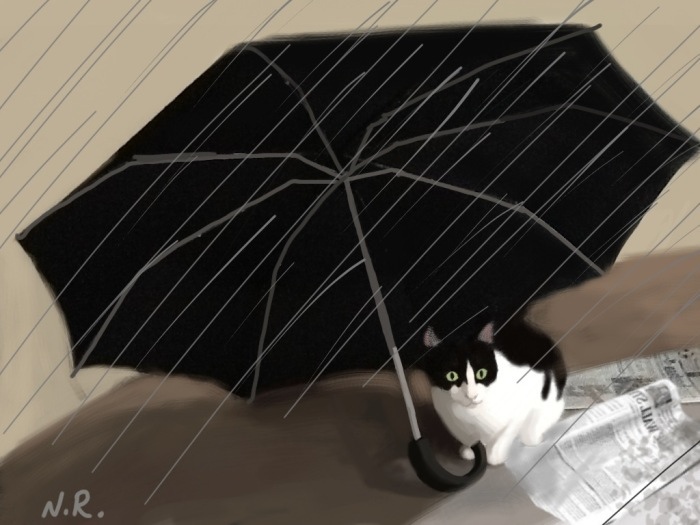 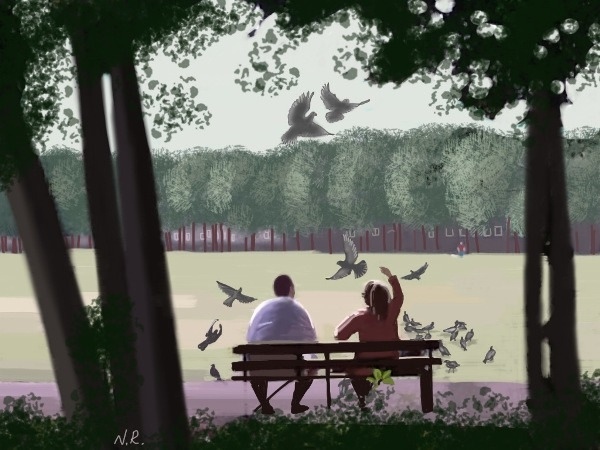 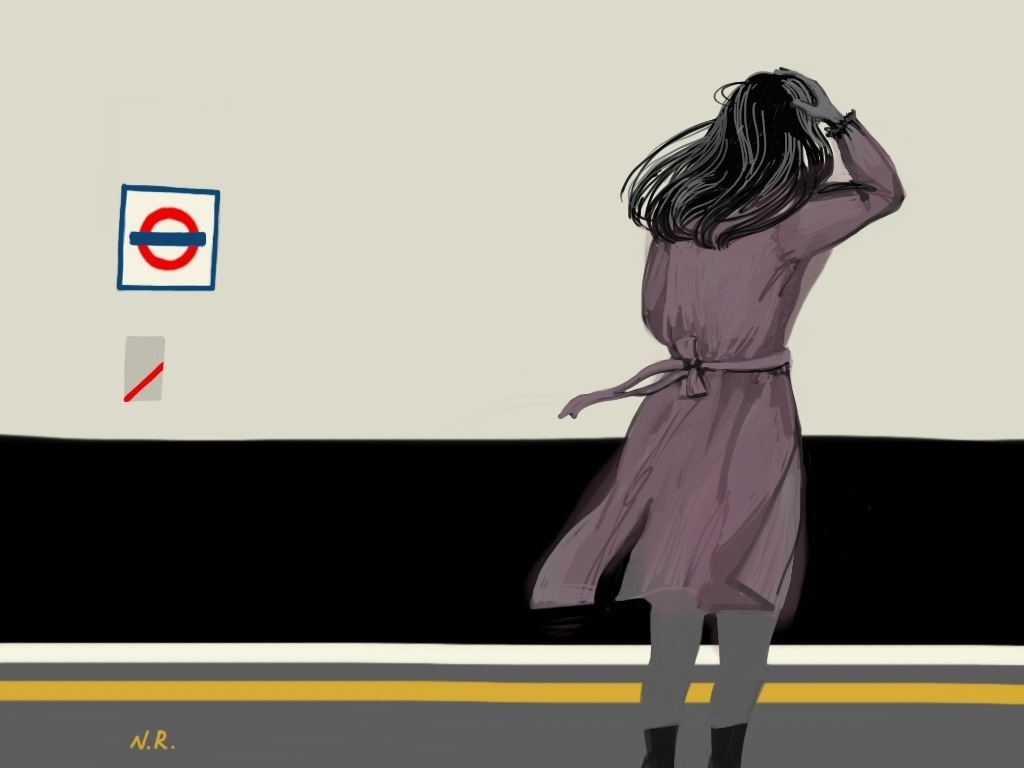 I recently caught up with a good friend and upcoming artist who has been receiving a lot of attention for her project entitled “iPainting”. Nadja Ryzhakova is a Russian-born professional iPad artist. Now based in London, she has turned her back on her traditional fine arts education and chosen the iPad as her canvas instead. Since 2012 Nadja has been creating detailed and technically skilled works of art that resemble paintings, except for their medium. All of her works represent elements of her daily life and the world around her – in other words, London and its many different faces.

When asked what her inspiration was for this project, Nadja revealed that it was in fact being confronted with the i-pad works of David Hockney at the Royal Academy of Arts. Determined to try it out for herself, Nadja attempted to re-create the technique using her cat as a subject (depicted below), and soon realised that this was her medium and she was “destined for the iPad and iPainting”. She then challenged herself to create a new image on her iPad every day for the month of may, something I remember witnessing when we were both going through work experience at the same Shoreditch art gallery. Nadja is ambitious and, after 31 days of uploading her images onto social media sites such as Flickr and Facebook, proceeded to turn her month’s worth of images into a project entitled 31 Digits. This project marked the beginning of the progression of iPaintings from simply a concept to using the iPad as a visual diary, and sharing it’s contents online.

Although for Nadja it is to a large extent simply aesthetically satisfying to work with an iPad and see the final results of her work, there is also a deeper and more personal meaning to it all. Since she started her professional life as an artist, Nadja has always used traditional media to express herself, and describes her discovery of the iPad’s creative abilities as exciting and liberating. The choice of technological medium, and its potential to reproduce the same “iPainting” over and over again also touches upon the debate of “art versus technology”.

There is no denying that the iPad is a much better designed canvas for the contemporary attention span, and allows art to be shared and interacted with faster than before, but does using digital tool take something away from the authenticity of the work? Nadja passionately disagrees, and hopes that by combining the popularity of handheld mobile devices and social media with her love of art, she can how technology can transform art and that art and technology can work hand in hand. This goal does seem promising, as the near future already holds a lot of exciting things for Nadja. March will see her first solo exhibition in Saint Petersburg, followed by a talk in April at the Tablet Symposium at the University of Sussex.

Some other questions I asked Nadja:

Would you ever move on to another medium, like painting or photography?

Well, I am already in painting, or iPainting as the case is now. I do appreciate a good photograph, but I have fingers and my iPad to draw any picture I want.

On average, how long does one iPainting take you to complete?

It all depends on various factors. But, as a rule of thumb, a sketch could take a few minutes to capture. Whereas a complete iPainting could take me a day and longer. And lets remember I’ve got no brushes to wash and no canvas to change!

To people who say that digital art is not real art or on the same level as traditional fine art, what is your response?

Snobs! Whatever Dali could get away with, he broke all the rules there were.