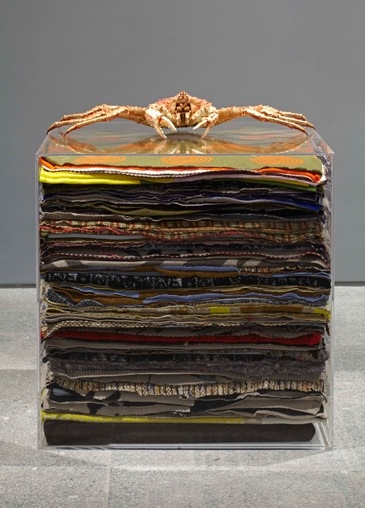 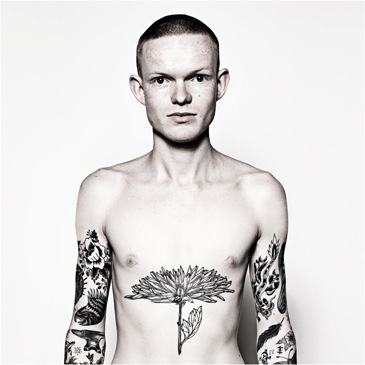 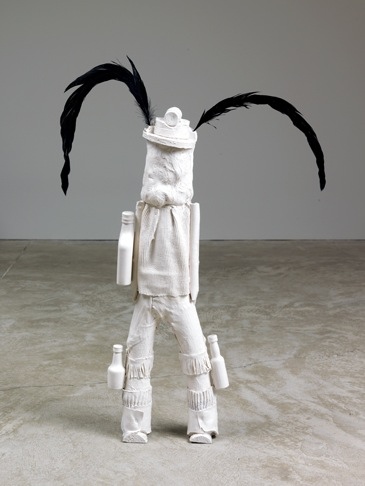 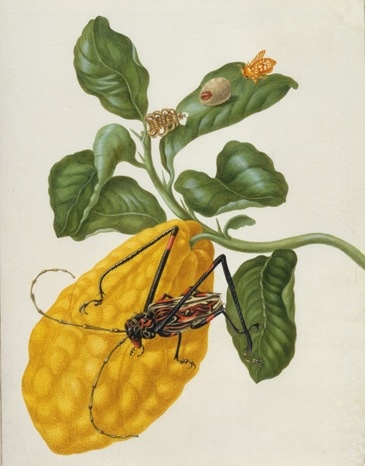 Rosemarie Trockel (born in 1952 in Schwerte, Germany) has long been admired for her highly independent and influential practice. In A Cosmos she places her work in the company of others to explore varying disciplines. Central to the exhibition are a number of core works, including new works never seen before in the UK, by Trockel, and arranged around these in a constellation according to type and theme are artefacts, both natural and human.

A Cosmos reflects the artist’s interest in creating a space for ideas to exist between different disciplines, past and present. Many of the objects and artworks, selected by Trockel in dialogue with curator Lynne Cooke, produce a context for the artist’s work within other fields of inquiry, such as the natural sciences and natural history.

Watercolours painted by the pioneering botanist Maria Sibylla Merian sit alongside intricate models of marine invertebrates crafted by Leopold and Rudolph Blaschka, initially used as research tools by naturalists who had no access to living specimens.

Works by self-taught artists, such as Judith Scott and James Castle, are presented in parallel with films, such as W?adys?aw Starewicz’s early, pioneering stop-motion animation of 1912, The Cameraman’s Revenge. Trockel’s appreciation of such variously under-recognised objects and artists stems from her empathy both with the questions their work addresses, and with the directness and inventiveness with which they are realised. These artists provide models of dedication to their chosen field that, for Trockel, are exemplary and inspiring.

A Cosmos traces an historical lineage from the early cabinets of curiosities (the wunderkammer) to natural history and modern art museums through to the white cube of contemporary galleries. Within this framework there is a focus on the relationship between skill and craft, and the practices of self-taught and under-recognised artists, reflecting Trockel’s ongoing tendency to overturn traditional disciplinary categories. The objects that make up this cosmos offer a wealth of resonant relationships between different fields of knowledge and experience, proposing that we remain open to new discoveries.

For more than thirty years Trockel has resisted an identifiable style, working in a variety of materials, including wool, bronze and found objects, and a range of mediums, including photography, collage, video and assemblage. The constants of her wide-ranging practice include issues that have long occupied her thinking and that have underpinned her diverse activity, such as contrasting ideas of feminism as well as the divides constructed between amateur and professional, celebrity and anonymity, and the fine and applied arts. More broadly, through her works Trockel probes not only interrelationships between humans and animals but also our impact, as a species, on the natural world.

This exhibition is curated by Lynne Cooke and organised by the Museo Nacional Centro de Arte Reina Sofía in collaboration with the Serpentine Gallery. 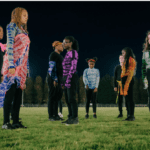