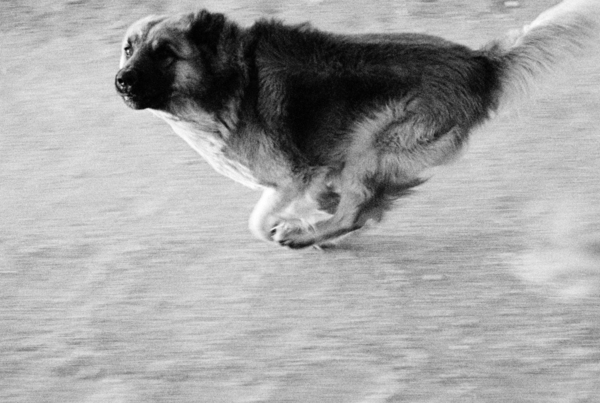 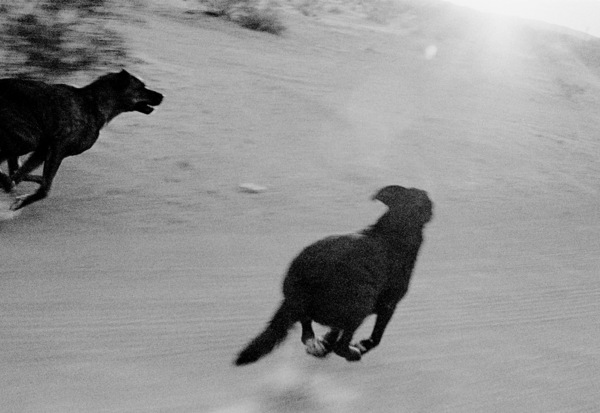 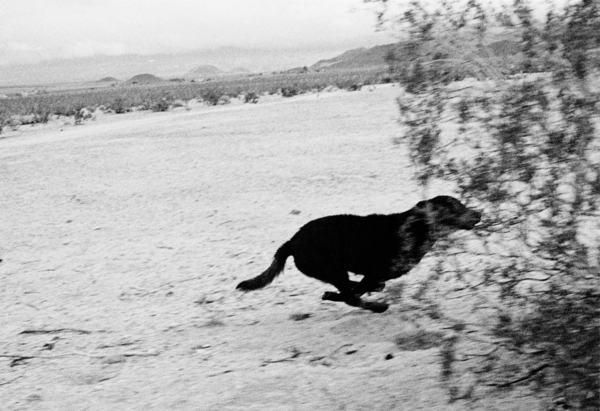 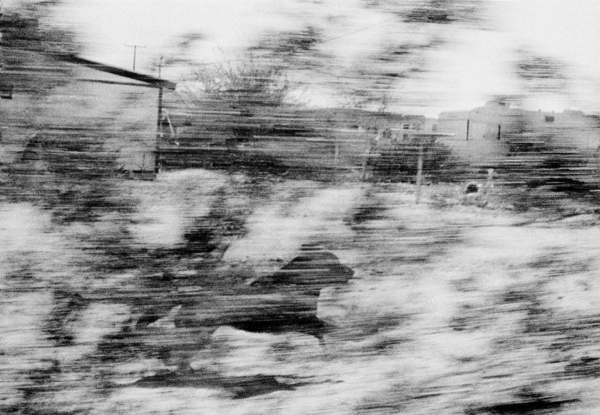 This is the first solo exhibition by Los Angeles-based artist John Divola, in the U.K. so you must go and visit it as soon as you can it closes in January.

“My acts, my painting, my photographing, my considering, are part of, not separate from, this process of evolution and change. These photographs are not so much about this process as they are remnants from it. My participation was not so much one of intellectual consideration as one of visceral involvement.”
John Divola, 1980

Divolas practice is intertwined with marginal spaces in and around the suburbs and the desert, and the various abandoned and isolated dwellings of Los Angeles. The relationship between a structured, observational approach to image making and improvisational gesture is at the crux of Divola’s practice and can be traced from his earliest work of the 1970’s to the more recent bodies of work that are on view in this exhibition: Dogs Chasing My Car in the Desert (1996-1998) and Dark Star (2008). With a career spanning four decades, John Divola is distinctive for his commitment to photography. The notion that a photograph is anchored in a specificity of time, place and circumstance, and the artists’ complicity in relation to that is central to an understanding of Divola’s practice. In Divola’s photographs the instant is openly acknowledged as past, the photograph implicitly a fragment.

With images that bespeak photography’s ghostly aspect, frozen in a sort of “anterior present”, Californian artist John Divola portrays the inexorable march of entropy in early works such as the Vandalism (1973-75) series. Divola photographed inside abandoned houses, mark making with cans of silver spray paint the discarded objects and desiccated interiors. By using electronic flash he conflates the planes of two- dimensional photographic space and the original three-dimensional structural space. “The visceral quality of Divola’s Vandalism photographs connects readily to a world of property, transgression and ritual. ”1 In the landmark Zuma works (1977 – 1978), Divola was interested in developing a practice in which could be no distinction between the document and the original, working within the medium of photography in a way that was visual, sculptural and performative. The Zuma photographs were taken inside one beachfront property as it went through the processes of its own ruination. With this body of work, Divola invokes a theatrical tension that blurs the lines between authorship and documentation.

This visceral involvement carries through in the series Dogs Chasing My Car in the Desert, on view in this exhibition. Images of dogs in the desert captured in the midst of running wildly after the car. Emphasising the grain of the image, a haunting moment is captured in which a duality between a sense of absence both in the behaviour of the dogs that suggesting a lack of previous stimuli (absence) as well as an all-consuming reaction to the now (presence).

Downstairs in the gallery, three large photographs titled “Dark Star”, after a point of light in the universe too faint for direct observation. Dark circles have been painted on the walls of an abandoned house. Creation and destruction are held in a delicate equilibrium, the white rooms of the house, are tattered and derelict .The domestic ruins suggest social collapse, secret renditions of something darkly sinister illuminating our conflicted recent history, updating “Zuma” and “Vandalism” for our age of foreclosure.
?

Divola’s work has been featured in more than sixty solo and 200 group exhibitions in the United States and abroad, including “Mirrors and Windows,” The Museum of Modern Art, New York, New York, 1978; “1981 Biennial Exhibition,” Whitney Museum of American Art, New York, New York, 1981; “Made in California: Art, Image, and Identity 1900-2000”, Los Angeles County Museum of Art, 2000; and “Los Angeles 1955-85,” Centre Pompidou, Paris, 2006. Recent exhibitions include “Under the Big Black Sun: California Art 1974- 81” at the Museum of Contemporary Art, Los Angeles in October, organized by Chief Curator Paul Schimmel as part of the Getty Foundation’s “Pacific Standard Time: Art in L.A 1945-1980”; and solo exhibitions “John Divola, Vandalism Series 1973 – 1975” at LAXART in Los Angeles, 2011 and “John Divola, Surface Conditions” at Kunstverein Freiburg, Germany, 2012. Divola is the recipient of a Guggenheim Fellowship, four National Endowment for the Arts Fellowships, and a California Arts Council Individual Artist Grant, among other awards.

In October 2013, John Divola will exhibit across three Southern California venues a solo exhibition that will be a collaborative project between the Santa Barbara Museum of Art, Los Angeles County Art Museum (LACMA) and Pomona College Art Museum, the exhibition will emphasize the consistent conceptual and performative threads that run through Divola’s entire body of work. The exhibition will be accompanied by a catalogue.

The exhibition will be closed on Saturday, 22nd December 2012 and will reopen to visitors on Friday, 4th January 2013.