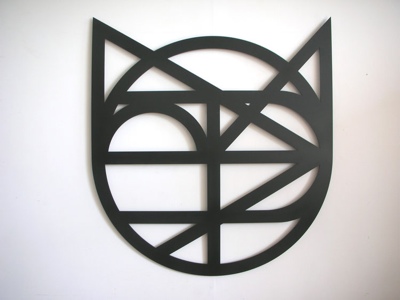 Working in a classical sculptural lexicon, Dexter Dymoke’s practice explores the correlations and tensions between objects, materials and their engagement in space – he describes his work as an engagement with a discrete but rigorous conceptual enquiry into the symbolic and metaphoric role of materials. Through a wide range of sourced, transformed and crafted materials, his practice recalls the notion of inter-relationality – an exploration of the concepts of opening, appropriation and communication relative to intersubjective

(1) values. Dymoke’s instinctive and material-oriented process of creation leads the viewer onto a mental journey where metaphors and other improvised narratives smoothly intertwine to open a new logic while reinvestigating the symptomatic image. The viewer is invited to think about the underside of visual representation as well as the idea of representation as a mobile process that often involves substitution and contradiction

(2). Forms, textures and images are all deployed without prejudice in a restless exploration questioning the way in which we read what we see.

Intersubjectivity is a philosophical concept developed for the first time by Emmanuel Kant in the Critique of judgment. It evokes the idea that human beings are thinking subjects who are able to take into consideration the other’s thoughts in their own judgement. Intersubjectivity therefore creates a theory of communication. 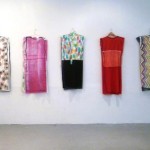 Gabb’s three-dimensional paintings combine acrylics with PVA glues to make unique forms which allude to drips and sweeping paint strokes but confound traditional expectations and techniques. Created in the gallery, these new works respond to the natural light of the space as well as the architectural structures of the former jewellery workshops.