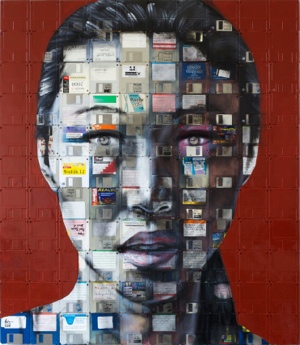 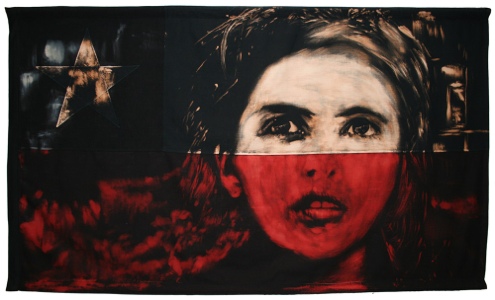 Rook & Raven Gallery are to present ‘Interface’, a showing of five leading young artists working with alternative media and unequivocal style, bringing portraiture – the classical measure of art – into the ‘now’ with signature verve.

Nick Gentry has built an enormous following since his first exhibition with the early incarnation of Rook & Raven, back in 2010. His portraits on floppy disk and obsolete media encapsulate the flux and fickle nature of modern society and technology. Nick’s work is highly sought-after, with a constant of impressive auction results, worldwide exhibitions and media coverage; his artwork brings new meaning to the term ‘up-cycling’.

Cain Caser’s chaotic, mixed-media assemblages reflect flirtations with graffiti and rave culture in his younger years, as his bold, idiosyncratic palette suggests. Cain’s hyper-bold abstracts are conceived as portraits first off, yet occupy the gap between figuration and abstraction, exploiting the viewer’s tendency to see faces where none exist.

James Dawe is an artist and commercial illustrator from East London, working predominantly in mixed media collage and digital manipulation to create eclectic, neo-portraiture and digital assemblages. Having successfully managed the crossover from design into fine art, James’ impressive and ever-growing portfolio combines ad and media campaigns for the likes of Nike, GQ, Coke and Sky Sports.

Pam Glew has likewise become synonymous with her alternative portraits and flag paintings. Using unique dye and painting methods – often bleaching portraits into the fabric, instead of applying
paint in the classical sense – Pam deconstructs and distresses vintage materials to create work that is truly original in style and execution, with frequent reference to the ‘golden age’ of cinema and celebrity. Her work has been showcased in Europe, USA, Asia and Australia, in over 80 group exhibitions and 5 solo shows, and is keenly collected worldwide. Her work ‘Rococo’ recently raised $20,000 at auction for MTV’s Staying Alive Foundation.

Guim Tió, an artist from Barcelona working in mixed media, who we welcome to the UK for the first time. Guim has received a cult following for his reworked portraits and makes up a compelling lineup of artists all working in modern portraiture. 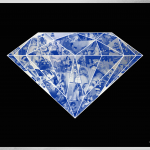