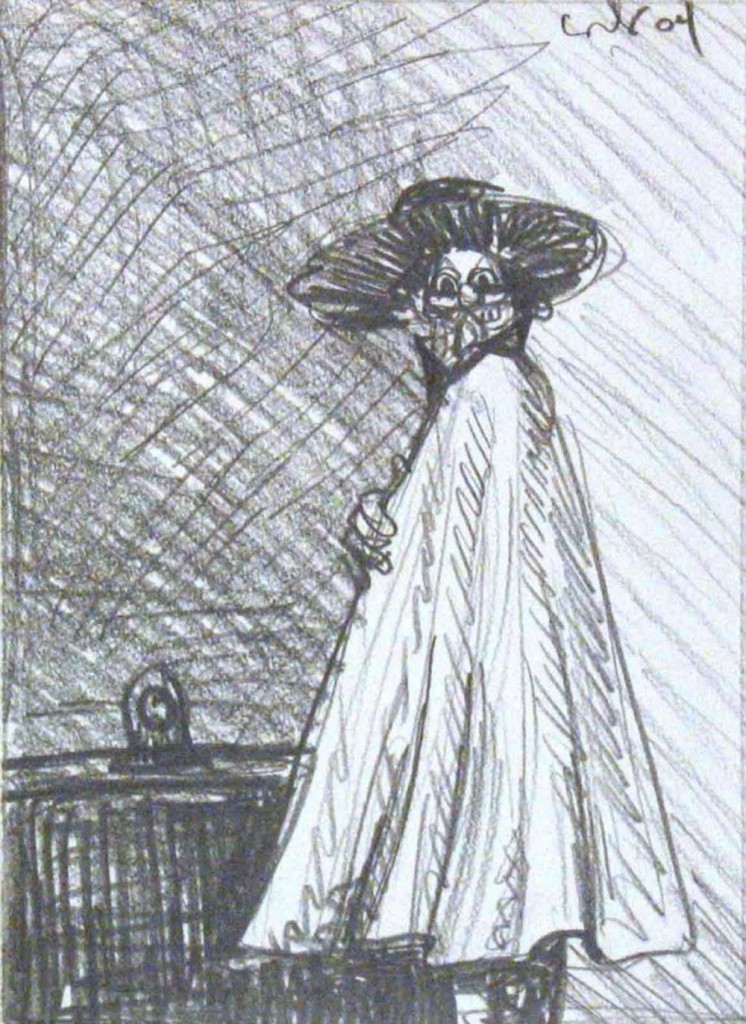 This exhibition explores the power, subtlety, humour and ephemerality of the most basic of artistic tools: pencil and paper. It presents a selection of original and rarely-seen works, including two pieces created specifically for this show by Michael Raedecker and Chris Ofili. And it makes the case for these simple media, by demonstrating their limitless potential.

Pencil is often thought of as a tool for preparatory sketches. But some of those preparatory sketches have qualities to which the finished works could never aspire. Johannes Phokela’s exquisite contribution to the exhibition was originally intended a study for a sculpture of Atlas. George Condo’s ‘Don Pepito’ has a lyrical rawness, a swiftness of touch and a casual charm unique to the medium. Thomas Scheibitz’s piece is destined for its place in a full colour rendering of the same motif, but holds its own as an intimate doodle.
Other drawings in this show were made by artists returning to first principles to experiment with form and process. Michael Stubbs’s piece uses graphic templating techniques; Frances Richardson’s precise mark-making appears almost mathematical. Danny Rolph plays with the quality of line to create the illusion of spatial depth. Nadine Fecht’s meticulous graphics create striking optical effects with very basic means. And Anthony McCall’s drawing masquerades as a coincidental trace but is in fact carefully orchestrated.
Finally, there are works that push the idea of drawing beyond its conventional limits, and into the realm of conceptual. Anna Barriball’s ‘Sunrise/Sunset X’ – a graphite imprint of a surface in relief – sits somewhere between drawing and sculpture. Marcel Van Eeden’s text piece juxtaposes the fragility of the medium with the anger of the message. Meanwhile, Perry Roberts’ text piece ‘Silence’ brandishes that fragility – it was created as pencil’s answer to Ed Ruscha’s painted text ‘Noise’.

Pencil and Paper is curated by Danny Rolph, whose own work always takes drawing as its point of departure. This exhibition is his love letter to, and his manifesto for, the medium, and his tribute to a group of artists whose own practice nurtures his.

Hauser & Wirth will present ‘Internal Riot’ an exhibition of new paintings and works on paper by American artist George Condo. Made during the quarantine period 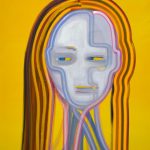 What are artists doing during lockdown? Here are some further examples, following on from last week.