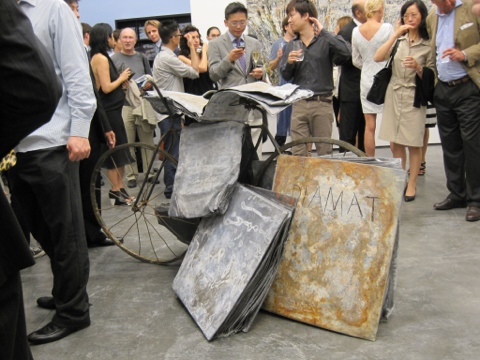 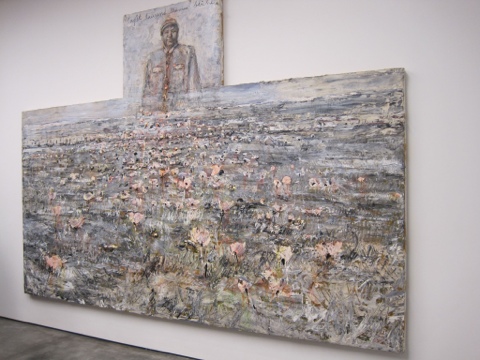 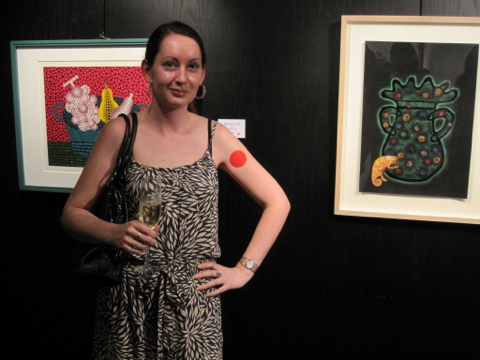 Holly Howe at Opera Gallery in front of Yayoi Kusama 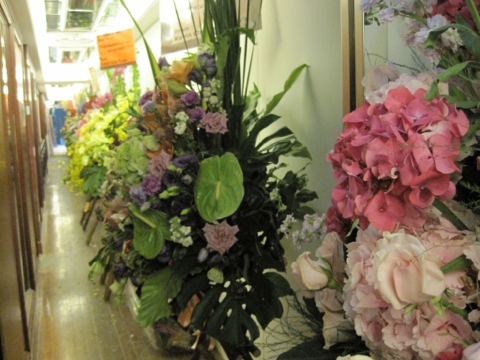 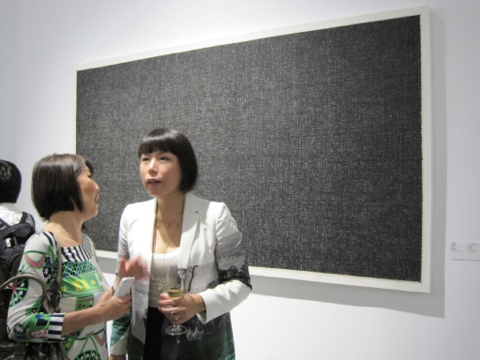 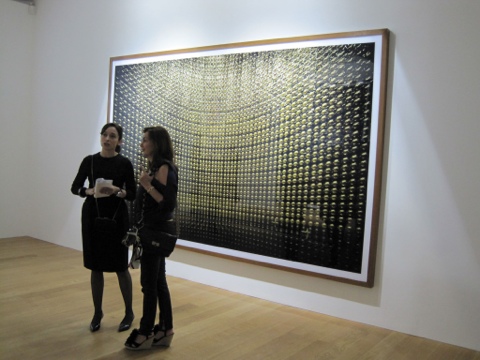 After a gentle start to the week with two openings on Monday night, the big guns came out for Tuesday’s series of private views. First up was the White Cube’s Anselm Kiefer show “Let a Thousand Flowers Bloom”. Glamour abounded with collectors sipping champagne as they looked at these beautiful large paintings and sculptures. The works were newly created and much more accessible to a buyer’s market in terms of being less abstract and smaller in size than the pieces that were on display at the gallery’s Bermondsey site earlier in the year.

I have often felt that one of Hong Kong’s weaknesses in the art world was the fact that many of its galleries tailor their exhibitions purely towards their potential customers, thus producing endless safe shows of pop-art style work. At least now, even though the shows are more toned down than in London, there is more interesting work on display.

Next up was another German artist. The Gagosian’s Hong Kong outpost was hosting Andreas Gursky’s first exhibition in Asia, a surprising fact given how many of his photographs were shot across the continent.

The gallery was packed, with a massive queue of people waiting for the lifts to take them to the seventh floor. Some gave up and took the stairs, which hilariously were like a construction site, supported by bamboo scaffolding and covered with dust. But the show was worth getting your stilettos tangled in building materials for.

One floor down from the Gagosian, Pearl Lam was opening her new gallery – another reason for the plethora of people trying to make their way in. The entrance to her space resembled a funeral parlour due to it being so tightly packed with enormous bouquets of flowers wishing her success. (Half of the display collapsed in a domino effect later in the evening as the crush of people trying to make their way in and out of the gallery became too much for the flowers to withstand.)

Her exhibition was titled “Chinese Contemporary Abstract, 1980s until Present: MINDMAP” and featured seven leading Chinese abstract artists of different generations. One of the most impressive pieces was a painting by Zhu Jinshi, with thick slabs of paint applied to the canvas. Reminiscent of the 3D effect of Kiefer’s work, it transpired that the artist had lived in Germany where he had become interested by Western abstraction.

Last stop of the evening was the Yayoi Kusama show at the Opera Gallery. Despite the fact I currently resemble a Kusama piece, so numerous are the red dots on my body (thanks to the Hong Kong mosquitos), I was given a large plastic red dot to wear upon entering the gallery. (Additional note, I seem to have had a reaction to the glue on the stickers and now have massive red dots on my arms now…sigh…) The waitresses were dressed in black with Kusama-styled red wigs and served sushi and sake in keeping with the Japanese theme for the evening. There was a nice collection of Kusama’s paintings on display, and fittingly, a large number of them already had red dots of their own beside them.

Today sees the press preview of ART HK, so I’ll be heading off to that now and shall report back.