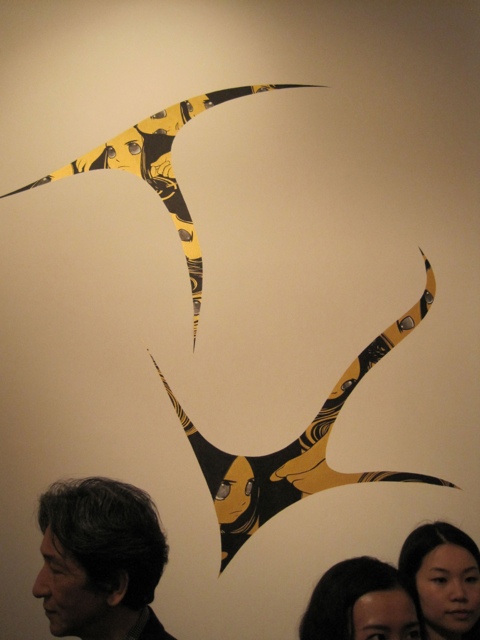 As Hong Kong prepares for its art fair, the last one to be branded as ART HK before it becomes Art Basel in 2013, the galleries have kicked off the week with a series of private views to capitalise on the international visitors who are in to town. 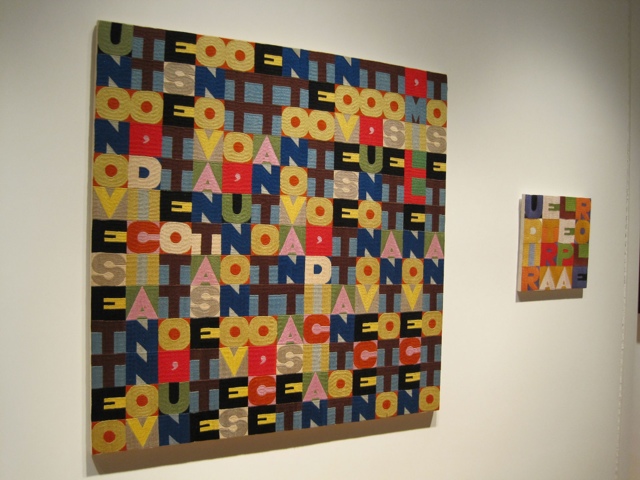 First up on Monday night was the opening at Ben Brown Fine Arts. The London-based gallery, which opened its Hong Kong outpost in late 2009, started the week with an Alighiero Boetti show. The exhibition showcases many of Boetti’s typical embroideries – his Mappas (maps), Arazzi (letters in a boxed formation), Tuttos (everything) – as well as works in other media, such as his Biros (created in pen) and collages.

The artist, who currently has a retrospective at the Tate Modern, was briefly linked to the arte povera movement through some of his earlier work. This show also features pieces by his arte povera contemporaries: Pier Paulo Calzolari, Mario Merz, Giusseppe Penone and Michelangelo Pistoletto. 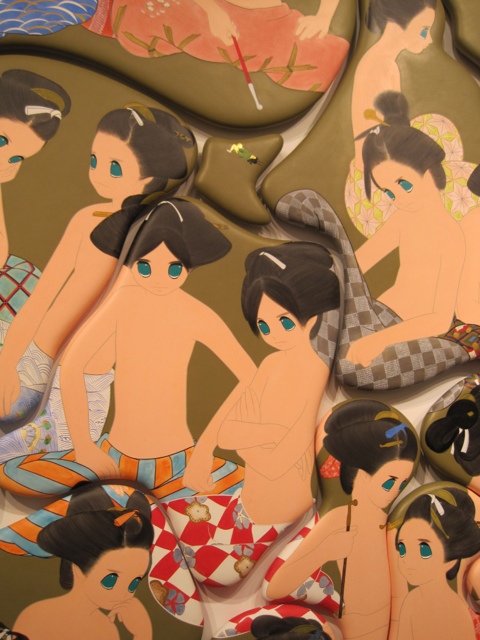 At this point dear reader, your reporter had to do a couple of stretches to prepare herself for the climb to the next gallery. While 10 Chancery Lane Gallery may only be a 10-minute walk from Ben Brown, it is up three hills. Fortunately, the reward was a beautiful show of work by the contemporary Japanese artist Ai Yamaguchi.

Gallery owner Katie de Tilly told me why she is a fan of the work: “Ai Yamaguchi is unique in the way she produces her paintings. She mixes superflat painting with traditional Edo painting. Her technique is super refined – her brushstrokes have no mistakes – with a femininity that is different to other Japanese artists.”

The focus point of the exhibition was the artist’s largest multi-canvas work to date, composed of a number of padded canvases, which gave depth to the otherwise flat manga-style imagery. However the work that seemed to most interest the guests was the Yorokobi series of prints, depicting the seasons through female characters. It could be argued that it was the familiarity of this theme, famously portrayed by artists such as Botticelli and Mucha, that attracted attention, but I think it was the simple lines and the innocence of the characters that created such a strong resonance with the viewer.

So now it is time to rest and recover as there are five openings tonight scattered across town. I shall bring you a full report tomorrow… 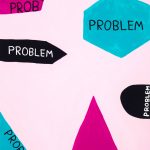 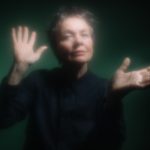 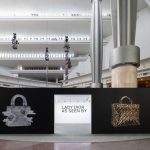 For all you FADistas heading to Art Basel Hong Kong here’s some art/fashion collabs you can check out.