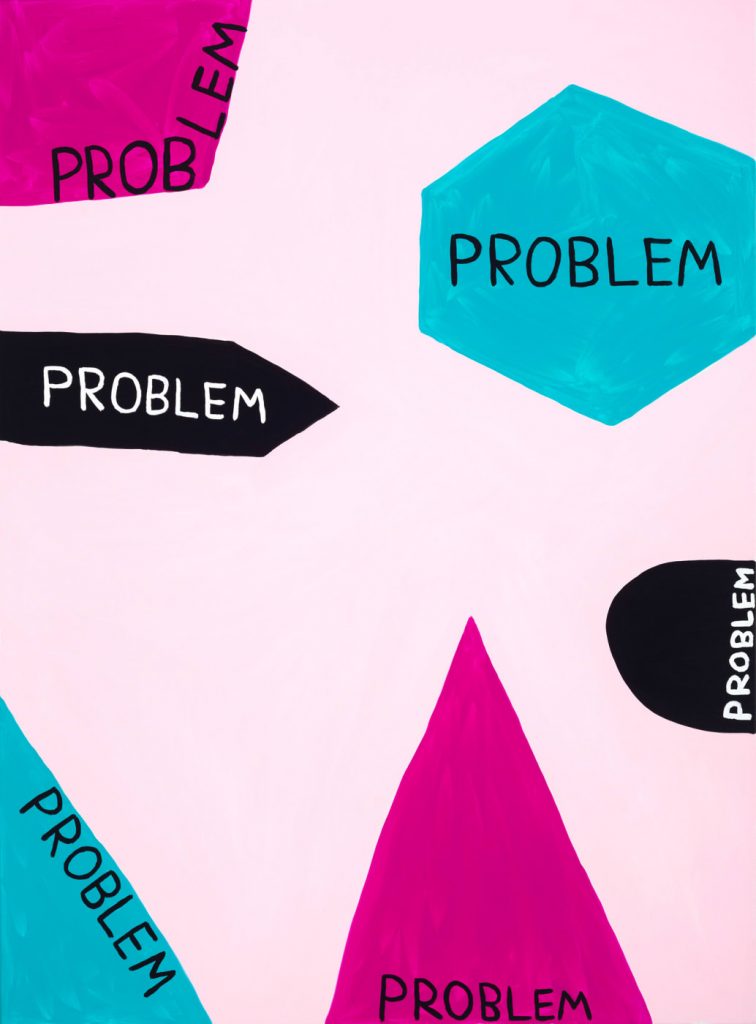 Art Basel Hong Kong’s online experience (available 18-25 March following the cancellation and return of 75% of fees) shows no particular platform innovations in allowing galleries to showcase what would have been at the fair.
Not all took part, and the back-up information varies between galleries from notional to helpful. There’s an option to indicate prices or just ranges of price for each work, and enough opted for the former to make that a potential focus less readily available at the physical fair. I couldn’t help seeing some works – anachronistically, of course – as indicative of the state of the world which has caused the fair to go virtual. Above is David Shrigley’s ‘Untitled’ 2015 at Stephen Friedman Gallery, which seems very cheerful about the problems piling up.  Here are some other examples: 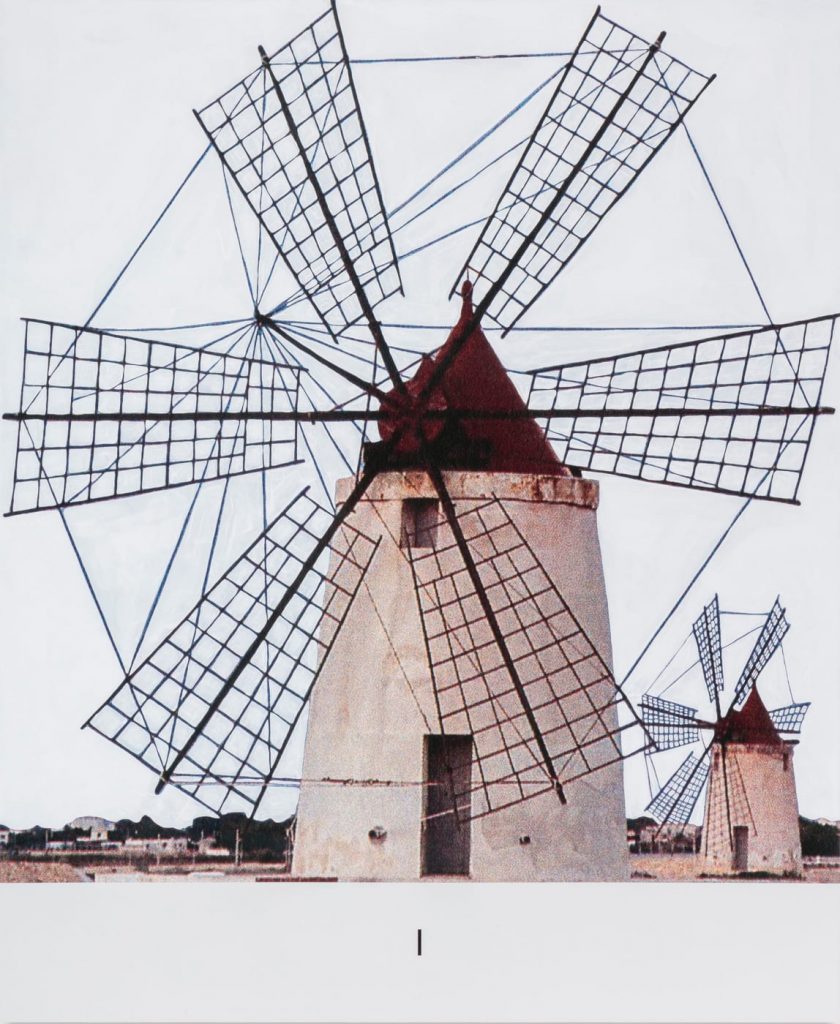 John Baldessari: ‘I’, 2017 at Mai 36 Gallery. Baldessari (1931 – 2020) died at 88, just before he could be classified as vulnerable to Corvid 19.  This over-painted and varnished windmill image is apparently titled to suggest a self-portrait of the artist sadly depleted of sailcloth, or else implying that he tilts at windmills. In fact, it’s from a series for which he ‘chose’ all the titles by sticking a pin into a copy of Cervantes’ ‘Don Quixote’ and using the word or phrase so stabbed. But, in Baldessari, random connections between image and word are the norm, and carry their own meaning. $400,000. 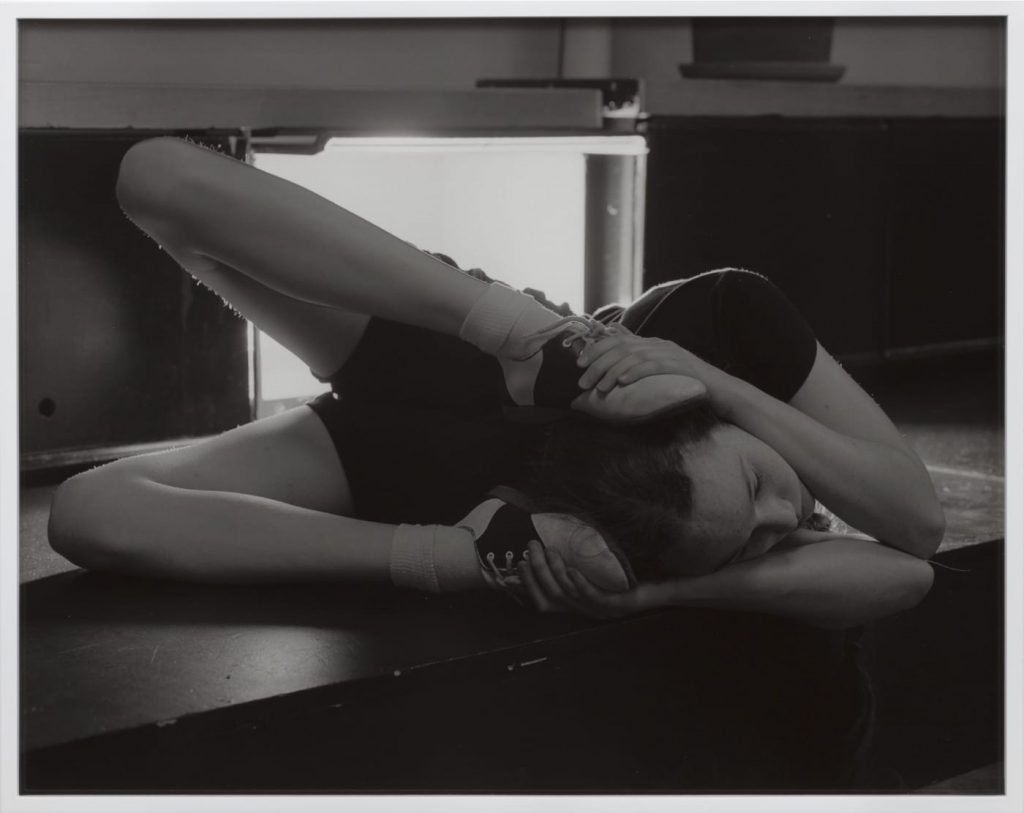 Do try this at home – for this is the time to keep yourself fit and flexible without going out to the gym. That said, the gallery has little idea what to say about Rødland’s photographs, falling back on citing ‘their visual qualities, and the differing ways that physical textures respond to light’ which ‘lends the work a painterly, abstract quality that connects it to the development of photography as a bona fide art form in the Modernist period’. Edition of 3, $16,000. 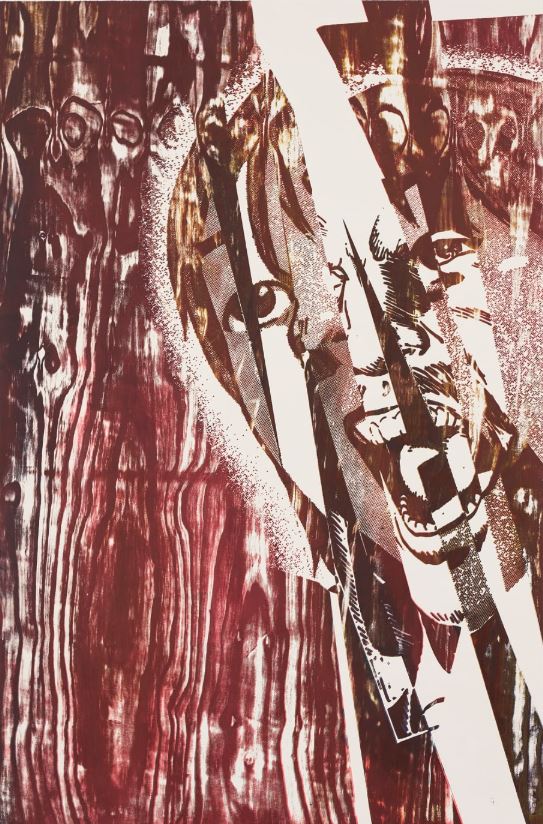 This combination of collage, digital technology and traditional printmaking techniques sees Marclay, with Munch evidently at the front of his mind, cut out fragments of screaming mouths from Manga books and other comics to collage them into new, composite faces. Marclay often pictures sound in some way, her to express an existential trauma that is seen but not heard.  $80,000

Peng Jian uses traditional jiehua, or ruled-line ink painting with a specially-designed Chinese brush and ruler, to represent objects on the border of abstraction. Relevantly, if you’re wondering how to pass the time while stuck at home, these include Rubik’s cubes, building blocks and books, juxtaposed against each other in a mathematical grid-like composition. In $25 – $50,000 range. 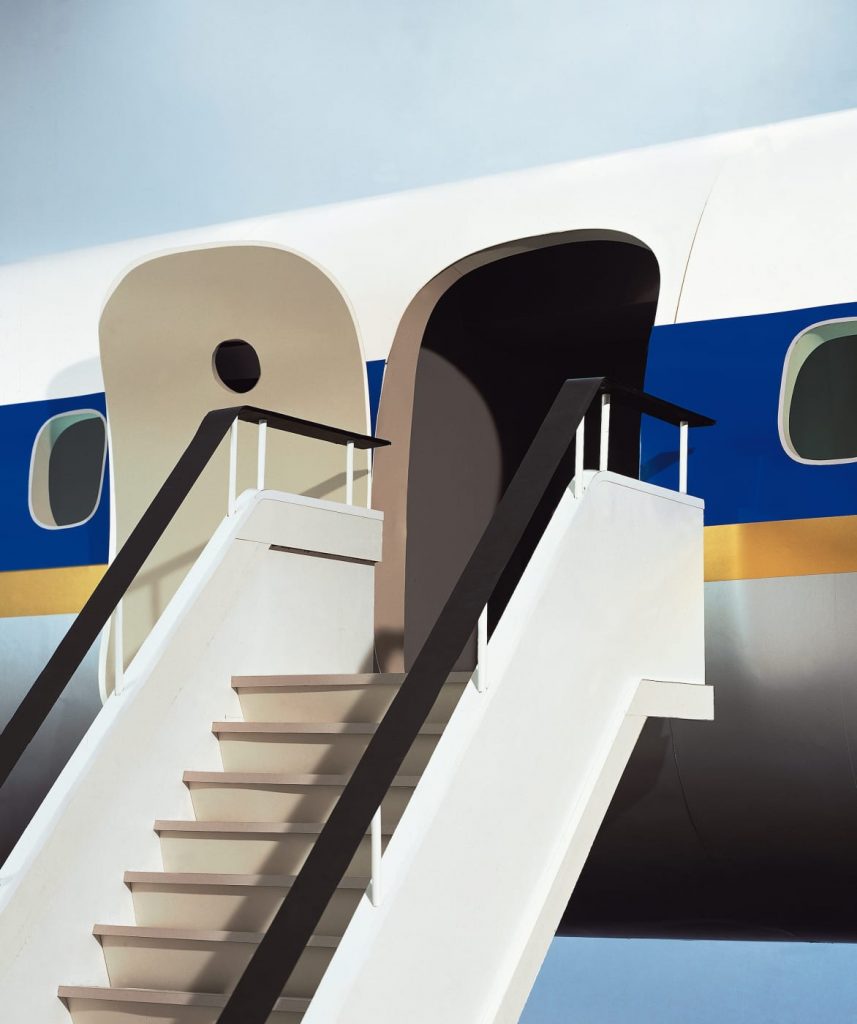 No surprise, I suppose, that no-one is getting off this plane. Not only might the flight have been cancelled, but it is of course an image of a replica scene made out of paper and cardboard, introducing a slippage into the déjà vu. The source image for this photograph was from a more optimistic time: the first visit of Pope John Paul II to Berlin in 1996. Edition of 6, $100,000 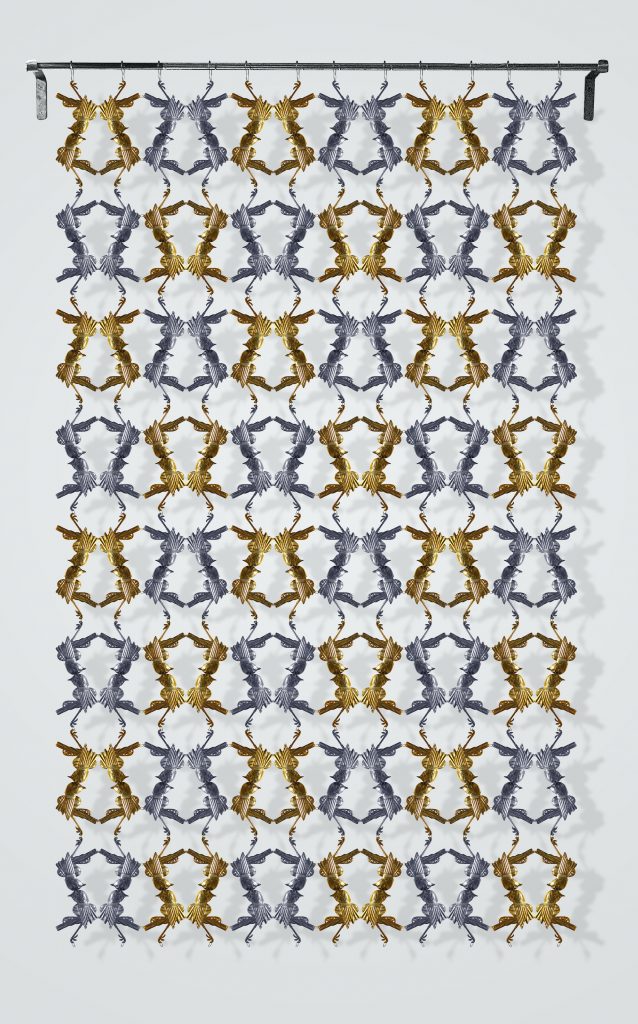 Adeela Suleman: ‘After All It’s Always Somebody Else Who Dies’, 2018 at Sullivan+Strumpf. True, everyone’s life contains only one exception to Suleman’s rule, but it’s arguably the exception that matters. Anyway, Suleman ‘juxtaposes her intricate, initially pastoralized scenes as rendered in the filigree tradition of Islamic art against the hard, formidable qualities of the stainless-steel medium’ to speak of ‘the precarious nature of the human condition inherent in the flux of societies’. Just so, we are lured into death here, as the initially abstract patterns of this ornate steel screen with gold plating turn out up close to be  is made out of birds strung-up.  $16,750 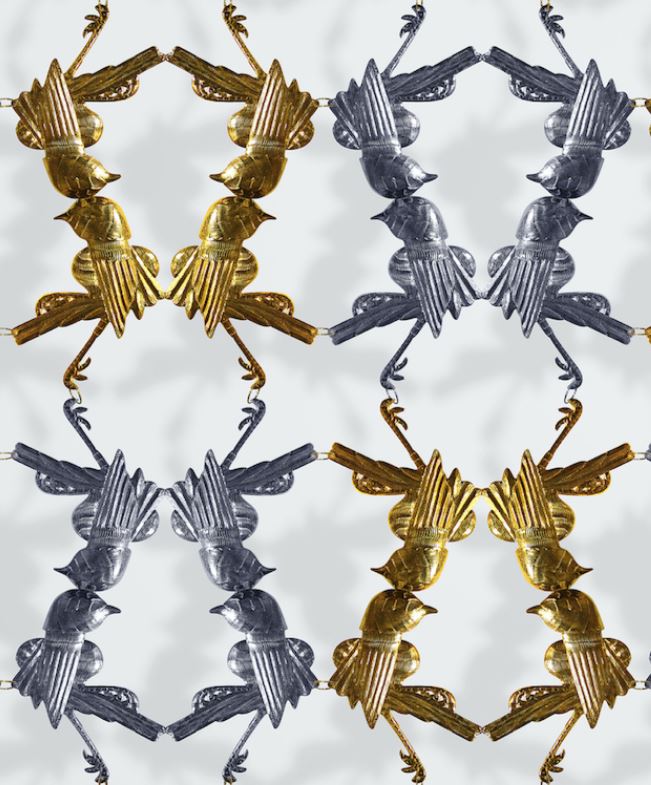